In recent days, many officials and experts in Southeast Asian countries have spoken positively of China's efforts to battle the novel coronavirus outbreak.

His Majesty Maha Vajiralongkorn, the King of Thailand, has expressed his concern over the novel coronavirus outbreak in China and wishes the Chinese government success in overcoming the medical crisis to restore the country to normal. The king says that the world community is impressed by the efforts and determination of the Chinese government and all the measures undertaken by authorities to combat and contain the contagion, which poses a real threat to all of us.

”Myself and the Thai people stand by the Chinese people and wish you success in overcoming this crisis, with the expectation that the situation will be restored to normal as quickly as possible,”  he said.

Singapore ’s Prime Minister Lee Hsien Loong said that China has improved its response to such public health crises. China understands that the epidemic cannot be concealed. The more public the government is, the more effective it can be in fighting the epidemic, so the government is working with other countries to control the spread of the virus, he said. He said that Singapore has confidence that China and other countries will work together to win the battle against the novel coronavirus.

Malaysian Prime Minister Mahathir Mohamad said that the strong measures taken by China have fully demonstrated the determination and confidence of the Chinese government in preventing and controlling the epidemic.

Cambodian Prime Minister Samdech Techo Hun Sen said that Cambodian students and diplomats studying and working in China should remain calm, and the Cambodian people will work with the Chinese people to overcome the epidemic and weather the hard times together, adding that a friend in need is a friend indeed.

Vietnamese Prime Minister Nguyen Xuan Phuc said that the Vietnamese people are very concerned about the present challenges confronting the Chinese people and share their feelings, adding that the great efforts made by the leaders of the Communist Party of China and the government as well as the Chinese people to fight against the epidemic, and the spirit of international cooperation, have contributed to protecting the health of people in the region and around the world.

Minister for National Development of Singapore Lawrence Wong said that it is very clear that the Chinese government is taking resolute and rapid measures to curb the crisis and do its utmost to prevent the epidemic from developing outside China. Singapore and the Chinese government have always maintained communication to jointly respond to the epidemic. China's timely sharing of epidemic information is of great significance for Singapore to detect and combat the virus.、 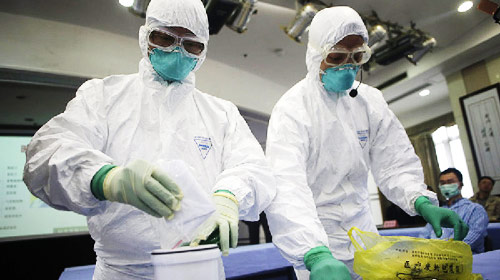