Officials in charge of the Old Summer Palace in northwestern Beijing have announced plans to refurbish one of the original landmarks of the Imperial Garden which had - until recently - been lost to time. 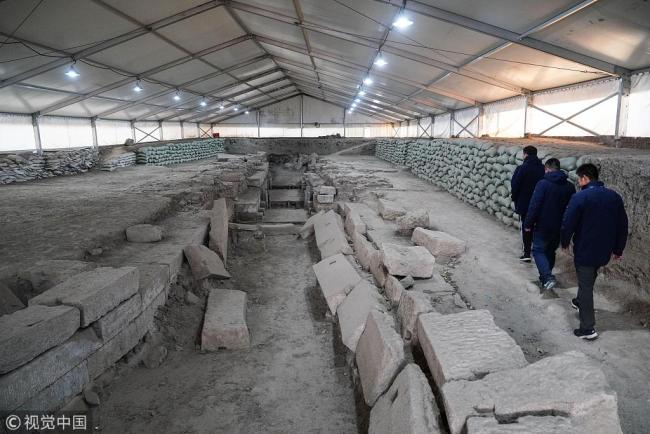 Announcing the results of an archaeological project dating back nearly two decades, officials with the Old Summer Palace, or Yuanmingyuan in Chinese, say they are launching a project to protect the area surrounding the former Great Palace Gate. Announcing the plans on January 28, 2019, authorities suggest the project should eventually lead to the opening of the historic area to the public at some point. The area has been off-limits to tourists since the Old Summer Palace was reclaimed from local farmers and turned into a historical site in the 1980's. The Great Palace Gate, originally completed in 1725, was the largest and most ornate entrance into the Imperial Garden complex. The Gate, and the area surrounding the entrance, was one of the main targets for looting and burning when an Anglo-French force destroyed the original Summer Palace during the 2nd Opium War in 1860. While plans were later drafted to rebuild the Great Palace Gate and other parts of the complex as a retirement home for the regent at the time, financial constraints eventually forced the Qing to declare an adjacent imperial park as the retirement home for the Dowager Cixi, which is now known as the Summer Palace. The declaration of the new Imperial Garden, combined with the internal turmoil within the Qing court at the time, meant the Great Palace Gate was never restored. Old Summer Palace management began an archaeological survey of the Great Palace Gate area in 2002, and later launched a number of archaeological excavations, which have since rediscovered roads and canals which flowed through the Great Palace Gate area. Authorities intend to create three separate protection areas at the site. Once restoration work is completed, officials suggest the area may eventually open to the public.

The sacking of the Old Summer Palace, which was home to the seat of government during the Qing Dynasty, (the Forbidden City was used only for ceremonial purposes at the time) is considered one of the catalysts which ended nearly 2,000 years of dynastic rule in China in 1911.