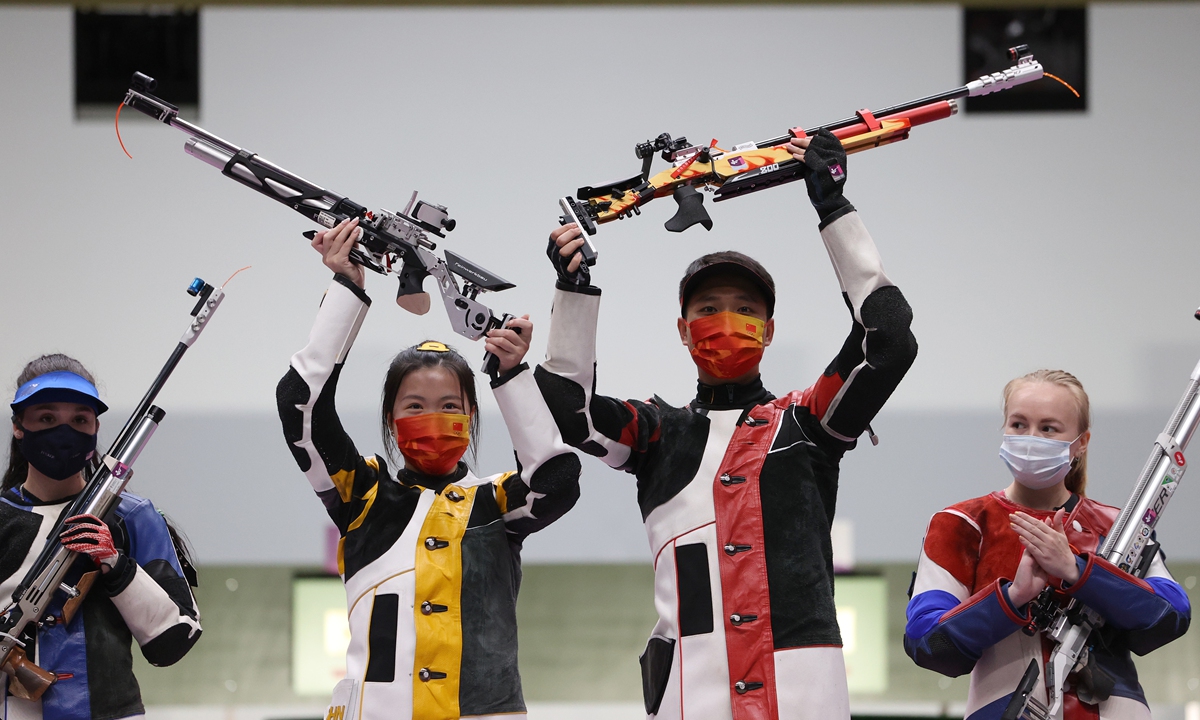 The National Games allows shooters from different provinces and cities to take part in the 10m air rifle event as a team.

The combination of Yang Qian and Yang Haoran, who claimed the 10m air rifle mixed team title at the Tokyo Olympics, is considered the top favorite to win the gold medal.

Shooters from both sides were in good form as the match tied three times before the two Yangs defeated Wang Zhilin/Wang Yuefeng 17-13 to claim the gold.

Earlier on Monday, Olympians Zhang Yu/Sheng Lihao won the bronze with a 16-7 victory over Shi Wenxin/Song Buhan of Liaoning.