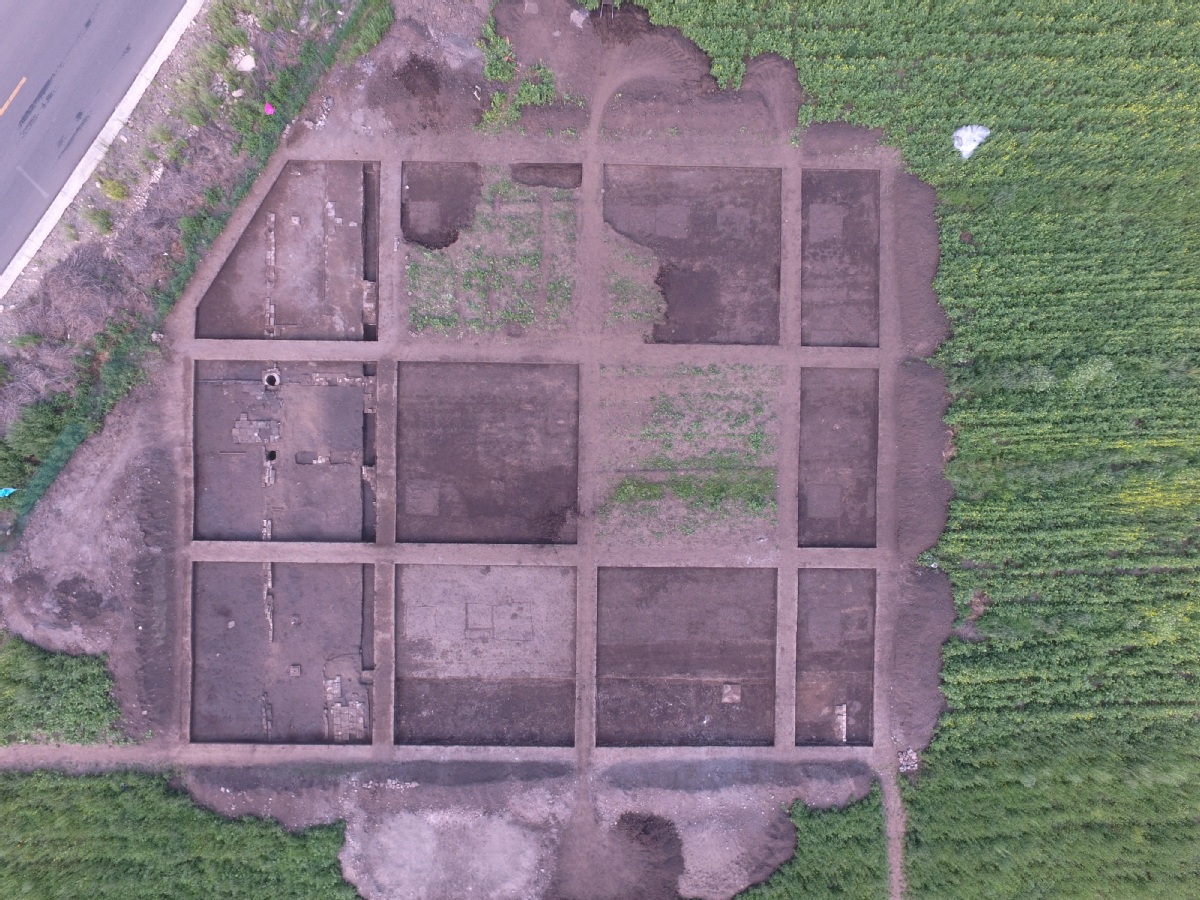 A bird's-eye view of the excavation of the Taizicheng, an ancient imperial palace. (Photo: China Daily)

It might only be one fifth the size of the Forbidden City in Beijing, but Taizicheng, or Prince City, in Chongli district, Zhangjiakou, Hebei province, is set to share the spotlight as the 2022 Winter Olympics draw ever nearer. The 800-year-old royal palace has become one of the city's focal points since it was named as co-host of the Games.

Taizicheng is an ancient xinggong, or imperial palace where the emperor would stay on trips away from the capital. It was built during the Jin Dynasty (1115-1234), according to Huang Xin, an archaeologist with the Hebei Institute of Cultural Relics.

Since May 2017, when the institute and other related government departments started excavating the site to protect it amid the building of nearby infrastructure to support the Games, the veil on its history has gradually been lifted.

The palace is rectangular, 400 meters from north to south and 350 meters from east to west. There are moats outside its walls on the east, west and south sides.

By the end of 2018, a team of archaeologists headed by Huang had unearthed nearly 600 relics, including pottery, porcelain, ironware and stoneware. There are still more relics yet to be unearthed from the site, according to the National Cultural Heritage Administration.

"The site and its relics are meaningful for studying the hierarchy of royal buildings, construction features of ancient palaces and utensils used by royal families," Huang says.

A park being built around the site will showcase the site's archaeological discoveries and offer a glimpse into palace culture, he says.

The name Taizicheng was also selected for the new high-speed railway station in Chongli, which was built for the Games and went into use at the end of last year, cutting travel time between the district and Beijing to about an hour.

"Chongli is a place rich in Chinese culture, but it was not well known by the public before," says Yang Cheng, a 70 year-old resident, who was once deputy head of the district.

As well as the ancient palace, Chongli also boasts abundant remains of the Great Wall that were built during different periods, including the Qin Dynasty (221-206 BC) and Ming Dynasty (1368-1644), Yang says.

The district, which covers 2,334 square kilometers, is surrounded by sections of the Great Wall, a unique feature compared with other places where the wall is found, he notes. Along the sections, there are more than 150 well-preserved watchtowers.

"The unique landscape and profound historical and cultural heritage can provide more fun for tourists who come to Chongli for sport or to escape summer heat," Yang adds.