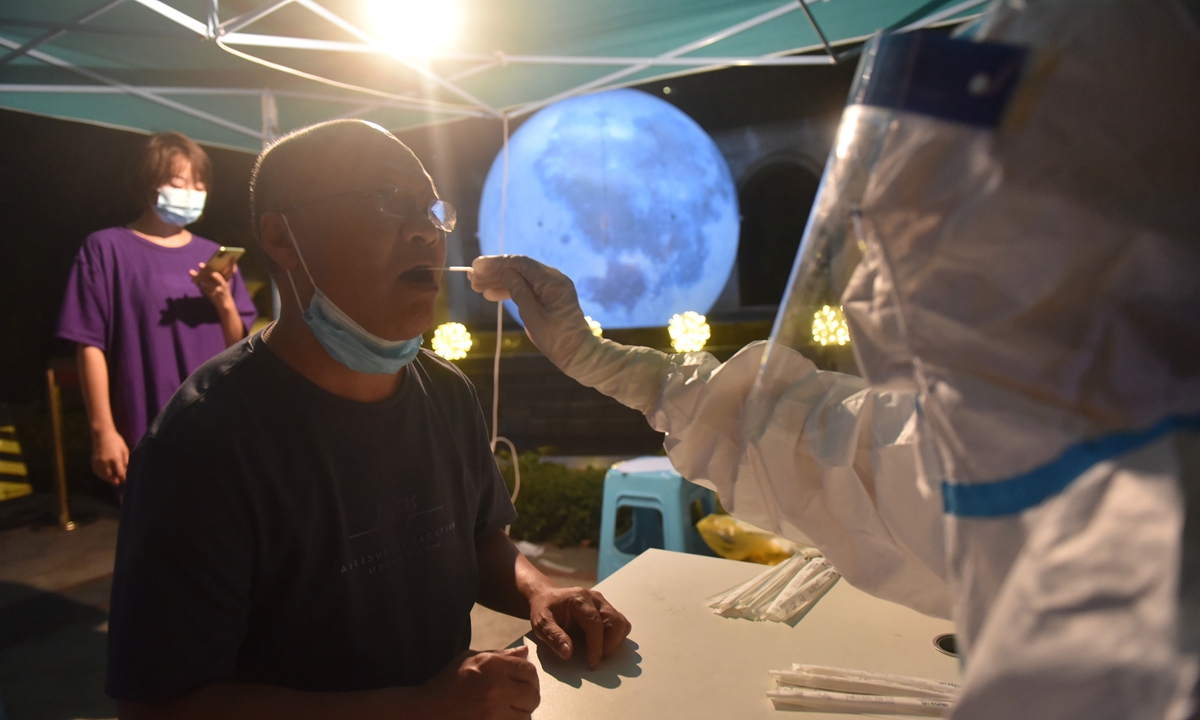 Since the first case was reported on September 8, the city has reported accumulated 19 cases including 16 cases that were discovered in different communities. One of the 16 cases was discovered during a hospital visit while the rest were found through a citywide nucleic acid testing, Xu Yong, deputy director of Neijiang Center for Disease Control and Prevention, said during a press briefing on Sunday.

According to Xu, gene sequencing conducted by the center following the sudden outbreak shows that the variant that has caused the flare-up was the Omicron variant which has two mutation sites that have never been recorded in China's national database.

The menacing epidemic has been spreading in the city for a while with uncertain origin and is still in its development stage, posing a grim and complex situation to the epidemic prevention and control, Xu said.

Despite most infections having no direct relation, the majority of the cases visited the wet markets, supermarkets, gas stations and department stores, according to Xu, who noted that the flare-up has showed a tendency of family cluster infections and a certain degree of community transmission.

Xu warned that the city is in the most critical moment of the epidemic development and reminded the public to carefully check the itinerary of their movements.