CHINA On the moon with Moon Bear sanctuary in China

On the moon with Moon Bear sanctuary in China

"We used to just save bears and keep them alive, but they keep bears alive and well”, said Huang Jianhua, president of the China Wildlife Conservation Association (CWCA) .

Huang made the remarks at the 20th anniversary celebration of the Animals Asia Foundation on Wednesday. As the top bear welfare NGO in Asia, Aniaml Asia promotes compassion for bears and works to bring about long-term change, such as trying to end the barbaric bear bile trade, and operating bear sanctuaries in China and Vietnam, where the animals are rehabilitated and cared for.

The moon bear, also known as Asian black bear and white-chested bear, is a medium-sized species native to Asia and largely adapted to arboreal life. Living in the northern parts of the Indian subcontinent, Korea, northeastern China, Taiwan province, the Russian Far East, and the Honshū and Shikoku islands of Japan, it is classified as vulnerable by the International Union for Conservation of Nature (IUCN) amid deforestation and hunting for its body parts. 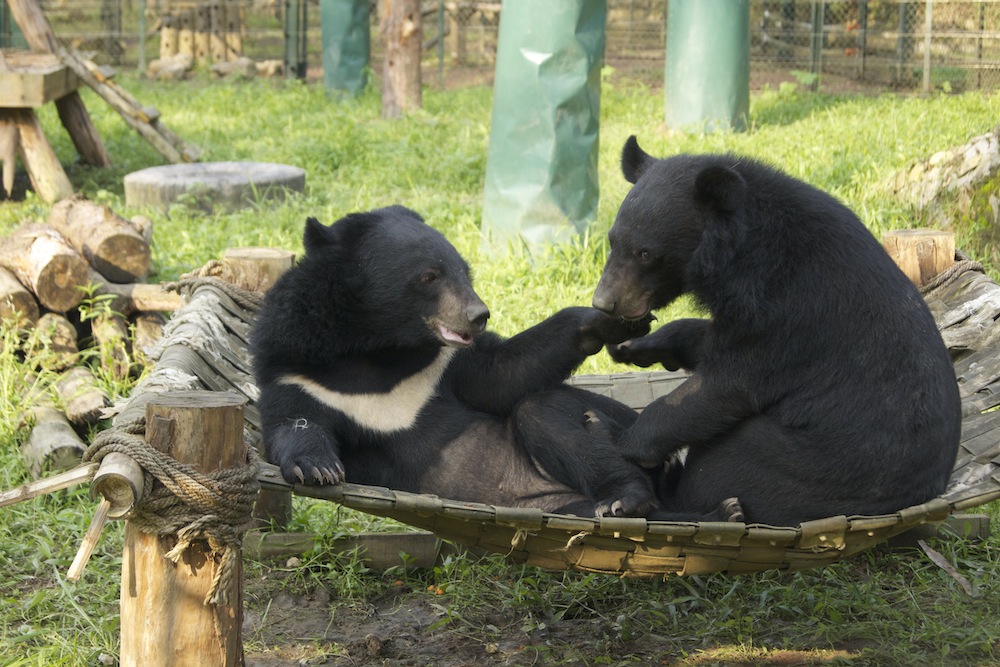 “My first interaction with a bear was in south China’s Zhuhai in 1993. I was walking around a bear farm and she tapped my shoulder, where I had a tattoo with the Chinese characters “yue xiong” — meaning “moon bear” in English. I still remember the first bear that touched my heart and changed my life. And because of that one bear, we are here today and celebrating the rescue of all these bears now”, Jill Robinson, CEO and founder of the charity, told People's Daily.

She could also remember the mixed feelings when the first rescue truck arrived: “It was a cold October evening as the truck pulled up and backed into the entrance to the old hospital. We saw three rusty 'crush' cages with still, black figures inside. As the tarpaulin was pulled back the two female bears suddenly exploded with fear and rage, growling and lashing out at anyone who came near.” 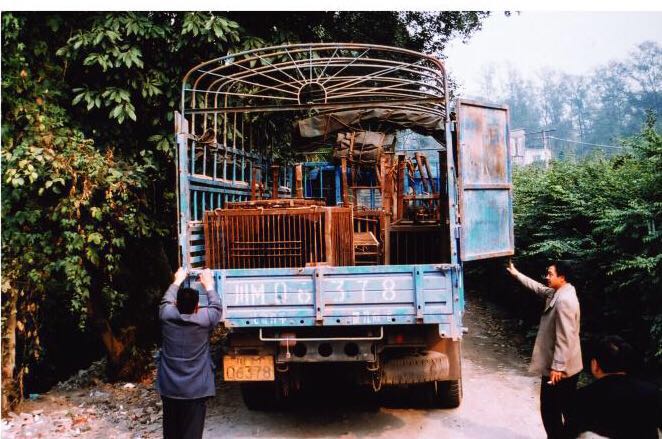 But, there was something different about the third bear in the cage. It was Andrew. 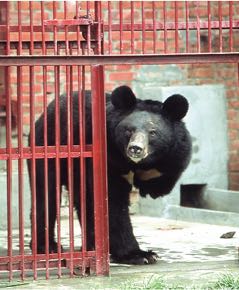 “As soon as I set eyes on him, Andrew stayed calm. It was pandemonium, but in the middle of this horror there he was, lying on his back picking at the bits of metal holding his rusty cage together. Andrew moved us all with his calm and placid nature. It was as if he knew he was about to start a new life, and knew he was safe, where he actually lived seven happy years with us before passing away,” she said. 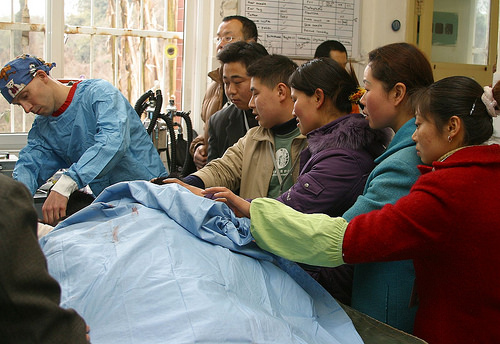 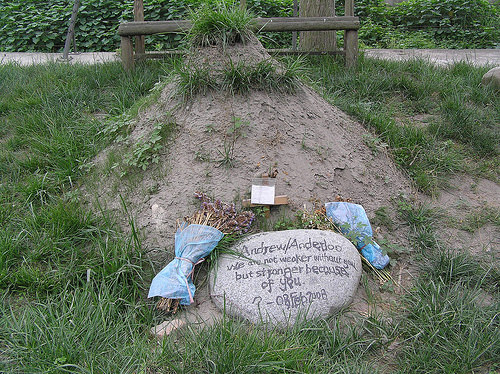 She was moved to tears when talking about her stories with bears. “The bears really astonished us with their forgiveness, their capacity to go on and heal from all the torment they experienced and to be such healthy and agreeable animals. When they go out into the enclosures, when their stomachs are full, when their pain is gone, when their spirits are high, they just play with each other and enjoy everything”, Robinson said. “They ask not why they are here.”

The world-class bear rescue centers in Chengdu, China and Tam Dao, Vietnam provide the bears with comfortable dens and semi-natural enclosures where they are able to recover in safety and spend the remaining years of their lives in the company of others of their species. 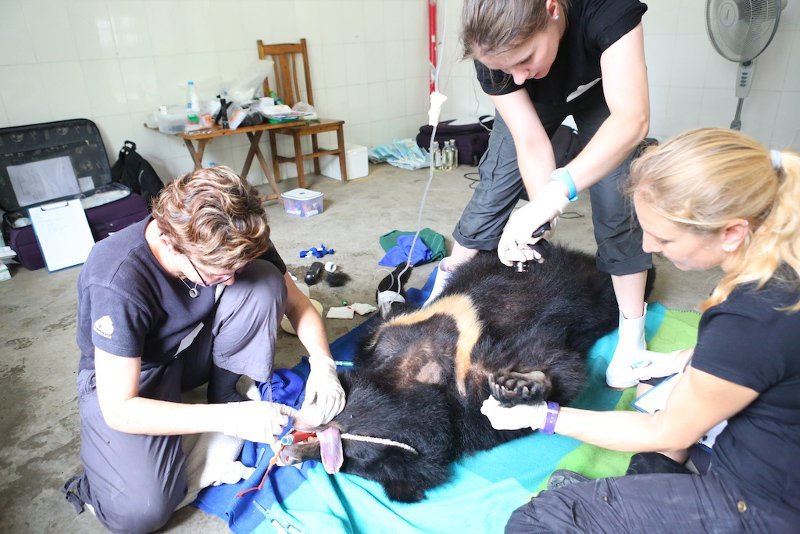 The charity also works on engaging with doctors and encouraging them to sign pledges not to prescribe bear bile, and to suggest alternatives. As much demand for bear bile comes from South Korea, they work with travel agencies and animal welfare groups to raise awareness among tourists that taking bear bile bought overseas to South Korea is illegal. In Vietnam, they also work with law enforcement authorities at key tourist sites to inform visitors that it is illegal to pay for bile extracted at a bear farm.

To date, a total of 610 bears have been rescued from bear bile farming. 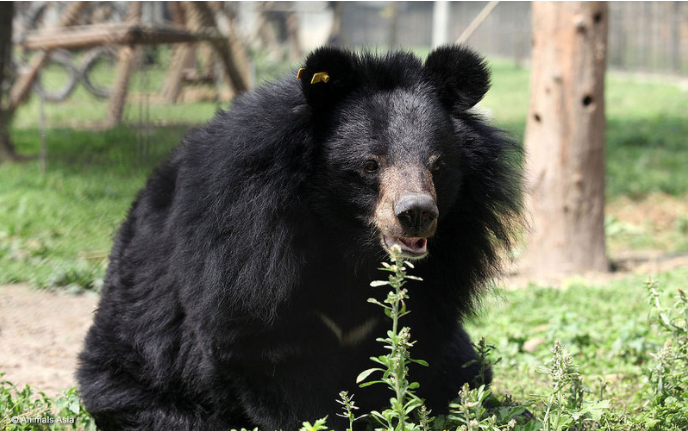 “Rescuing bears is a difficult task and many think that it is Animals Asia only who rescues them. This is not correct. We are only here to help. Those actually doing it are the officials and volunteers of China who so clearly cherish life”, Robinson added.

In 1998, Robinson signed a historic agreement with authorities from CWCA and Sichuan Forestry to help and rescue bears in China, which marked the beginning of a long and fruitful partnership. According to Robinson, forest authorities have endured extreme pressure and indescribable challenges, far beyond people’s imagination.

Since 2000, the Chinese government gave them access to an abandoned wildlife sanctuary and the first 63 rescued bears arrived. Today there are 11 bear houses and 15 natural and semi-natural enclosures – including two special-care enclosures for old or mobility-challenged bears, and two special enclosures for brown bears. These can currently house around 250 bears, depending on their needs (extra space is required for special-needs bears). 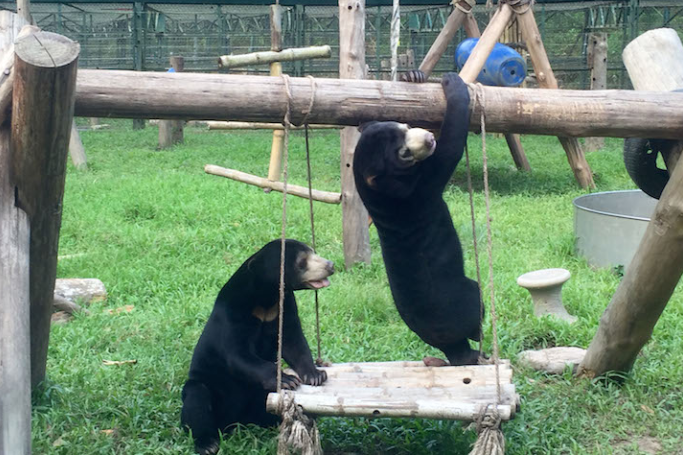 Over the past 20 years, China has seen not only economic transformation but significant change in society that has become demonstrably more kind and compassionate. Twenty years ago, the words “animal welfare” barely existed, but now, growth can be seen in compassion, in animals being brought into people's homes for company, and in the high level of veterinary care.

“We are proud to have been a small part of the last 20 years — witnessing the country's exciting growth and progress”, Robinson said, “We look forward to being part of the next 20, 50, 100 years, together with the people and government of China to help make this world, our environment, our planet a better place.”

The celebration of Moon Bear Day on August 8 every year was announced at the ceremony.

“Every day is a blessing to be with the bears  and be able to work with authorities here to see progress in China and in animal welfare”, Robinson said. 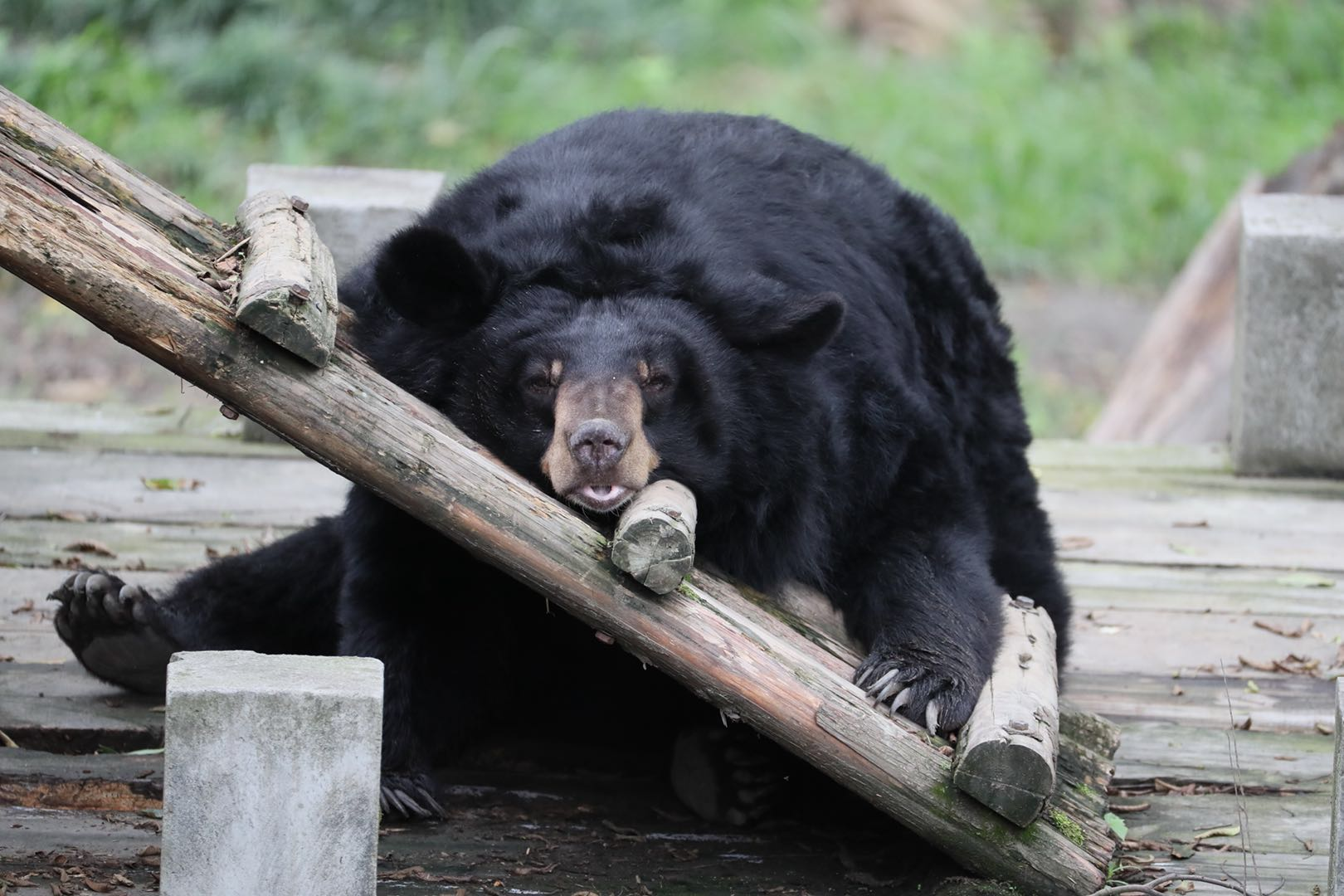