CHINA Once ravaged by lumbering, Yichun now gets green look

Once ravaged by lumbering, Yichun now gets green look

Over the past few decades, Zhang Yingshan has planted nearly one million trees at the Wumahe forest farm in Wumahe district, Yichun city, in the Northeast China's Heilongjiang province. 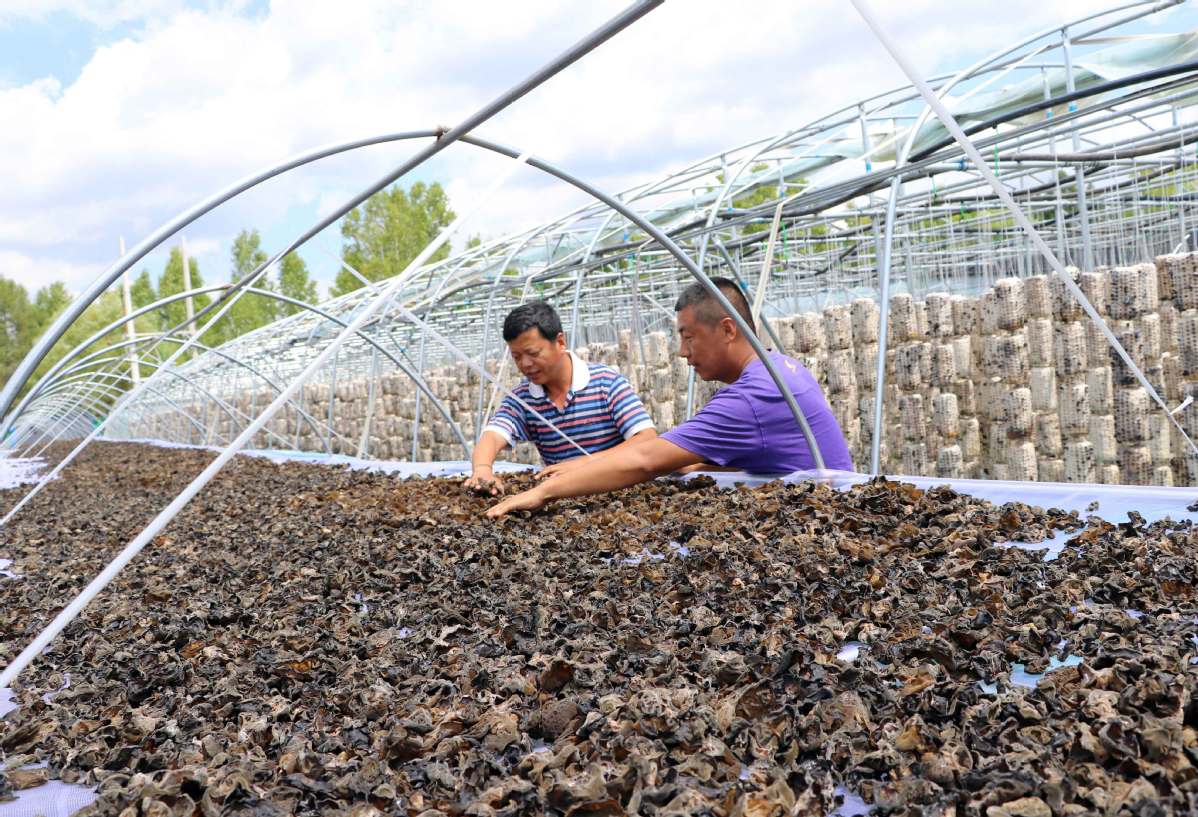 Zhang, 63, a retired forestry worker, entered into a contract with the local government to embark on an afforestation program in 1981. The government bought back the fully grown trees once in three years from him.

"At that time (1981), the city was seeing a boom in the logging industry," he recalled.

He planted the trees in spring and woodcutters felled the old trees in winter.

"In winters, trucks loaded with timber were all over the mountains," he said. "Obviously, the rate of planting (trees) was slower."

Zhang's afforestation program has achieved a tree survival rate of more than 97 percent. "I just didn't want to see the mountains bare," he said.

Yichun, the so-called forest capital of China located close to Russia, that used to rely heavily on commercial logging for economic growth, has accomplished a smooth transition to green, or sustainable development, over the past two decades.

Since 1958, the city has provided China with about 20 percent of the timber used in construction - 270 million cubic meters - making a significant contribution to the nation's growth, according to the local government.

However, excessive deforestation dragged the economy down in the 1990s.

After years of effort to reduce logging, the once-bountiful green land banned all commercial logging in 2013, two years ahead of the rest of China.

The decision gave the forests ample time to recover, and the green cover increased from 78.4 percent in 2000 to 84.4 percent last year, which has been attributed by officials in the Heilongjiang province to the revitalization efforts in the region.

At a panel discussion held on March 8, during the 13th National People's Congress, Zhang Qingwei, Party secretary of the Heilongjiang province, said the province will strive for breakthroughs in its business environment and improvements in the working style of officials.

Over the past few years, the province has been focusing on supply-side structural reforms, accelerating the transformation and upgrading the traditional industries, and promoting the development of emerging industries.

During the discussion, Wang Wentao, the governor, highlighted the province's abundant tourism resources, including forests, wetlands, ice and snow.

"From the data, we can see a promising future and we believe we can turn the ecological resources into an economic advantage," he added.

Meanwhile, Yichun native Liu Yangshun's farmhouse restaurant, which underwent a two-monthlong renovation, is all set to receive tourists from across the country.

Liu, 66, a retired forestry worker from the Xishui forest farm in Yichun's Shangganling district, opened the restaurant in the summer of 2016.

"Last year, my family earned more than 120,000 yuan, a figure unimaginable 20 years ago, when we were struggling to make a living," he said.

"Before 2016, my son had to go in search of job opportunities, especially in the construction sector. Now he has returned home, and he helps me in managing the restaurant."

Liu worked in a small forest farm for more than four decades, as a woodcutter for the first 20 years, and helping to preserve the forest in the last 20.

"Fifteen other villagers have opened their farmhouse restaurants in the forest farm in recent years, attracting more tourists every summer, the busiest season in the city," he said.

"Ecotourism, black fungus plantation and cultivation of organic food are key sources of revenue for all the 258 families in the farm," he said. "We plan to further upgrade the development of ecological economy."

Liu is not alone in seeing improvements in life and work since 2016, after President Xi Jinping stressed the importance of developing a green economy.

Jia Cunge, a forestry worker from Xishui, has been busy harvesting black fungus for the past few months.

Jia, 53, began black fungus cultivation in greenhouses in 2000. Since he had little experience, he began to learn the techniques from experienced planters in nearby forest farms, and also bought books on farming.

"I saw good results, which encouraged the other villagers," said Jia, who said he made a profit of 15,000 yuan in the first year.

Then, he went on an expansion, establishing 30 greenhouses, and earning an average of 150,000 yuan every year.

Jia has collected about 10,000 kilograms of black fungus this year, which has been dried in the sun. It is likely to fetch him a profit of more than 100,000 yuan.

"The Xishui forest farm has a population of 611, of which 257 are forestry workers," said Zhen Changlong, the head of Xishui forest farm. "We achieved a per capita income of 35,350 yuan in 2018, with a progressive increase of 30 percent in the past three years."

While speaking at a group discussion with deputies from Heilongjiang in March 2016 during the annual session of the National People's Congress, Xi called for more efforts toward environmental-friendly development in the area.

During his trip to the province two months later, Xi encouraged the local residents to create sustainable businesses based on protection and conservation of natural resources.

Last year, Yichun had industries ranging from ecotourism and organic food to medicinal materials and wood art, according to a government report.

Overwhelmed by tourists who flock to the city from across the country, especially to the summer retreats in its dense forests, Yichun has served as a prototype for Heilongjiang's shift to a more environmental-friendly and sustainable economic model over the past few years.

Han Ku, the mayor of Yichun, said there are more than 260 centers built for planting of blueberries and black fungus, besides breeding of chickens and pigs.

The city has also developed industrial zones for incubating small and medium-sized enterprises that specialize in processing agricultural products. One enterprise, for instance, has managed to extract anthocyanin, an antioxidant found in blueberries. Anthocyanins are said to offer anti-inflammatory, anti-viral, and anti-cancer benefits.

Looking ahead, the local government not only plans to make more efforts toward building an ecological civilization, but also stand out as a national pilot zone for the concept.