One-China principle is not negotiable: spokesperson 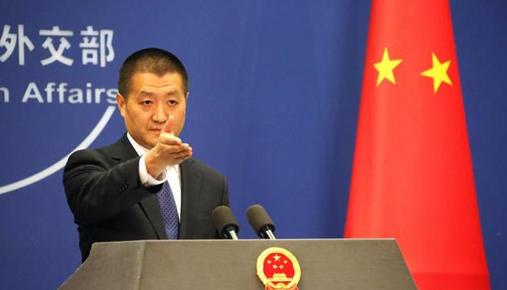 The one-China principle is the political foundation of the China-US relationship and is not negotiable, said a Chinese Foreign Ministry spokesperson Friday.

Reports state that the US Embassy in China said Thursday that the Chinese side has rejected a US request for negotiation on China's requirement for US air carriers to change their identification of Taiwan.

"It is an objective fact, a common sense and a universal consensus of the international community that there is only one China in the world and Taiwan is a part of China's territory," spokesperson Lu Kang said at a news briefing.

"The relevant notice issued by the Civil Aviation Administration of China (CAAC) reflects the consistent and firm position of the Chinese government on the one-China principle, and the relevant requirement is completely legal and reasonable," the spokesperson said.

He said that China welcomes foreign enterprises to invest in China. In the meanwhile, foreign enterprises operating in China must respect China's sovereignty and territorial integrity, abide by China's laws and respect the national feeling of the Chinese people.

"I would like to emphasize once again that the US government should urge its relevant enterprises to abide by the one-China principle and rectify the sites as soon as possible," Lu said.