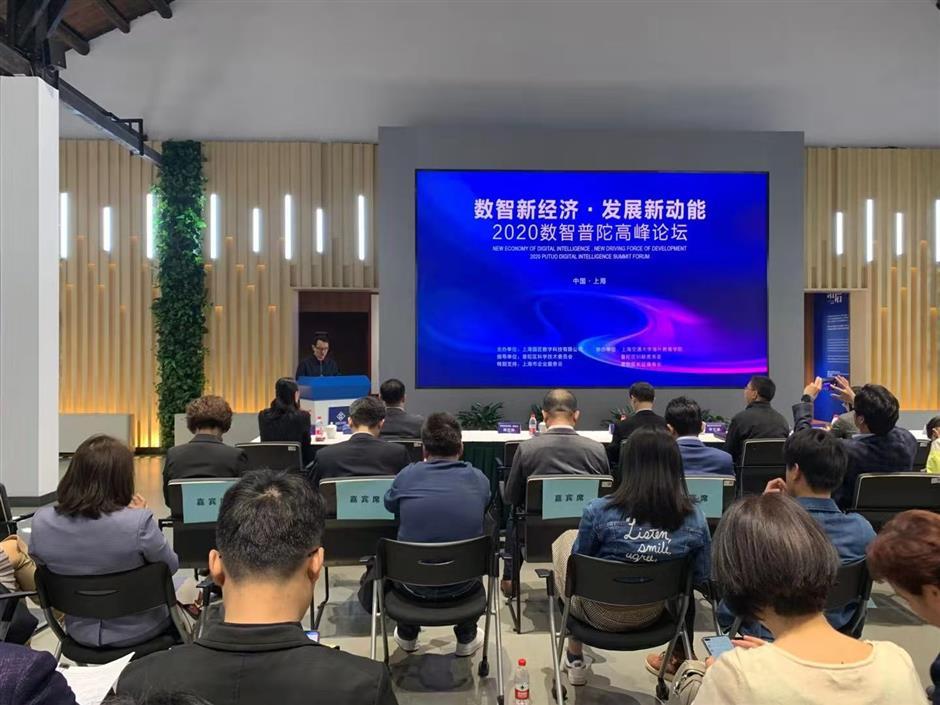 The 2020 Putuo Digital Intelligence Summit Forum is held at the China-Israel Innovation Hub over the weekend.

New online business and technology companies in Putuo District will receive special support as part of the district government's aim to create a modern digital economy.

It released a guideline at a forum over the weekend aimed at supporting new infrastructure and the development of online new economy.

The boom in the online economy after the COVID-19 pandemic has brought more opportunities for tech firms and online businesses.

New infrastructure, such as 5G base stations and charging stations for electric cars, are expected to help restore the economy after the pandemic as well as drive future economic development. Many local districts such as Yangpu have released action plans to drive the online economy.

Tech companies who develop breakthroughs, for example, will receive up to 5 million yuan (US$757,000) in subsidies, Li told the 2020 Putuo Digital Intelligence Summit Forum at the China-Israel Innovation Hub.

Putuo has already attracted a number of leading digital economy tech firms such as the JD Cloud & AI, 360, Alibaba, ByteDance and Guojiang Technology, which is also the organizer of the forum.

Putuo has listed the digital economy as the major engine to drive the development of the region in the wake of national and citywide campaigns to boost the Internet-plus and digital economies.

Himalaya University, China’s first university focused on the online economy, has been jointly developed by the Putuo government, Shanghai Huayi Group and Shanghai-based podcast platform Himalaya in the Taopu area of Putuo.

Neighboring the China-Israel Innovation Hub, the university aims to train high-level elite talent for the development of online new economy.