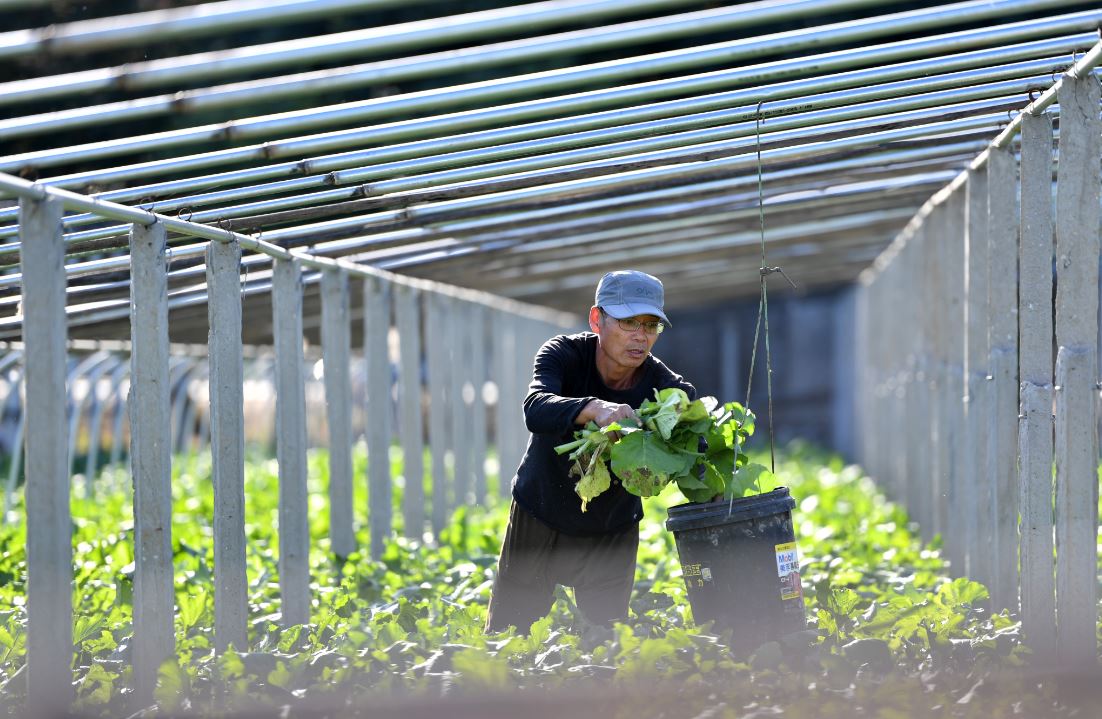 A farmer works at a Shawo radish greenhouse in Xinkou township of Tianjin on Oct 8. (Photo: Xinhua)

Shipments of Shawo radish, which has gained a reputation in China as a major culinary ingredient for State banquets since the 1970s, are expected to see a 20 percent growth this year due to online sales, according to an official in Xinkou township of Xiqing district in Tianjin municipality.

Ren Xiuyuan, Party secretary of Xinkou township, attributed the growing market presence to the region's efforts to build online channels with market leaders. "We have invested heavily to team up with leading e-commerce giants like JD, top delivery company China Post and market leader New Hope, in a bid to secure top-notch channels, which is key to online sales," he said.

"This year, the strengthened partnership with companies will open new growth avenues for us," he said.

Shawo radish is an ideal example of how online firms are powering agricultural product sales in China. Statistics indicated that during the first three quarters of this year, China's online agricultural products sales hit 282.4 billion yuan, up 26.4 percent year-on-year, according to the Ministry of Commerce.

An industry expert, however, said that Shawo's success is hard to replicate because of its large investment, including "up to 400 million yuan from the government to protect the local ecology and environment" and the amount spent on patent protection.

From next year, Shawo radish will have "origin marks" and the variety will be available only through the JD platform, to ensure its authenticity.

In fact, the fake Xiaozhan rice varieties have crimped the contribution from online sales to the total despite being one of the first to make products available through such channels.

Wang Zhongqin, a professor of e-commerce at the Tianjin Chengjian University, indicated that several e-commerce companies for agricultural products have shut shop in Tianjin in recent years as it is hard for them to continue spending money on leading online portals as it takes some time for the authentication of quality products and patent protection.

Qian Fangli, director of the division of electronic commerce and information under the Ministry of Commerce, said in a previous interview that despite the strong growth in the online sales of agricultural products, many companies in the sector are still reliant on favorable policies and capital support.