HONG KONG, Aug. 15 (Xinhua) - A joint statement signed by "a group of people born and raised in Hong Kong" was published on the front page of several Hong Kong newspapers on Thursday, initiating an online petition and calling for public support for putting an end to the ongoing violence and chaos in Hong Kong. 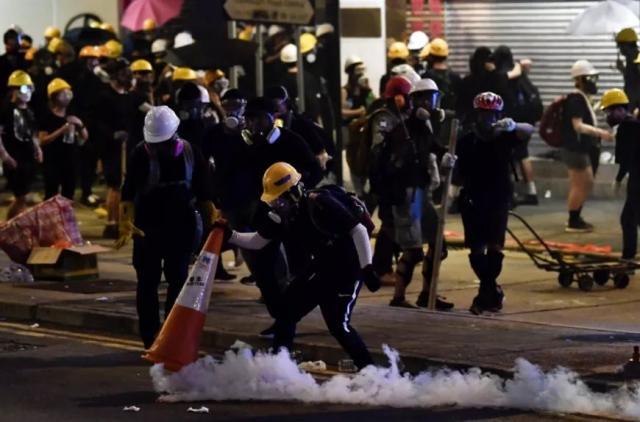 "We strongly appeal to the general public to support our five demands so as to set things right," said the statement.

One of the five demands is to firmly support the Hong Kong Special Administrative Region (HKSAR) government in governing according to law and the police in enforcing the law strictly to stop all acts of lawlessness, bullying, sabotage and riots.

They asked the HKSAR government to suspend the approval of all public demonstrations and assemblies until social order is restored, and urged MTR and the airport authority to upgrade security and contingency plans to prevent disruption of services by demonstrations.

Parents, principals and teachers of primary and secondary schools as well as universities were urged to do their best to discourage students from engaging in illegal activities.

They demanded that law enforcement agencies severely punish all illegal acts that finance, abet and assist violence and disturbance, and the HKSAR government sternly penalize media that disseminate inaccurate reports, condone and glamorize illegal acts and violence, advocate disruption of social order and obstruct law enforcement by the police.

Noting that people in Hong Kong must work together to safeguard social order, the statement urged the general public to participate in the online petition to rally strength and make strong and rational voices against violence.