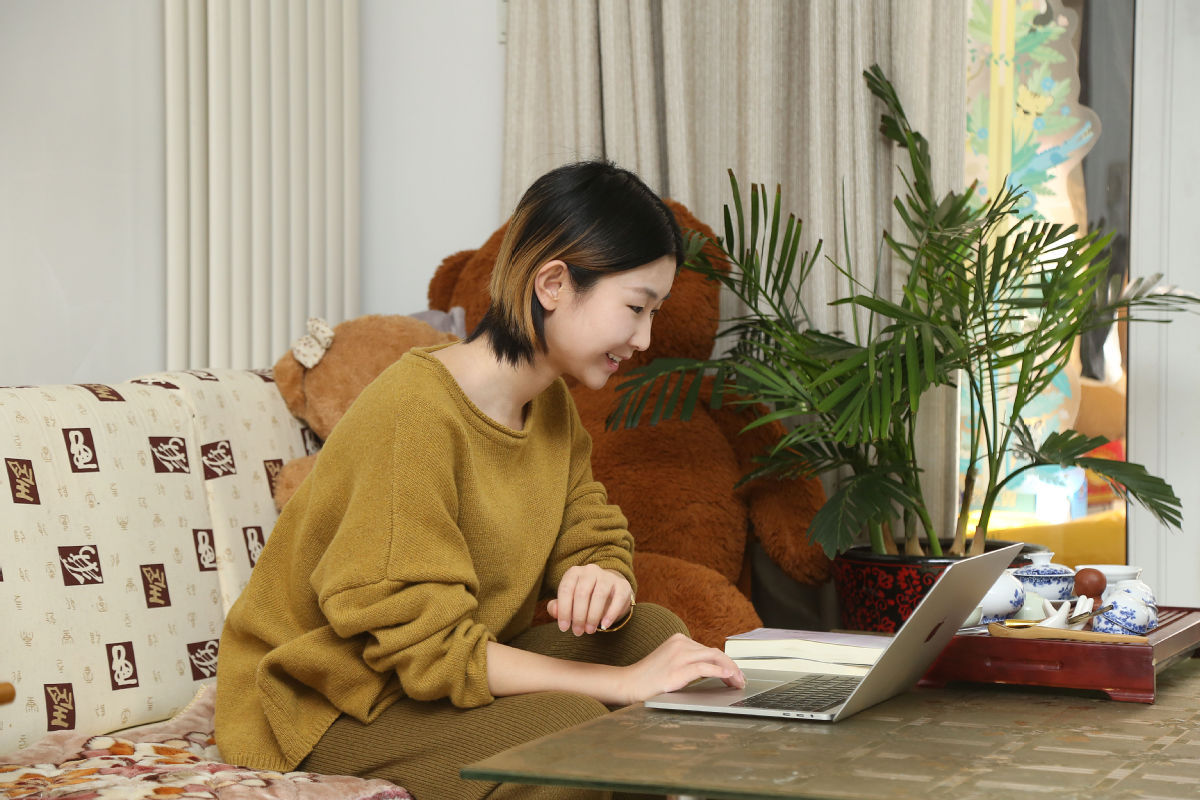 Until the novel coronavirus outbreak swept across China, Tong Jing, a photographer and drama enthusiast, never imagined that plays would be postponed indefinitely and she would be unable to take photos of performers in the capital's theaters.

"It has prevented people from gathering and reduced the flow of humanity to curb the spread of the virus, which has caused great difficulties for rehearsals," the 24-year-old said. "I was unable to do my job."

Anti-virus measures have seen theaters closed nationwide, while scheduled movies and plays may be delayed for a long time to come.

Tong said she missed participating in dramatic activities with her working partners, such as the Wuzhen Theater Festival in Zhejiang province, in addition to days spent planning plays or discussing scripts and screenplays with friends.

As she became more frustrated and even annoyed at the suspension, she asked herself, "Do we have to study a play or organize a performance face-to-face, or is there any way we can transfer our activities online?"

She ran with that idea and began using broadcasting software and smartphone applications to plan plays with actors and other performance enthusiasts. Then, she urged them to perform and read scripts in cyberspace.

After a couple of attempts, she found online audio performances were more popular with cast members than livestreaming. "That's because audio performers at home don't need to apply makeup or prepare props for the shows," she said.

"In other words, what we're doing is voice acting, and I have realized that performing this way, which is like a radio play, is also powerful."

In one period, from Feb 11 to the middle of last month, she organized more than 10 online audio plays, averaging two or three a week.

As a play planner, Tong said she is responsible for preparing scripts, making posters and arranging roles for her peers, adding that they usually meet online at about 3pm to read and analyze scripts.

The online performances begin at 7:30 pm, with each play lasting about two or three hours, she said. The dramas are aired via a gaming platform, which allows people using the service to tune in.

One unexpected bonus is that she discovered the activities are being followed by many people, which encouraged the young play planner to continue with the online performances.

"That's to say, our plays have an audience. When I saw that some people had left comments and shared their feelings about our performances after long plays online, I was surprised and very moved," she said with excitement.

"They can listen to our plays while dealing with their own affairs and audience members can interact with us or try to play a role if they are interested. Such impromptu involvement is cool. The outbreak has stopped my job, but it cannot dampen my enthusiasm for planning plays and performances."

She added that being forced to stay at home not only prompted her to innovate in her work, but also helped her discover more enjoyment and satisfaction in the performances. When asked if she will continue to provide online plays when the outbreak ends, she replied, "Of course!"