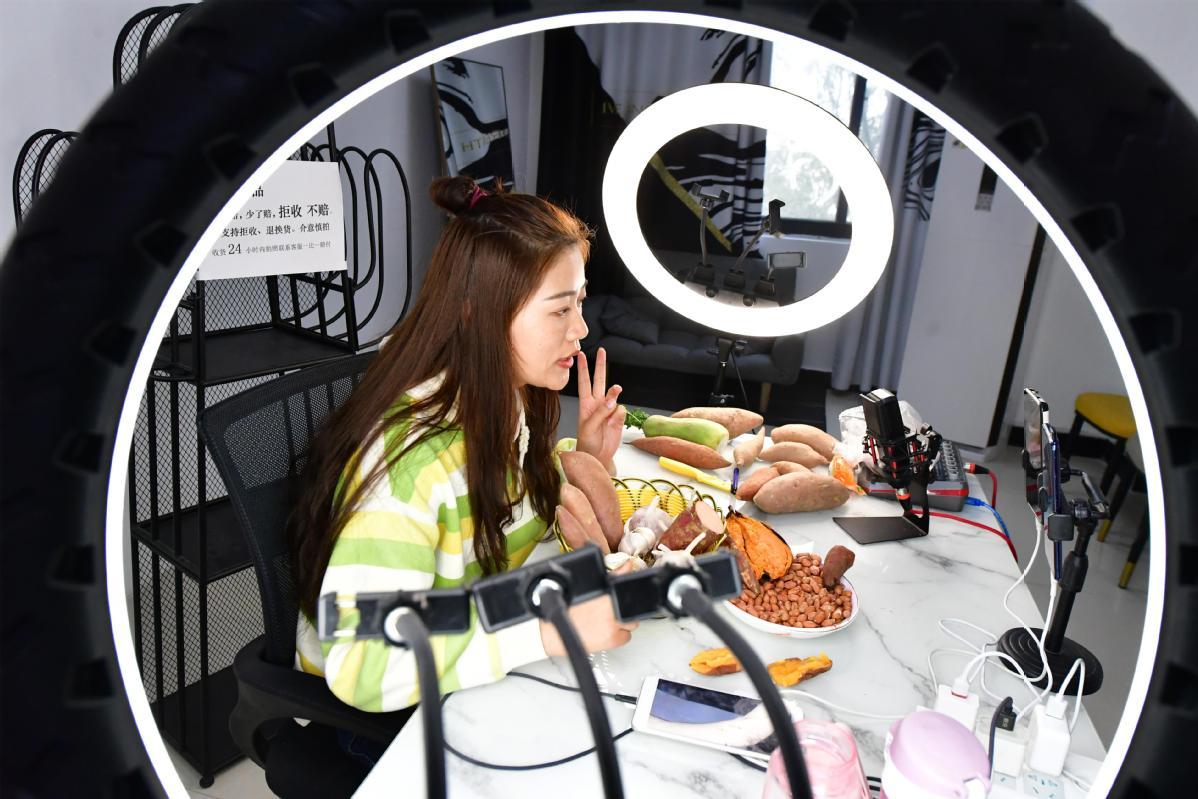 Online sales of products from rural areas have grown more than ninefold since 2014, reaching 1.7 trillion yuan ($256.7 billion) this year, thanks to the rapid expansion of internet coverage in China's vast countryside, an official said on Friday.

They were worth 180 billion yuan six years ago, before the launch of a program in 2015 to bolster internet access in some 130,000 rural villages across the nation, said Yang Xiaowei, deputy head of the Cyberspace Administration of China.

As part of a sweeping drive to end absolute poverty before 2021, the program has boosted internet coverage in impoverished villages from less than 70 percent to 98 percent over the past five years, he told a news conference held by the State Council Information Office in Beijing.

Sales of agricultural products are a major source of rural income, and the central authorities have ramped up efforts in recent years to promote sales in wealthier urban areas through channels such as brick-and-mortar stores and vending machines.

As the internet has trickled to some of China's most poverty-stricken villages－such as those in the mountains of Guizhou and Sichuan provinces－the poverty relief authorities have placed greater emphasis on combating rural poverty using e-commerce, as well as improving infrastructure such as roads and cold storage facilities.

"E-commerce has been implemented in all China's 832 impoverished counties," Yang said.

Hong Tianyun, deputy head of the State Council Leading Group Office of Poverty Alleviation and Development, the top anti-poverty office, said the livestreamers' efforts had helped reduce the amount of money siphoned off by middlemen and bolstered sales, but more rules were needed to guarantee product quality and prevent people from profiting under the name of poverty relief.

"It's not allowed to sell dog meat as mutton," he said, using a Chinese proverb about false pretenses.

The expansion of digital infrastructure has also lent momentum to the nation's moves to promote compulsory education and affordable healthcare in poor regions.

Figures from the cyberspace administration show that internet coverage in schools－including small ones in far-flung regions－rose from 79.2 percent in 2016 to 98.7 percent as of August, allowing rural students to take e-classes taught by celebrity teachers from big cities.

Internet access has also made it possible for all county-level hospitals to conduct medical consultations online, helping to bridge the urban-rural gap in medical resources.