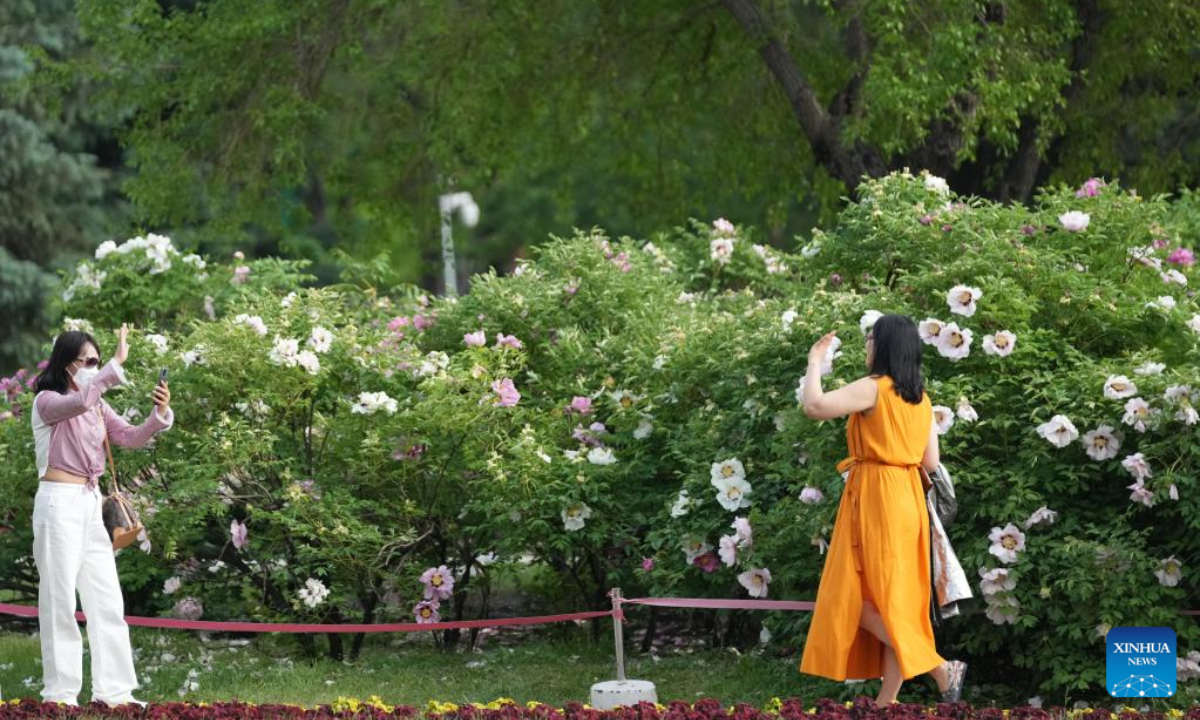 Online searches for air and train tickets have spiked rapidly as China announced it would no longer mark the cities with COVID infections in its travel tracking system, injecting renewed confidence in a travel surge in the coming weeks.

The data came about 30 minutes after the Ministry of Industry and Information Technology announced on Wednesday that the authorities will no longer marks cities with COVID infections in travel tracking system to balance coronavirus control and economic development, which is expected to facilitate a revival of tourism.

In the past, those from the marked cities often face restrictions while traveling.

Since the end of May, 24 cities have loosened their COVID-19 test policies, by either reducing the frequency of tests, or like the city of Zhoushan in Zhejiang Province, suspending regular weekly testing. Thirteen cities in seven provinces including Jiangxi and Zhejiang require no COVID-19 test results for people from low-risk areas, Jiemian News reported on Monday.

To boost the coming travel peak, nearly 500 scenic spots across China have announced free tickets or discounts for special tourists including students and medical workers in a bid to revive tourism, after COVID-19 flare-ups in many Chinese cities were effectively contained, according to Trip.com.

Some scenic spots in Zhangjiajie, Central China's Hunan Province, better known as the mountains in Avatar, are open to students free of charge until August 31, according to the local tourism bureau.

Universal Beijing Resort reopened on Saturday after being shut down for nearly two months, followed by Shanghai Disneyland which will resume operations from Thursday, after a three-month-long shutdown.

China on Tuesday tweaked its COVID-19 prevention playbook to halve the quarantine time for close contacts and international arrivals from 14 days to seven days, which also boosted confidence in the market.

Several airlines interviewed by Global Times confirmed their enthusiasm toward the policy.

"We are encouraged by the recent announcement about the relaxation of border controls, as China begins to ease some of the domestic and international travel restrictions," Chan Cheong Eu, Qatar Airways Senior Manager for Sales, North Asia, told the Global Times, adding that they look forward to increasing their destinations in China as local condition permits.

Hong Kong Airlines said on Wednesday that it will resume routes between Hangzhou and Hong Kong from July 2, and more routes are expected to resume in the coming days.