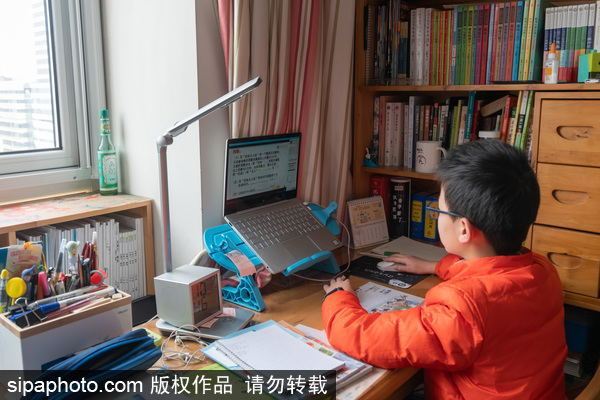 A boy wearing glasses interacts with his teacher during an online class in Shanghai on March 3, 2020. (Photo: sipaphoto)

The myopia rate among Chinese primary and secondary school students increased by 11.7 percentage points in the first half of this year as they spent more time studying online due to the impact of the COVID-19 pandemic, the Ministry of Education said on Thursday.

"The situation is not optimistic and the reason for high school students having the lowest growth rate is that their myopia rate was already very high," he said.

With the country planning the full resumption of in-class teaching for the fall semester, the ministry has asked schools to limit time spent on online courses to curb the myopia rate among students, he said.