CHINA Only 40% of COVID patients generated an immune response

Only 40% of COVID patients generated an immune response 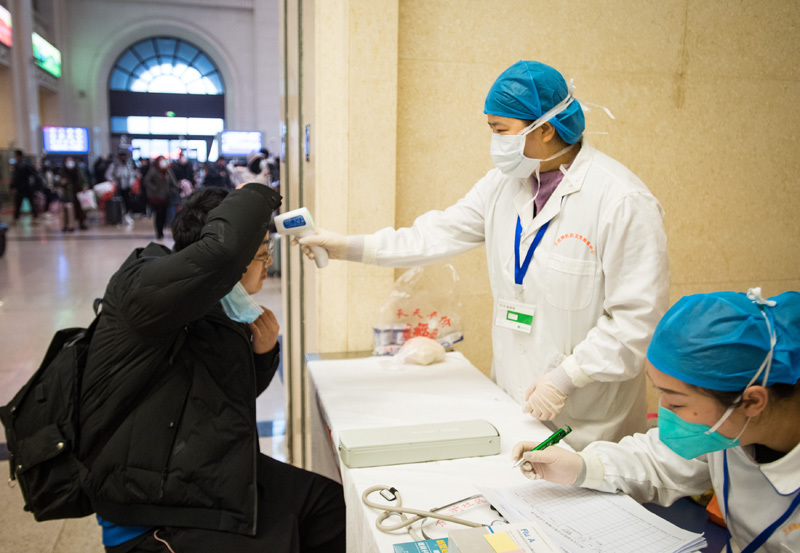 Only 40 percent of people in Wuhan, Hubei province, who tested positive for COVID-19 antibodies had generated adequate immune responses that can prevent reinfection for at least nine months, a study published by Chinese researchers on Friday showed.

These results have underscored the essential role of mass vaccination in establishing herd immunity as natural infections may not invoke neutralizing antibodies that can fend off future infections, the study said.

The new study, published in the medical journal The Lancet on Friday, tested and surveyed more than 9,500 residents across Wuhan－the hardest-hit city in China－three times from April to December.

Of the 532 participants who tested positive for COVID-19 antibodies in Wuhan as of last April, 40 percent of them had developed neutralizing antibodies during the first phase of surveys conducted in mid-April. The rates remained stable at 45 percent in June and 41 percent in the period from October to December.

"Even at the epicenter of the pandemic in China, with more than 50,000 confirmed cases as of April 8, 2020, the estimated seroprevalence (prevalence of antibodies) remains low, and around 40 percent of people with antibodies developed neutralizing antibodies, suggesting there is still lack of immunity in the population," said Wang Chen, head of the Chinese Academy of Medical Sciences & Peking Union Medical College, and the lead author of the study.

The study said mass vaccination will be needed to reach herd immunity to prevent further resurgences of the pandemic.

The study also shed light on the strength of immune responses invoked in people who had contracted the virus but showed no symptoms.

These asymptomatic cases were found to carry lower levels of neutralizing antibodies compared with symptomatic patients, but their immunity levels also appeared to be long-standing, according to the study.

"The concentrations of neutralizing antibodies were relatively stable for at least nine months across the study period, regardless of whether the individuals were symptomatic or not," it said.

The finding is expected to inject confidence into the ongoing immunization program as the duration of immunity conferred through natural infections or vaccines is unclear so far, with previous studies suggesting at least four to five months, according to the study.