Open market boon to spill over from China's import expo 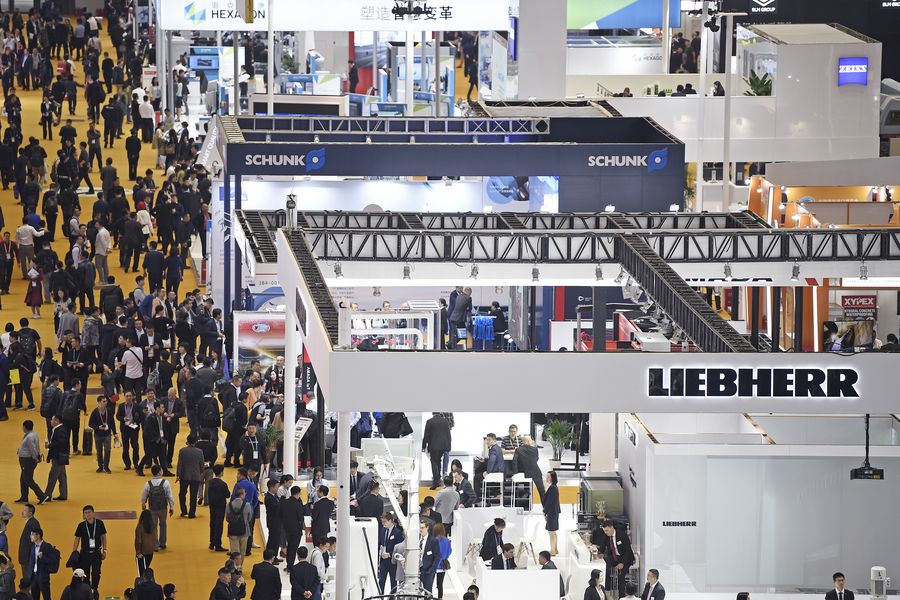 "The Chinese snack food market is huge. We'd like to work with global partners to make the 'cake' bigger and share it with them," said LYFEN CEO Yu Ruifen.

LYFEN's new deals are part of the fruitful outcomes of the expo, where more than 3,800 firms from all around the globe gathered to seek cooperation opportunities.

A total of 71.13 billion U.S. dollars worth of tentative deals were reached for one-year purchases of goods and services during the second CIIE, up 23 percent year on year, Sun Chenghai, deputy director of the CIIE bureau, told a press conference Sunday.

Over 1,300 exhibitors and 3,200 buyers attended a three-day match-making fair during the expo, inking a total of 2,160 tentative deals, Sun said.

Among the expo's diverse displays, 391 new products, technologies and services were launched for the first time on the Chinese mainland or worldwide, he added.

Yu is expecting strong sales of her company's new imports given the robust performance after the first expo.

One of LYFEN's imported milk products displayed at the first CIIE saw its sales surge by 754 percent year on year over the past year, while the sales of codfish sausage doubled. "We need to 'join hands' with each other instead of 'letting go' of each other's hands," Chinese President Xi Jinping said Tuesday at the opening of the expo, presenting a prospect of jointly building an open world economy through cooperation, with innovation and for mutual benefits.

An open market is key for global economic growth and the development of enterprises, Yang Yuanqing, chairman and CEO of Lenovo, said at a forum during the expo, citing the company's rise from a domestic personal computer maker to a global tech group with businesses covering 180 countries and regions.

The import expo has become a premium occasion for seeking partnerships, evidenced by the tentative deals announced at the expo and the long lists of contact information registered at each booth's reception.

Scott Zheng, co-founder of U.S. electric vehicle start-up Neuron EV, used seven smartphones, including three new ones, to communicate with swarms of visitors at his booth.

"We've met with over 800 potential clients. It was really worth our attendance!" Zheng said.

FOR THE LONG RUN

Before the second CIIE ends, many overseas firms have already signed up for next year's event.

"Our participation this year was decided through a signed contract on the second day of last year's expo. As one of the first batch to sign up for the third expo, we will also expand the size of our booth and introduce more brands to promote our business development," said Kentaro Fujiwara, China CEO of Japanese cosmetics brand Shiseido.

More than 230 companies from all over the world have signed up for the third CIIE, with their combined exhibition area exceeding 84,000 square meters, according to Sun.

Among them are more than 80 Fortune Global 500 companies or industrial leaders, with a total exhibition area of more than 50,000 square meters.

Although this year's CIIE has closed, China's opening-up drive remains a long-term commitment.

In his Tuesday speech, Xi outlined the country's five measures to promote higher-level opening up -- continuing to open up its market, improve its opening-up structure, optimize the business environment, deepen multilateral and bilateral cooperation, and advance Belt and Road cooperation.

China is dramatically accelerating innovation, and it is open to both domestic and overseas firms. This is key for the health care sector, said Julio Gay-Ger, president of the China branch of U.S. leading pharmaceutical firm Eli Lilly and Company.

"We have been, and will be here for the long run," he said.