Open to trade one of big drivers of China's economic growth: British expert 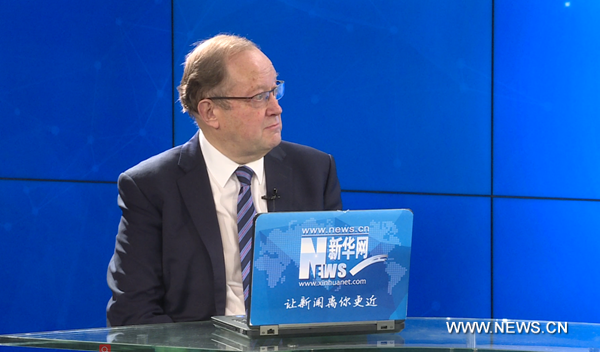 BEIJING, July 24 (Xinhuanet) -- Open to trade is one of the driving forces of China's economic growth, which will continue to grow at about 6.5 percent, said John Ross, Senior Fellow at Chongyang Institute for Financial Studies, Renmin University of China.

As a British economist who has been studying Chinese economy and markets for more than 30 years, Ross made this remark recently in an interview with the Xinhuanet.

"Lots of statistics and study show that the more open an economy is to trade, the faster it grows," he pointed out.

The World Bank has upgraded its forecast for China's economic growth in 2018 to 6.5 percent, 0.1 percentage point higher than its January forecast.

In this regard, Ross said that if the world trade continues to expand very well, China may grow above the 6.5 percent mark.

"Because that is what happened last year. It was a good year. World trade expanded," Ross explained.

"The most important way that China aids the world economy and everybody else is by growing fast," according to him.

"A 6.5 percent growth rate would be considered fast in any other country," Ross added.

He has seen positive signals released by China as it will continuously expand its opening up by cutting import tariffs on goods such as vehicles and daily consumer products.

"It is very good that China takes steps to increase its imports and exports, particularly the imports," he mentioned.

As China is going to hold its first import expo later this year, Ross said this is very good for other countries.

"For example, the import of cherries in China is growing very gigantically, and this is fantastic for countries like Chile and other Latin American countries." Ross said.

It is also good for Chinese people. As Chinese living standard is going up very fast, the consumption of high quality food, such as dairy products and fruits, is expanding very quickly, he continued.

China's steps to increase imports mean Chinese consumers are going to get higher quality imports at a lower price, Ross said, viewing it as a good example of win-win cooperation.