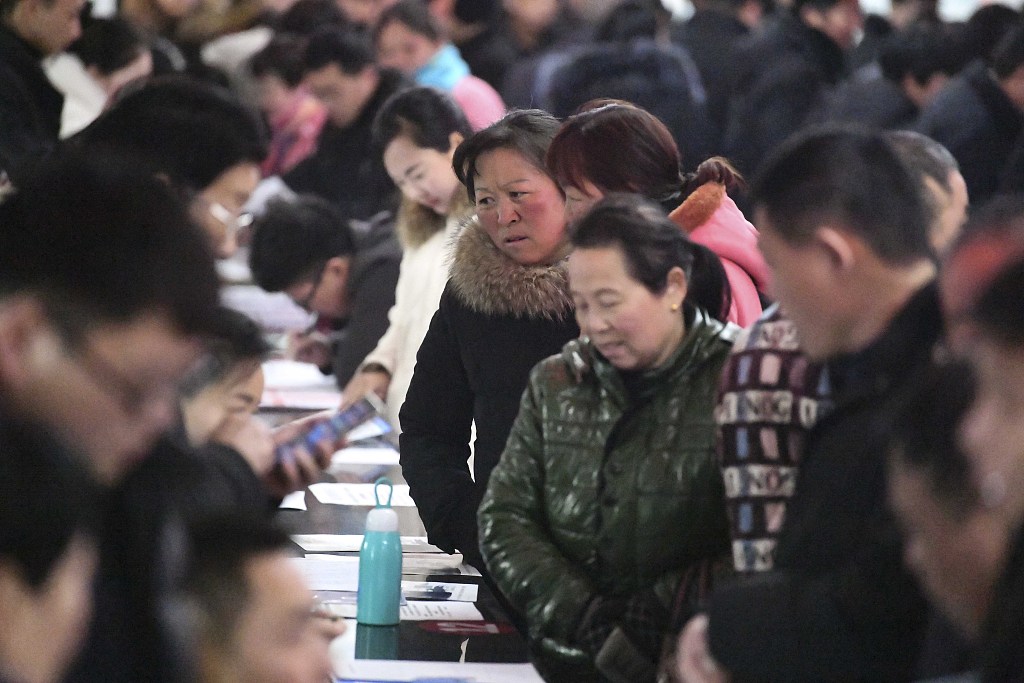 In recent years, it seemed talk that migrant workers wouldn’t return to the major cities where they had worked is getting louder, especially ahead of the Spring Festival.

However, after an investigation, we found that it’s not true. When many migrant workers find jobs back in their hometowns, many others are on their way to seek opportunities in urban areas.

The new generation of migrant workers is sharpening their skills and vision to adapt themselves to emerging jobs in urban and rural areas.

There were 288.36 million migrant workers last year, 1.84 million more or 0.6 percent higher than in 2017, according to the latest official statistics.

Among them, 115.7 million worked near their hometowns, 0.9 percent more than the previous year.

Ahead of the Spring Festival, several provincial governments, including Jilin, Hubei, Shandong and Sichuan, offered incentives to attract migrant workers back to work and start businesses.

In Henan, which has 11.96 million residents working outside, a 10-billion-yuan foundation was set up to invest in start-ups launched by returning migrant workers. Meanwhile, the government subsidizes them on technological training, rent and property fees, and even water and electricity costs. 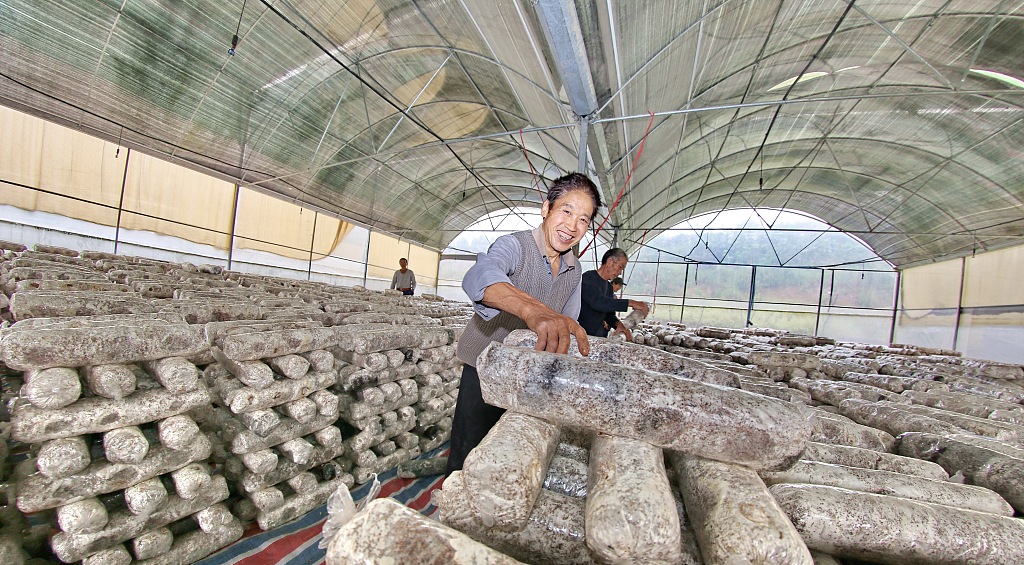 Farmers pile up bags of edible fungus in a greehouse in Chongqing on October 23, 2018.

As the country promotes its rural revitalization strategy, more job opportunities have been generated in the countryside.

Guangshan County in Henan built a down garment incubator park and invited start-ups to settle down for free. The plants have provided a total of 150,000 jobs. And the local farmers can earn as much as 4,000 yuan per month without leaving the town.

In mountainous Zitong village in Sichuan, tremella, a type of semi-transparent white fungus, has become a major source of income for many villagers after road network and internet reached the village.

Chen Bin, chairman of an ecological agriculture company in Sichuan, returned Zitong and built a planting base and workshop to make facial masks from tremella. Now, the villagers no longer worry about the tremella sales and the prices have risen to 600 yuan per kilogram.

“The population who works outside the town has dropped from 900 to 400 in the past three years,” said Chen Ming, secretary of the village’s Communist party branch.

In Ningdu County, Jiangxi Province, Liu Pengfei, a returned migrant worker, set up a Kongming lantern plant. The lanterns made by around 1,000 villagers are sold to over 80 countries and regions.

The number of people who have started entrepreneurship in rural areas has reached 7.8 million, and 5.4 million of them are farmers-turned-workers, said Guang Defu, spokesperson of the Ministry of Agriculture and Rural Affairs. These business have brought an increase of 67 percent to their income, Guang added.

Against the freezing wind, Lü Jianbo continues to deliver meals with his electric motorbike in Beijing. Although working 12 hours a day, he is happy. “Pay to move 8,000 bricks a day is even less than what I can earn as a courier a day,” he said.

He used to work at a construction site. He is satisfied with his current job. “Due to increasing orders, I earned more than 9,000 yuan last month,” he said, “The job is stable and well paying. My hometown fellows all envy me.” He said after Spring Festival, he plans to invite several of his folks to become couriers in Beijing. 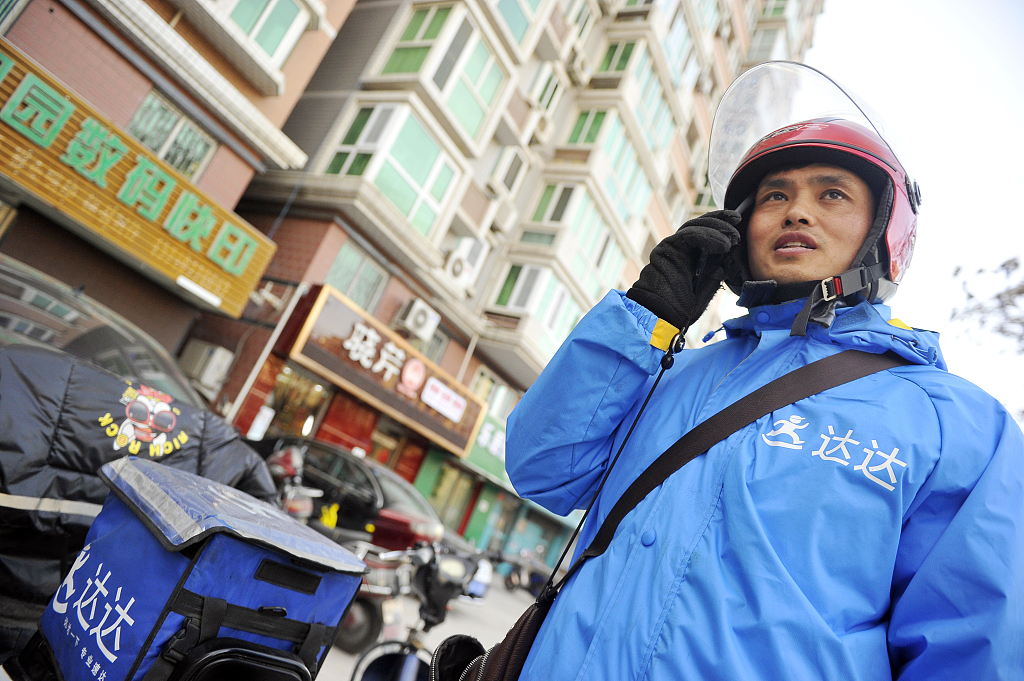 With the industrial upgrading and automation amid the nationwide economic transformation, some traditional and labor-intensive industries are gradually fading. But some are booming.

The thriving internet-plus era has created a large number of new jobs. According to delivery service giant Meituan-Dianping, 2.7 million couriers were paid by Meituan last year, with 77 percent of them coming from rural areas and most born in the 1980s and 90s.

Child caring, nursing and housekeeping have also become new sectors that are demanding a large number of workers.

There are about 20 million housekeepers in China but the households that are in need of the service surpassed 70 million.

The requirements to be a domestic worker are also rising.

“Parents have become more concerned about child-rearing. A measuring cup is needed to dissolve milk powder in water; nutrition balance is required for food; I also need to play educational games with the child. These all force me to keep learning,” said housekeeper Mao Yuzhen, 53.

Many migrant workers realized that opportunities are there for those who are prepared and unskilled workers will likely be obsolete.

As migrant workers upgrade their knowledge, skills and labor rights awareness, the employers are improving their treatment of employees to retain talent.

“We have already said goodbye to material shortages. The new generation of migrant workers has higher demands on the occupational environment. Only by going with the flow can the enterprises retain talent,” said Huang Jiusheng, secretary of the Party branch of migrant workers in Zhengzhou, Henan.

(Compiled by Huang Jingjing from a story published by media hub of People's Daily on February 12, 2019)