CHINA Opposition lawmakers’ resignations will not affect others in fulfilling their duties: Lam

Opposition lawmakers’ resignations will not affect others in fulfilling their duties: Lam 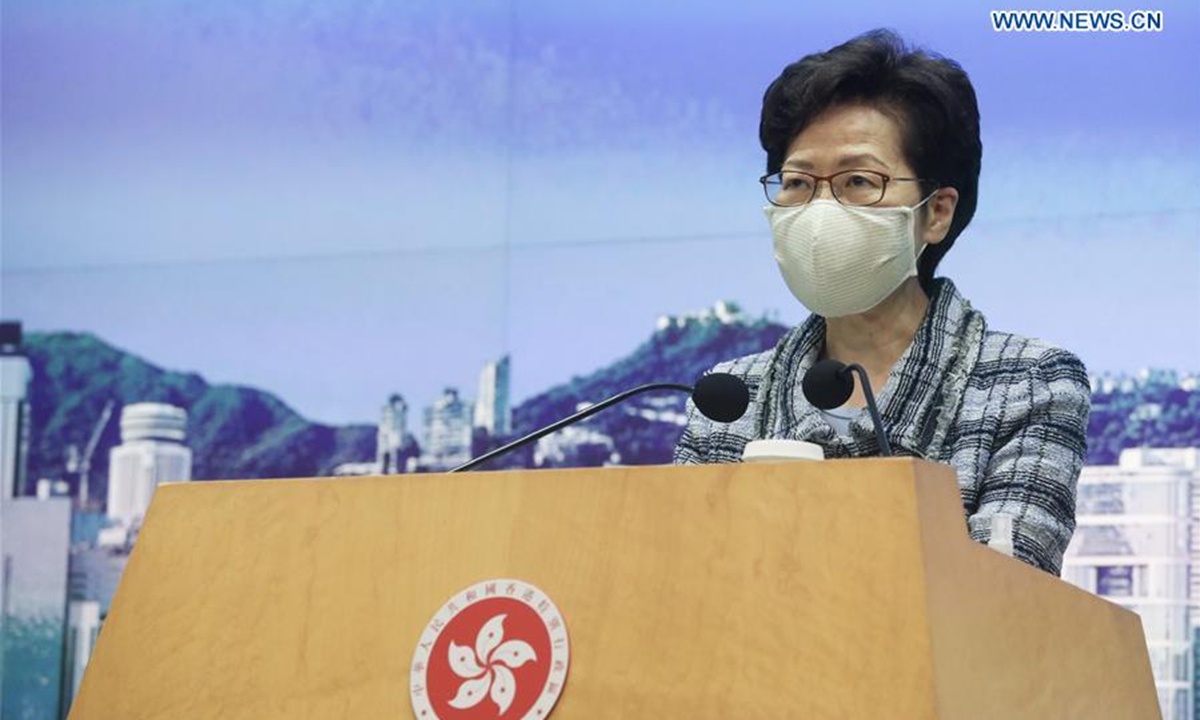 Lawmakers in the Legislative Council (LegCo) of the Hong Kong Administrative Region (HKSAR) should fulfill their responsibilities and pro-establishment lawmakers will not be a rubber stamp, HKSAR Executive Chief Carrie Lam told a press conference, in response to 15 lawmakers reportedly vowing to resign en masse after four lawmakers from their group were disqualified.

Prior to the NPC Standing Committee's decision on Wednesday, 19 opposition lawmakers told media on Monday that they would resign en masse to oppose the decision to disqualify any one of them, Hong Kong-based hk01 reported.

Even without these lawmakers, those remaining in the LegCo will not be a rubber stamp of the government, and every one of them should fulfill their responsibilities, and pro-establishment lawmakers will not pass bills that are not welcomed by society or not good enough, Lam told the press conference on Wednesday.

Lam said that she welcomes opposition suggestions, and respects the LegCo's function. Instead of asking her how she would deal with a group resignation, media should ask these opposition lawmakers why they are giving up their roles in this crucial period.

In response to whether the Hong Kong SAR government announced the disqualification decision before going through legal procedures in Hong Kong, Lam said that the NPC Standing Committee is the top legislature and has the authority to explain and supervise the Basic Law.

The Hong Kong SAR government asked the NPC Standing Committee for help to deal with the problem and its arrangements are legally binding and unchallengeable, according to Lam.

Article 104 of the Basic Law regulates that civil servants and LegCo lawmakers should take the oath of office, uphold the Basic Law, and be loyal to the People's Republic of China and its Hong Kong Special Administrative Region. 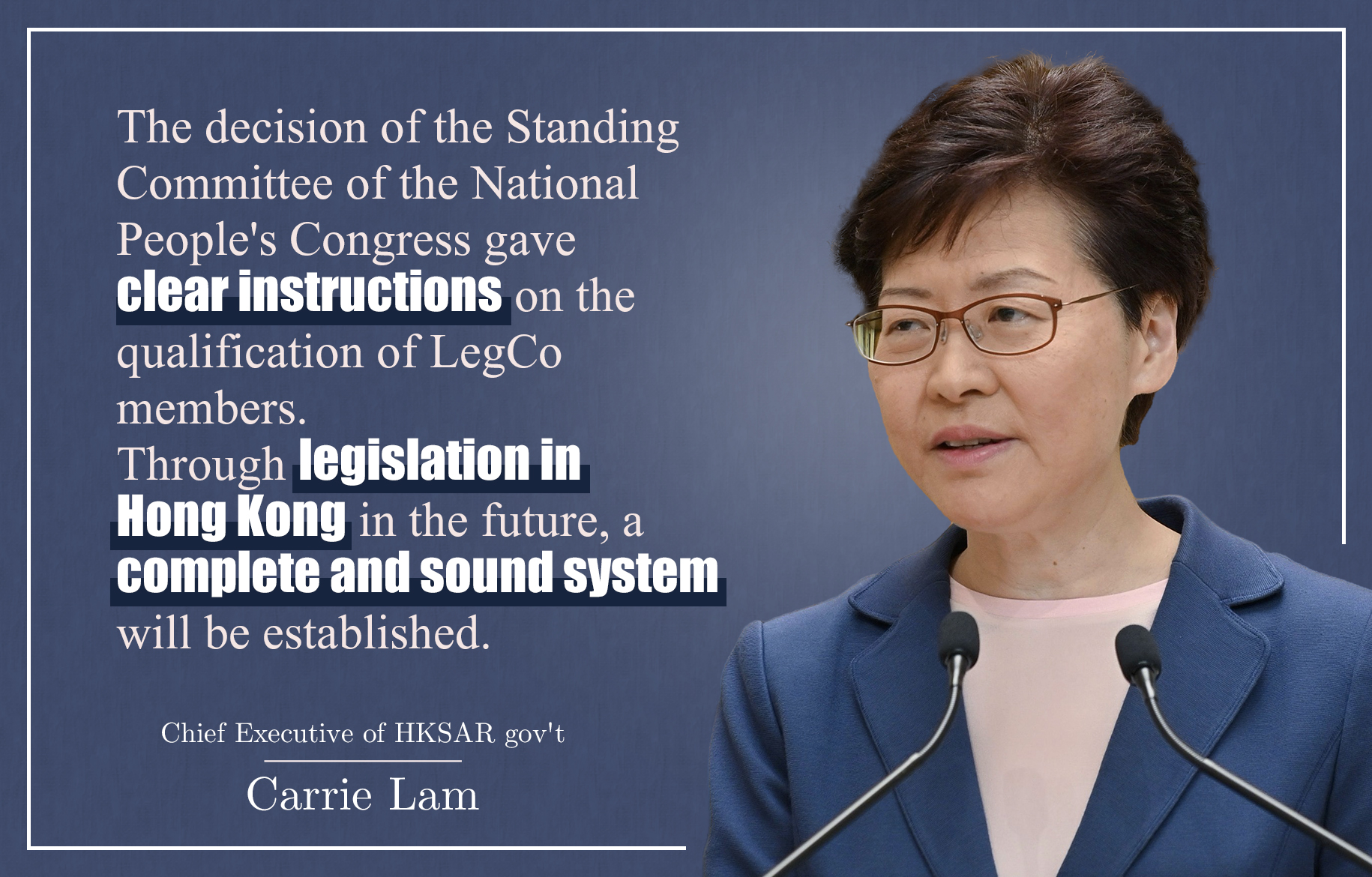 Due to the COVID-19 epidemic, the election for the 7th LegCo, which was originally scheduled to be held in September, has been postponed for a year, and the tenure of the 6th LegCo lawmakers has been extended to fill this vacuum during this period.

The four disqualified lawmakers are also among the 12 candidates who were disqualified for the 7th election for failing to meet the requirements on upholding the Basic Law and being loyal to China and its HKSAR.

Carrie Lam said that she has been asked about whether lawmakers who have been deemed as "disqualified" are still carrying out their duties. She also mentioned that since the resumption of the LegCo meeting in October, some opposition lawmakers have disrupted the agenda and raised objections simply for objection's sake, which has affected the operations of administrative bodies.

The Hong Kong Executive also noted that the NPC Standing Committee's arrangements on setting bars for HK LegCo lawmakers are "legal, rightful, necessary" and in accordance with the Basic Laws, and do not target any lawmakers.