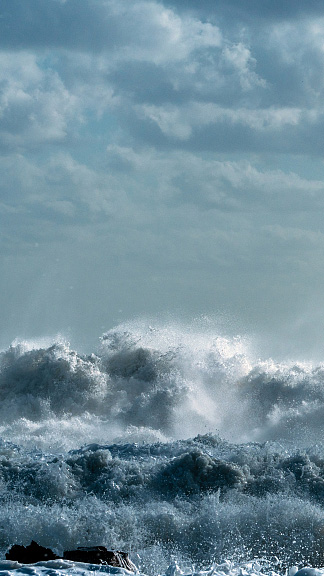 China Meteorological Administration (CMA) has issued an orange alert for Typhoon Muifa at 10 a.m. on September 13.

Severe Typhoon Muifa, the twelfth typhoon of 2022, was located about 470 kilometers southeast of Xiangshan County in Zhejiang Province at 9 a.m. Its intensity is expected to increase as it moves northward at 10-15 km/h, then turn northwest and gradually approaches the coast between Wenling City and Zhoushan City. Muifa will make landfall on the afternoon or evening of September 14, as either a typhoon or a severe typhoon. It will then move northwest and gradually dissipate.

Wind Forecast: From 14:00 on September 13 to 14:00 on September 14, there will be Force 6-8 winds in the Bashi Channel, the northern part of the Taiwan Straits, the Pacific Ocean east of Taiwan Island, the southwest of the Yellow Sea, most of the East China Sea, waters near the Diaoyu Islands, the Yangtze River estuary and Hangzhou Bay, the northern and eastern coasts of Taiwan Island, the coast of Zhejiang Province, the northern coast of Fujian Province, the coast of Shanghai Municipality, and the southeast coast of Jiangsu Province. There will be Force 9-11 gales with gusts up to Force 12-14 in parts of the East China Sea and along the north-central Zhejiang coast. The wind speed near Muifa's eye could reach Force 12-14, with gusts up to Force 16 or 17.

Precipitation Forecast: From 14:00 on September 13 to 14:00 on September 14, the northern part of Taiwan Island, north-central Zhejiang, Shanghai, and southern Jiangsu will experience heavy rain and there will be torrential rain in some areas of northeast Zhejiang and Shanghai.