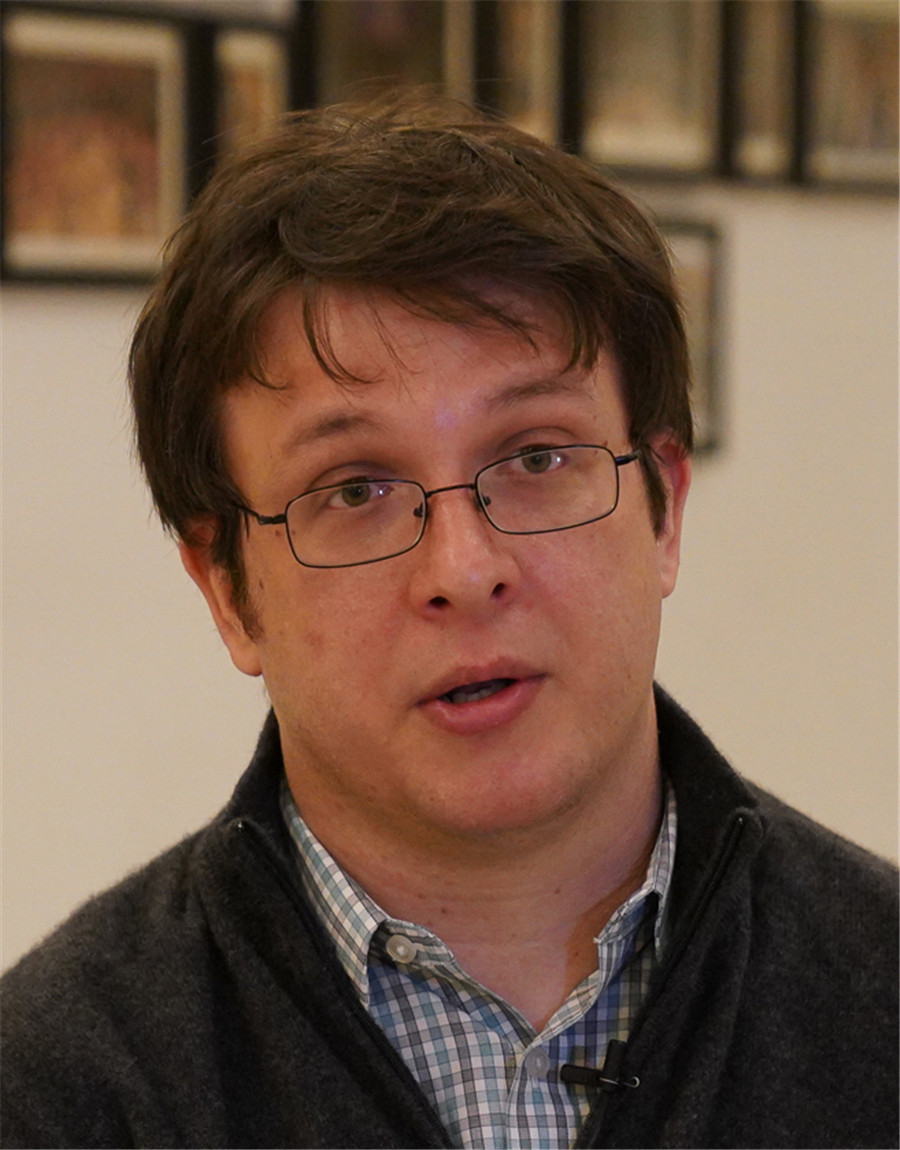 In diary entries he wrote about his return and his family's 14-day quarantine period－published in an international musical journal－giving a glimpse of a musician's life during the COVID-19 pandemic.

Solomon, 38, from New York City, joined the SSO in 2012, making Shanghai his home. In late January, he made a trip with his wife and two young children to the US during the Chinese New Year holiday. It was supposed to be a 10-day visit to meet his brother's new baby in New York, but then the novel coronavirus epidemic was getting more serious and he was forced to extend their stay to six weeks.

When the virus began to spread in the US, Solomon considered returning to China. "It was a heart-wrenching decision," he wrote in the diary.

"Leaving the US meant leaving family. But further delay meant risking being caught up in increasingly strict travel restrictions returning to China. The situation in China had improved so much.…Friends reported feeling increasingly safe in Shanghai as the city was slowly returning to life."

He wrote about the flight from California to Shanghai Pudong International Airport, with a stop in Taipei, and the health checks they underwent in Shanghai. At the airport, he wrote, it was uplifting to see that "the entire country has mobilized to combat the virus on a scale that I could never have imagined".

Solomon landed on March 10, when Shanghai didn't require all inbound travelers to undergo quarantine in designated hotels. However the family still followed the protocols of a 14-day quarantine at home.

Solomon got back to work, practicing in a soundproof closet in his apartment. He has been providing video tutoring to students of the Shanghai Orchestra Academy, a two-year, postgraduate music program.

While the orchestra has not been able to resume regular performances, Solomon wrote that it has been kept together and in good condition, with musicians being paid and involved as much as possible with its activities.

Chai Jie, the orchestra's manager, had all nine of the SSO's foreign musicians in a WeChat group to keep them informed about the latest news and government policies, as well as to provide assistance and keep track of their health.

"We still have two expat musicians unable to return to Shanghai, one in Italy, the other in South Korea," Chai said. "We are keeping a close eye on the situation to provide all possible assistance for their safe return."

The SSO, China's first symphony, celebrated its 140th anniversary last year. It asked its musicians to upload short videos to the Douyin platform, also known as TikTok, to keep the public engaged. Solomon said it has helped him resume much of his work, even when he couldn't be at group rehearsals or public performances.

The symphony has put on many events during the pandemic such as free e-learning sessions. The string instruments presented livestreamed chamber concerts with no live audience. Solomon said part of the orchestra was missing because it is impossible for brass instrumentalists to play with a mask on.

"Musicians have experienced the pandemic like everyone else," Chai said, "but because they have not been able to resume normal performances, they have had more anxiety about the work."

Zhou Ping, the SSO's director, credited management measures and support from the government to ensure the orchestra's operations have been maintained as much as possible.

"Solomon's diaries gave a fantastic picture of what life was like for a musician at the SSO, at what was the start of the COVID-19 pandemic for us here in the UK and much of Europe, but was part of daily life in China," said Maria Roberts, editor-in-chief for International Art Manager, a global business manager for performing artists.

"We all remain positive that after the COVID-19 crisis is over－or at least stabilized－the performing arts world will once again get back on its feet and out to live audiences."