Chinese courts have so far live-streamed more than 1.27 million trials, with nearly 8.7 billion views, according to a symposium. 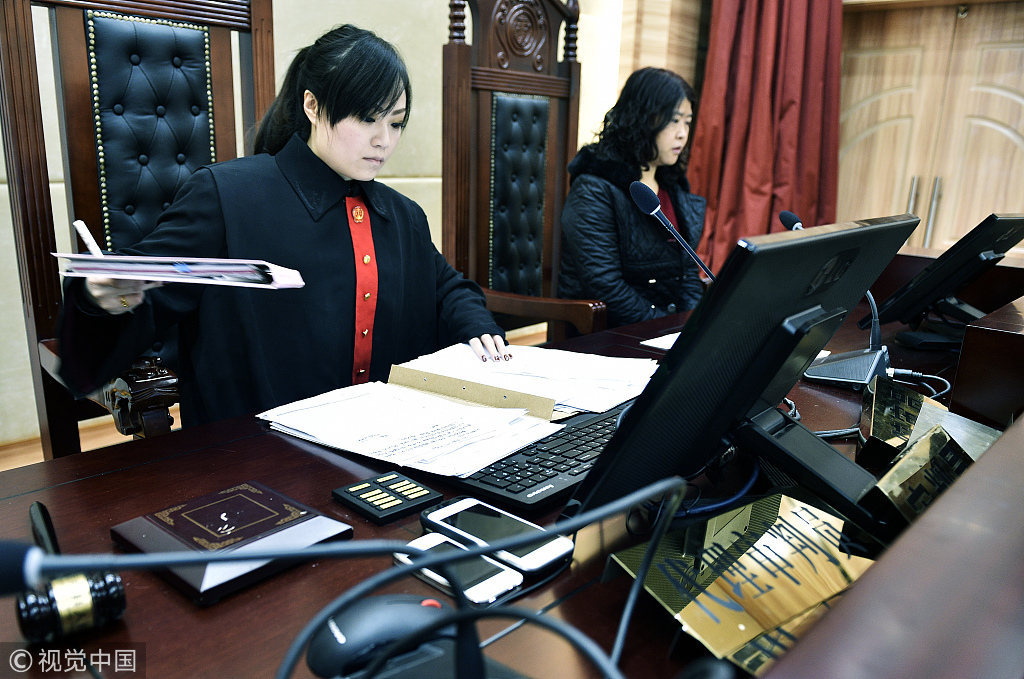 The symposium on court trial live-broadcasts, held in the city of Taizhou in east China's Jiangsu Province on Thursday, released a third-party evaluation report on live-streaming court trials.

The report, compiled by the Chinese Academy of Social Sciences, is the first of its kind since the website for live-streaming trials was officially launched by the Supreme People's Court in September 2016.

It summarizes the achievements of live-broadcasting court trials nationwide and evaluates four key aspects: the results, building the platform, creating the institutions and public service measures.

The website had covered courts at all levels by the end of 2017, and entered an orderly stage of development.

Putting court trials online helps facilitate order in the court, promotes mediation and reconciliation, and increases understanding of the law, according to the report.