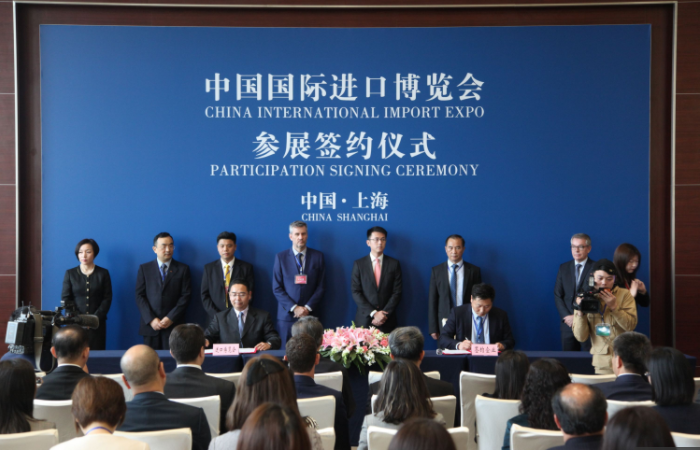 More than 1,600 companies from over 120 countries and regions have applied to attend the China International Import Expo to be held in Shanghai in November.

Over 600 applicants have signed contracts for the expo, set to occupy a display area of more than 120,000 square meters, the expo's organizer said Monday.

Some leading companies plan to bring their new products to the event, given the great market potential of the world's second-largest economy.

Danish dairy giant Arla Foods, which signed a contract on Monday, plans to debut some of its organic dairy products in China at the expo.

In Denmark, about 50 percent of baby food is organic, compared with less than 5 percent in China, according to Frede Juulsen, head of global child nutrition at Arla Foods. However, sales of organic baby food in China grew by 50 percent last year, the executive said.

Lyu Shuxian, marketing director of Dematic International Trading Ltd., Shanghai, said the handling capacity of a warehouse using the technology can be six to 10 times that of a traditional warehouse.