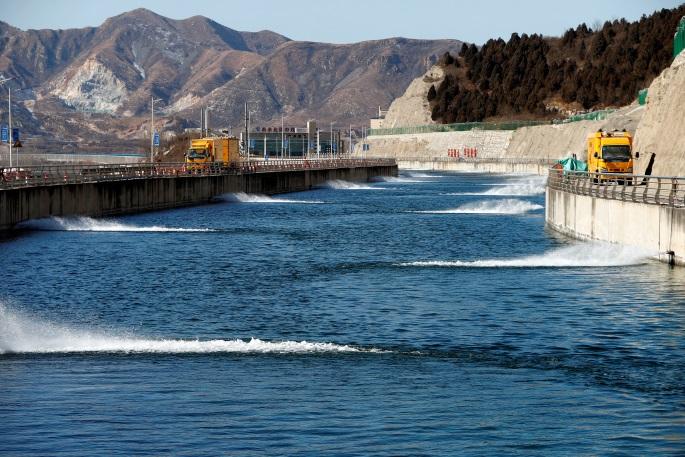 BEIJING, Dec. 12 (Xinhua) -- More than 12 million people in Beijing have benefited from the south-to-north water diversion project that entered into use on Dec. 12, 2014, which has transferred over 5.2 billion cubic meters of water from the Danjiangkou Reservoir in central China.

The per capita water supply of Beijing has been increased to about 150 cubic meters from 100 cubic meters over the past five years, said Liu Guangming, deputy head of the city's water authority.

According to the authority, about 70 percent of the diverted water, or 3.5 billion cubic meters, has been supplied for waterworks, and the remaining water has been used to store river water in large- and medium-sized reservoirs in Beijing and to replenish groundwater and water in urban rivers and lakes.

The Miyun Reservoir, Beijing's largest and a major drinking water source, has received 450 million cubic meters of water from the project. Statistics show that the reservoir's storage has exceeded a record 2.6 billion cubic meters.