Over 20,000 medics arrive to help Shanghai

More than 20,000 medics from across China arrived in Shanghai on Monday to assist in the testing and treatment of COVID-19, as the city steps up the fight against the toughest battle in the past two years. 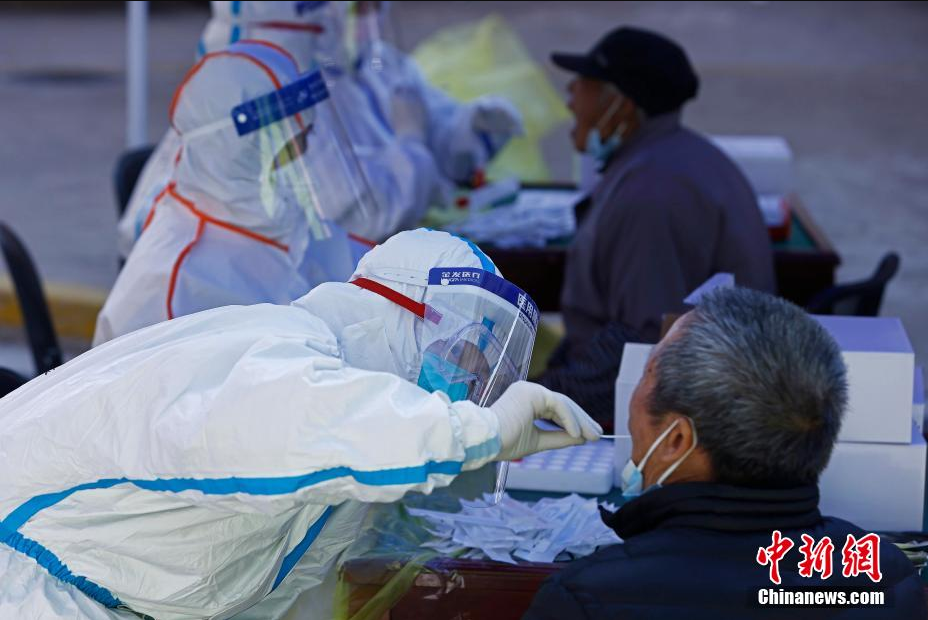 Shanghai is set to complete nucleic acid tests of all its 26 million residents within 36 hours starting on Monday. 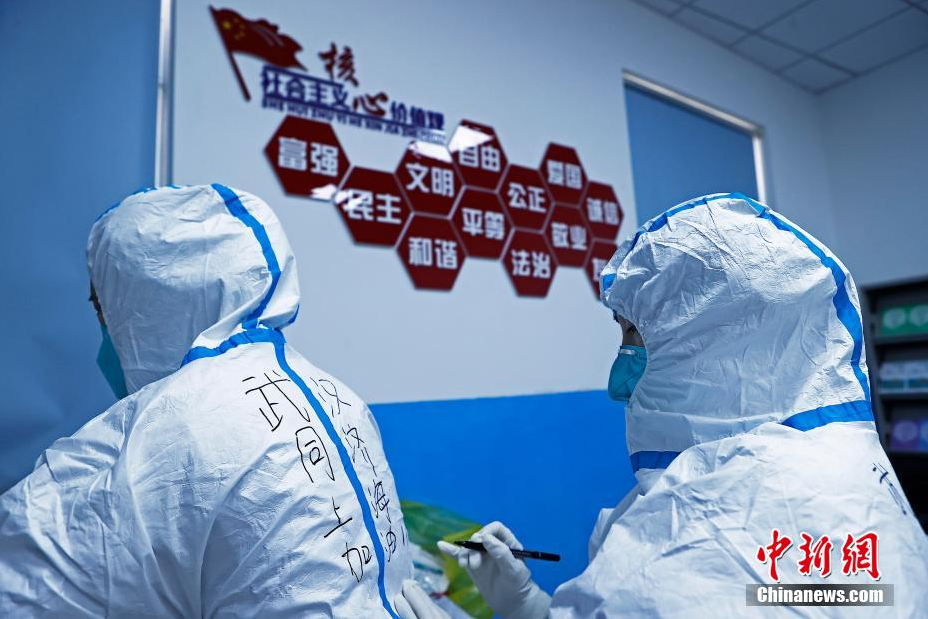 Medical workers from Tongji Hospital of Tongji Medical College of the Huazhong University of Science & Technology in Hubei province write down "Shanghai, stay strong" in Chinese on their protective gear in Shanghai, April 4, 2022.

Nearly 15,000 medics from Shanghai’s neighboring Jiangsu and Zhejiang provinces set out Monday early morning from their hospitals by bus to Shanghai.

Around 2,000 military medics from army, navy and logistic support force landed in Shanghai on Sunday night.

Other provinces, including Hubei, Jiangxi, Shandong and Hainan, have also dispatched medical teams to the city, which include not only nucleic acid testing professionals and also doctors and nurses to give care and treatment to COVID-19 patient admitted in hospitals. 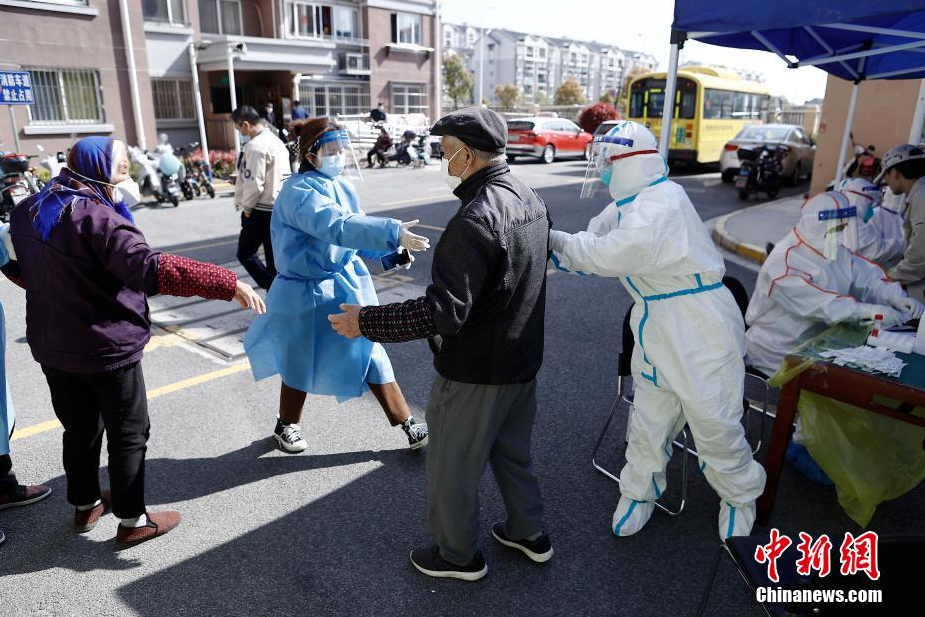 A medical worker from Tongji Hospital of Tongji Medical College of the Huazhong University of Science & Technology in Hubei province helps a senior citizen at a nucleic acid testing site in Shanghai, April 4, 2022.

The city has designated around 10 hospitals, including Fang Cang makeshift ones, for the treatment of COVID-19 patients.