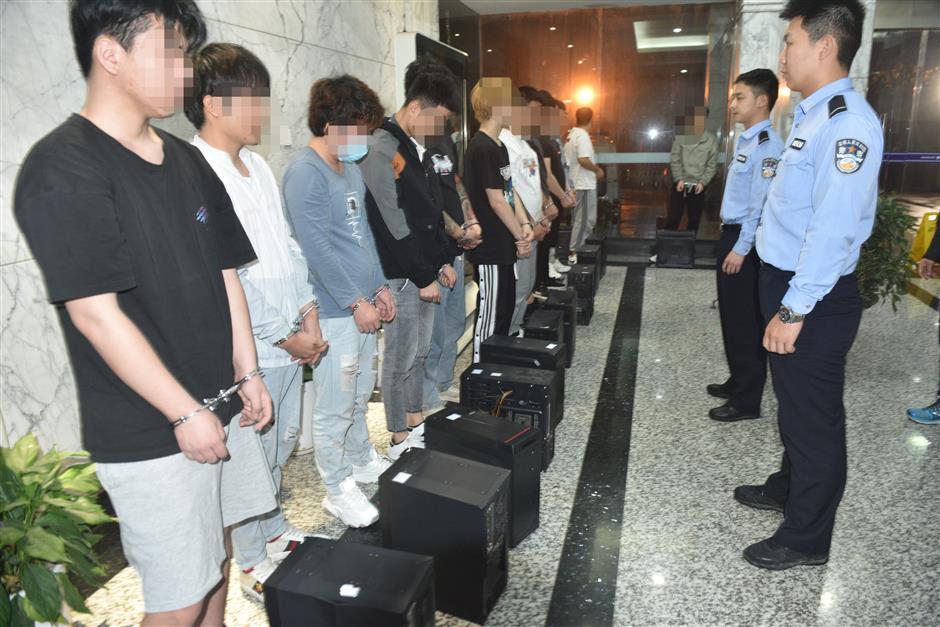 Police with some of the suspects in the alleged Internet scam.

More than 200 suspects have been caught for allegedly running an Internet scam on a livestreaming app, Shanghai police said on Tuesday.

Police in Baoshan District began an investigation after a man surnamed Zhang reported the case.

Zhang said he had fallen in love with a woman on an online games website and was told she was a streamer on a livestreaming app.

He told police the woman asked him to boost her ratings on the platform by making payments during her shows, and Zhang spent over 110,000 yuan (US$17,160) on her, police said.

After Zhang ran out of money, the woman could not be contacted and he realized it had been a hoax.

Police discovered that Zhang and other victims of the alleged scam had actually been in touch with male scammers.

The victims, including Zhang, had lost over 7 million yuan to the suspects, police said.

Over 400 officers from Shanghai netted the suspects in Shanghai and four provinces on May 10.

At present, 197 suspects are detained with 39 others on bail.

Shanghai police said they had caught over 9,800 suspects in over 2,500 Internet and telecom fraud cases so far this year.

In May alone, more than 1,300 suspects were caught from 173 locations with over 300 local cases solved, police said.