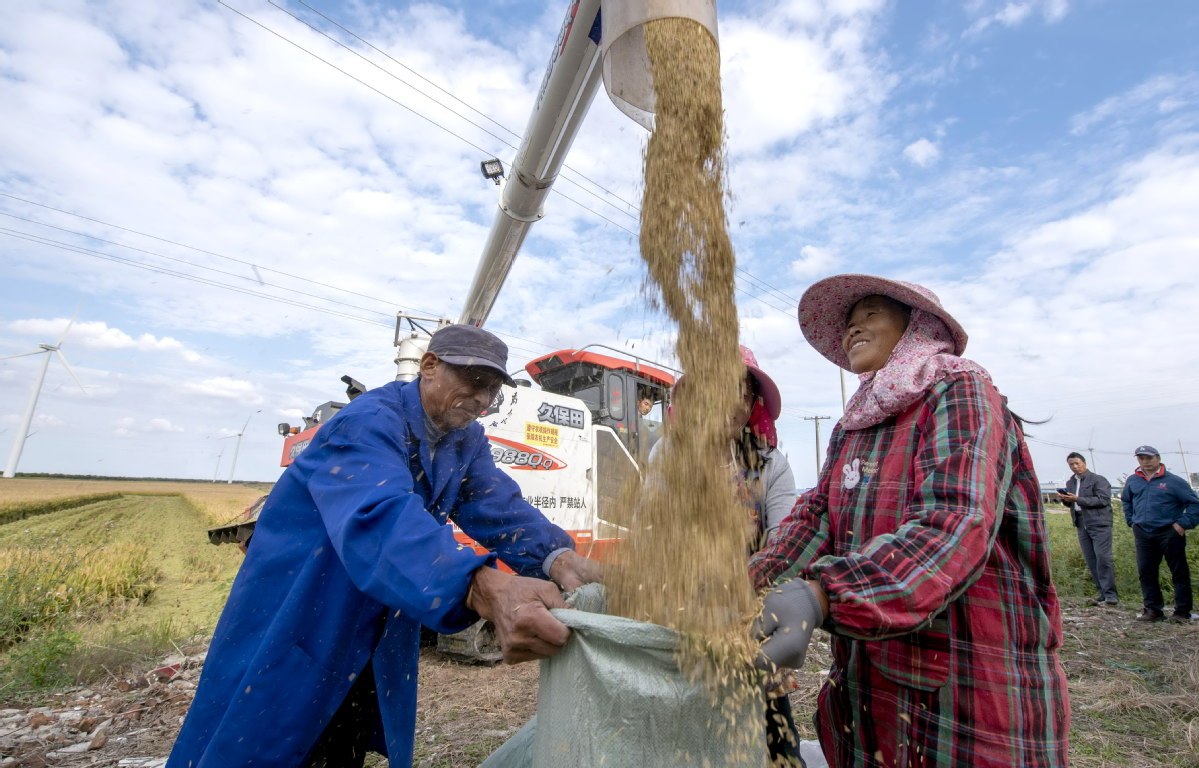 With the autumn harvest almost ending, large-scale cereal purchases are ongoing and both purchasing and sales are active on the grain trading market, an official of the National Food and Strategic Reserves Administration said on Friday.

As of Oct 31, enterprises in major grain producing areas of China purchased a total of 21.63 million metric tons of autumn grains, including rice, wheat and corn. It marks a 950,000-ton rise from that of last year, Qin Yuyun, director of the administration's food reserves department, said at a news conference held in Beijing.

Affected by the COVID-19 pandemic and the natural disasters of the year, rising prices were seen in major cereals in China, but the prices are still within a reasonable range, he said.

According to Qin, cereal production in China has witnessed consistent bumper harvests and quality improvement in recent years, which benefited the grain security of the country with abundant domestic grain supply and stable prices.