CHINA Over 24,600 evacuated after landslide

Over 24,600 evacuated after landslide 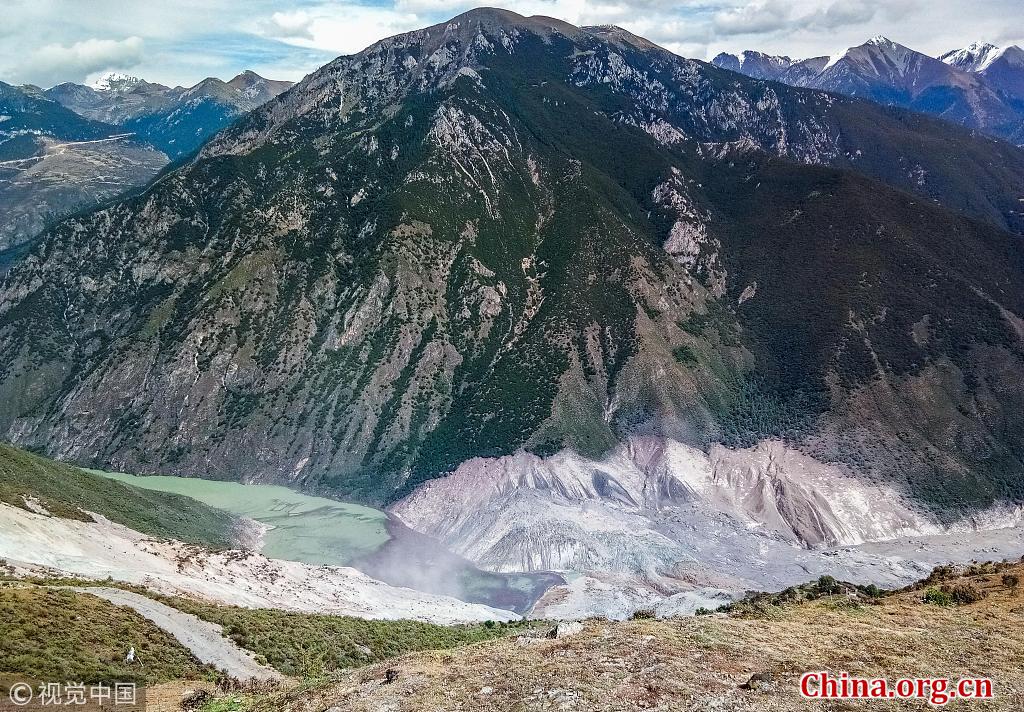 The Jinsha River is blocked by a landslide, giving rise to a barrier lake in Qamdo, the Tibet autonomous region, on Thursday. (Photo: VCG)

More than 24,600 people have been evacuated after a landslide blocked the Jinsha River - the upper reaches of the Yangtze - in the border area of Sichuan province and the Tibet autonomous region, authorities said.

As of 6 pm Friday, more than 13,600 people in affected areas in Tibet had been evacuated. The rising water also caused the collapse of some houses in the region. About 11,000 people from neighboring Sichuan were also evacuated, according to the Ministry of Emergency Management.

The landslide occurred around 7 am Thursday in Qamdo city, though no casualties have been reported. As of 3 pm Thursday, about 100 million cubic meters of water have accumulated in the barrier lake, according to the Sichuan flood control authority. 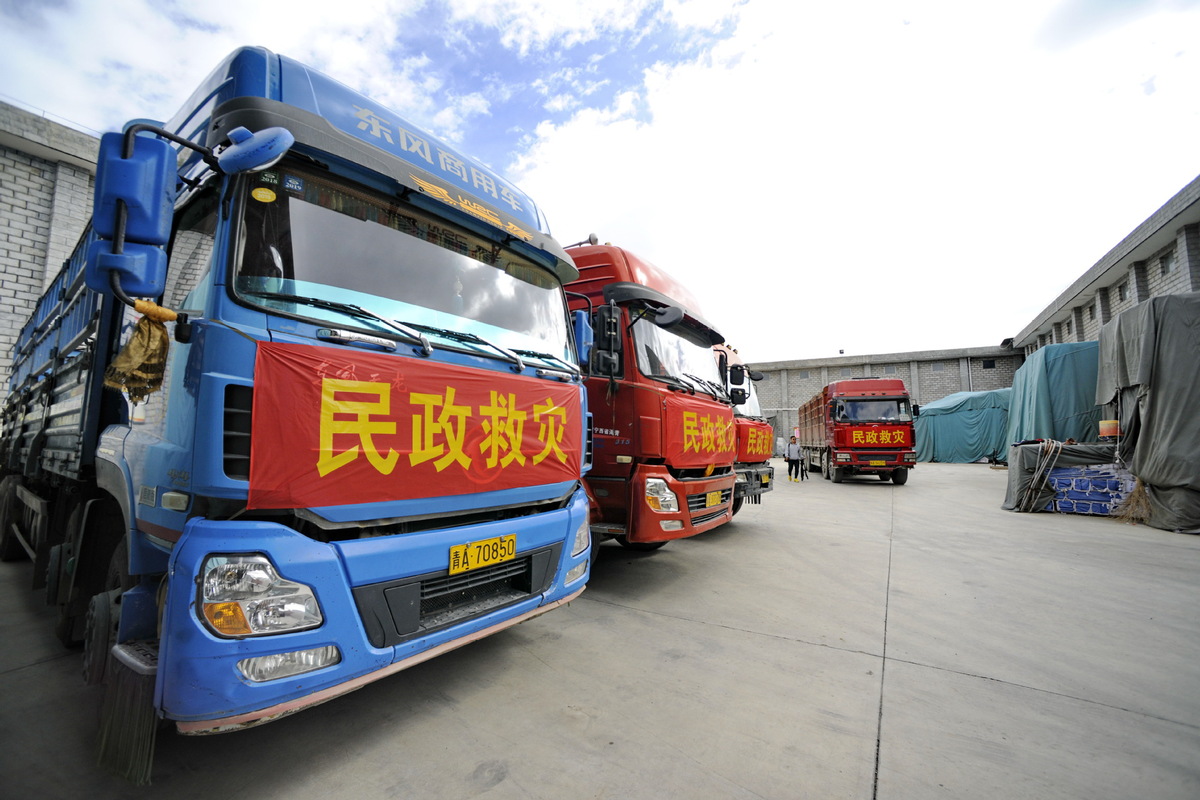 The scale of the landslide is vast and several bridges, fields and villages were affected. Bolo township, where the landslide occurred, has been isolated after a bridge to the township was inundated, Qamdo authorities said. 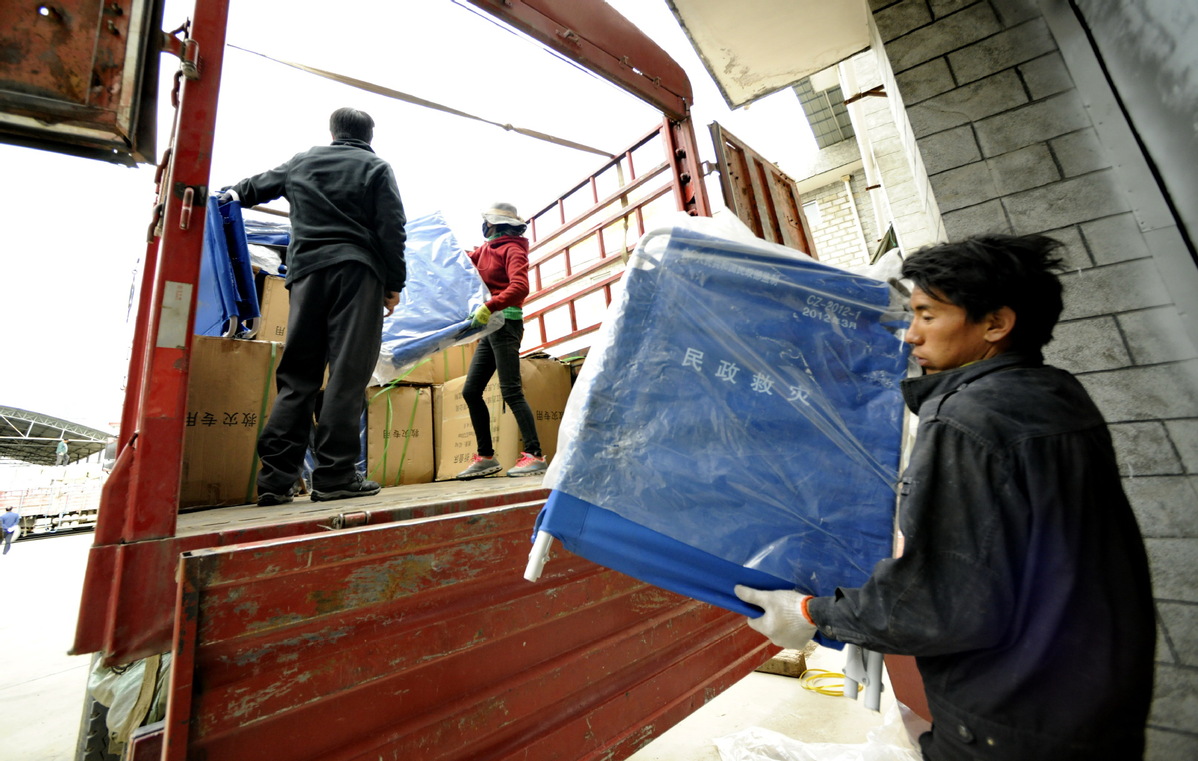 Local government staff members are continuing the transportation of daily necessities, including beds and food, to the affected area on Oct 12. (Photo: Xinhua)

"The local government is continuing the transportation of daily necessities, including beds and food, to the affected area and currently there have been enough to meet the needs of the evacuees," said Tanpa Yarphel, a senior official with the Jomda county government, where Bolo township is located.

While all residents in the affected area have been evacuated, searches are ongoing along the river to ensure no one has been left behind.

Sodnam Wangchug, Party chief of Bolo township, said they have constructed four shelters to accommodate evacuees and four doctors have been dispatched to the shelters.

Tsering Lhamo, a local resident, said they are staying in a tent and have enough to eat. "We are at ease now," he said. The incident has triggered an emergency response from the Ministry of Emergency Management. 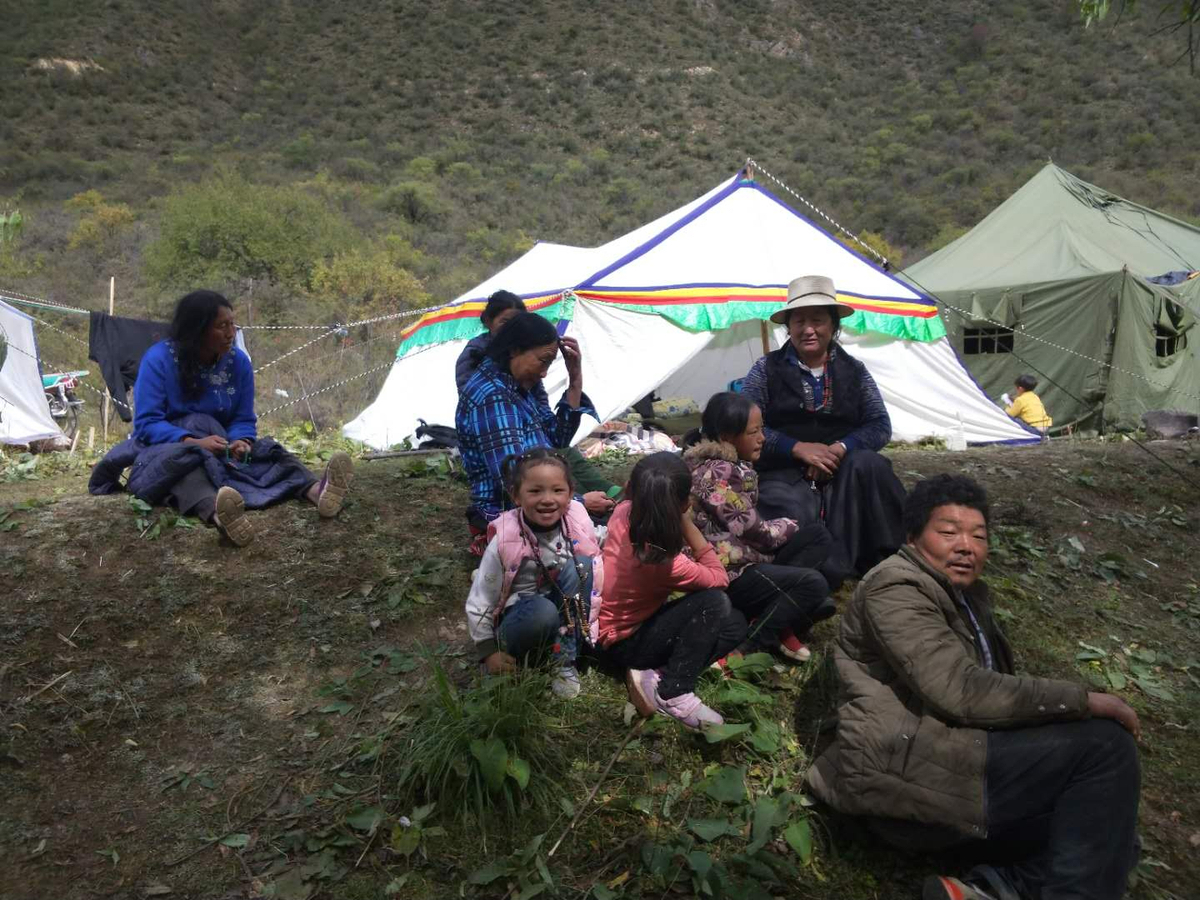 Affected people rest at a resettlement site in Qamdo on Oct 12. (Photo: Xinhua)

The top emergency management authority held an emergency meeting with government bodies related to the disaster relief work, including the Ministry of Natural Resources, Ministry of Water Resources and China Meteorological Administration, on Thursday night. A joint emergency response mechanism headed by Huang Ming, Party chief of the Ministry of Emergency Management, was established in the meeting.

Under the mechanism, the different government bodies will meet every day to coordinate joint actions in the disaster relief work to root out risks as soon as possible.

Ye Jianchun, vice-minister of emergency management, has arrived at the site to guide disaster relief work, leading a joint team from various government bodies, according to the Ministry of Emergency Management.

The State Flood Control and Drought Relief Headquarters said it has asked local authorities to evacuate residents from areas that may be affected and ordered reservoirs downstream to discharge water to give space for possible flooding.