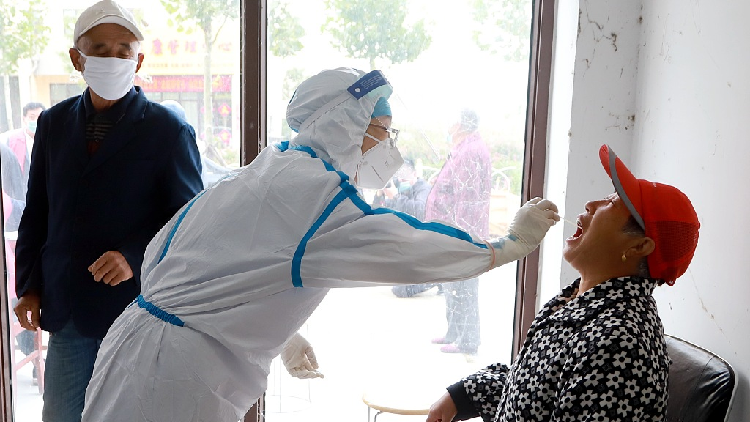 Qingdao City in east China's Shandong Province has collected over 4.23 million samples for a city-wide nucleic acid testing as of Tuesday afternoon, the local health authority said at a press conference.

With more than 1.94 million samples tested, no new positive cases have been found except the confirmed and asymptomatic cases already reported.

Over the weekend, the city reported 12 new locally-transmitted infections, 6 confirmed and 6 asymptomatic cases. Among them, 3 are severe cases, according to a local official.

Epidemiological investigations discovered that the cases were linked to the Qingdao Chest Hospital used for treating imported COVID-19 patients.

The city-wide nucleic acid testing, involving about 9 million citizens in the city, started on Monday and is scheduled to conclude on Friday, according to a notice issued by the municipal health commission, adding that the results will be released in a timely manner.