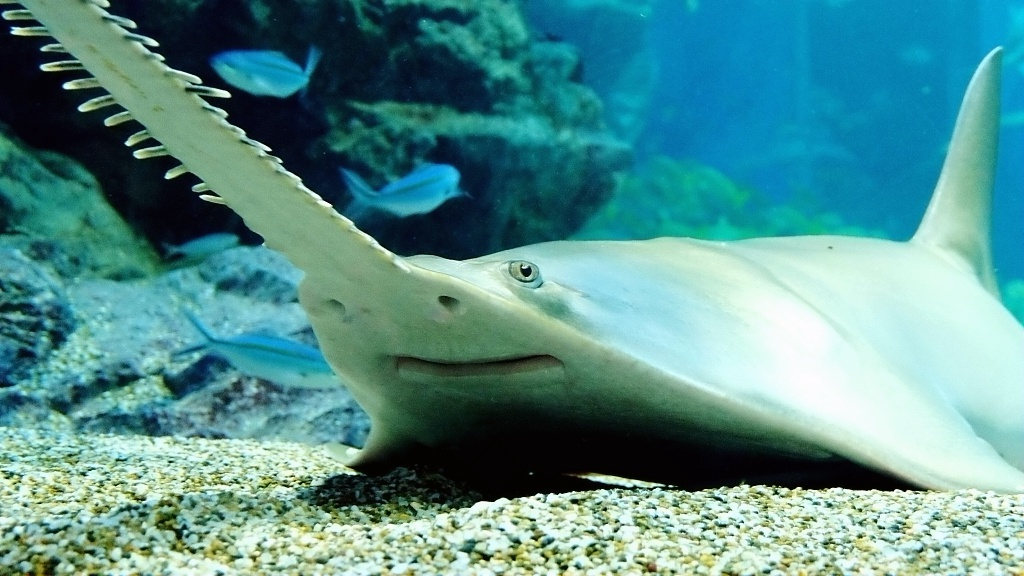 High temperatures and lack of rainfall helped kill off a record number of critically endangered sawfish in a parched creek in Western Australia state, according to the latest research.

More than 40 of the fish, with their distinctive flat nose extension and sharp traverse teeth, died on a dried-out area in the Kimberley region late last year, local media reported on Saturday.

A team of researchers, who have just confirmed the latest deaths, tried to save the fish but only two of the victims survived, according to the ABC news channel.

Sawfish swimming in an aquarium in Shanghai, China. (Photo: VCG)

Murdoch University researcher David Morgan, who led the team, was quoted as saying that the fish kill was the largest he had seen in nearly two decades of studying the fish in the Fitzroy River system, which is considered "the world's last stronghold for the species."

The fish had died amid "stifling heat and a severe lack of rainfall" in the area's poor wet season, the ABC quoted Morgan as saying, with water temperatures of about 37 degrees Celsius to 40 degrees Celsius above what the species could survive in.

"They literally looked like they had been in a slow cooker for a long time," Morgan said, adding that the sawfish were also more vulnerable to predators including freshwater crocodiles amid the low water levels.