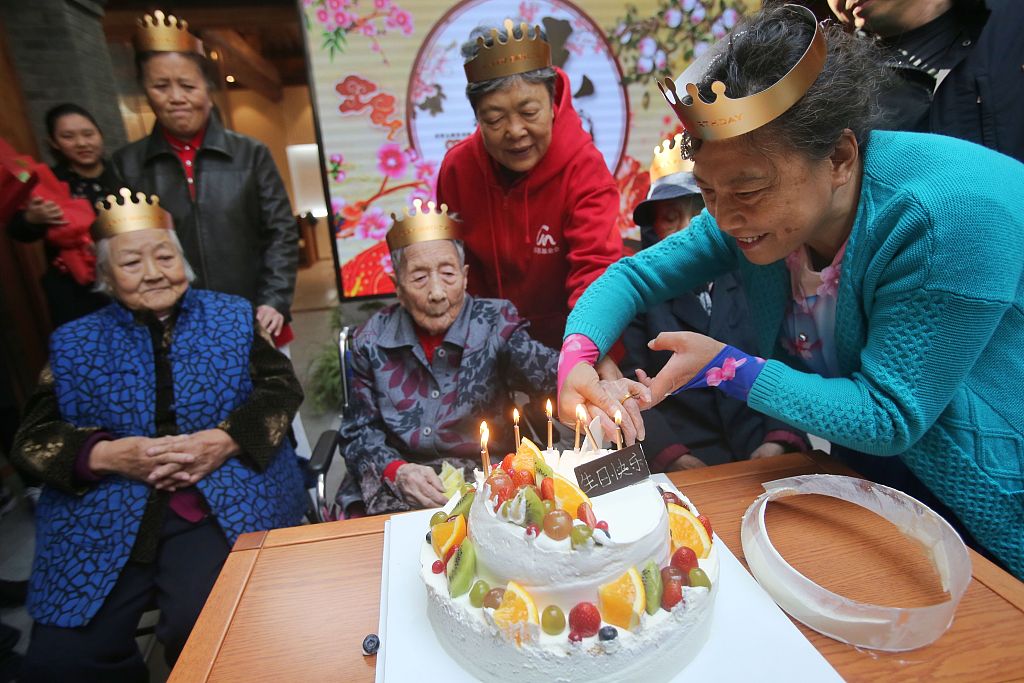 The city of Nantong had 1,321 centenarians, the most among other cities in Jiangsu, accounting for nearly 22 percent of the total number of centenarians in the province, according to the provincial health commission.

Statistics from the commission also showed that the number of registered people aged 60 and above totaled 18.05 million, making up 23.04 percent of Jiangsu's overall registered population.

The number of registered people aged 65 and above recorded about 12.56 million, accounting for 16.03 percent of the province's total registered population.

In 2018, almost every five labor force workers had to support one elderly person in Jiangsu. This figure reflects the increasing burden of the whole society to pay for elderly care services.

China has witnessed a continuous rise in people's average life expectancy over the past seven decades, from 35 years in 1949 to 77 years in 2018, according to the National Bureau of Statistics.