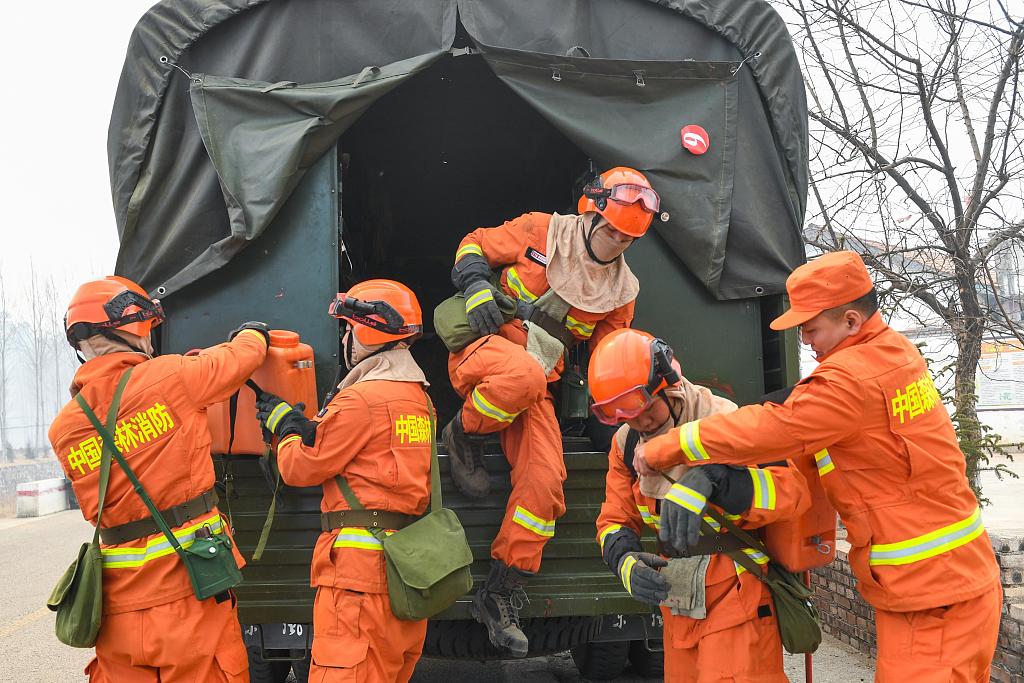 They will continue to quench the blaze from 3 a.m. to 9 a.m. on Sunday when the temperature gets lower and the winds abate, according to the rescue headquarters.

Ten helicopters and 28 fire trucks were mobilized to battle the fire on Saturday.

As of 7 am Saturday, more than 3,800 locals had been evacuated, according to the Ministry of Emergency Management.