CHINA Over 60,000 evacuated for heavy downpours in China's Sichuan

Over 60,000 evacuated for heavy downpours in China's Sichuan 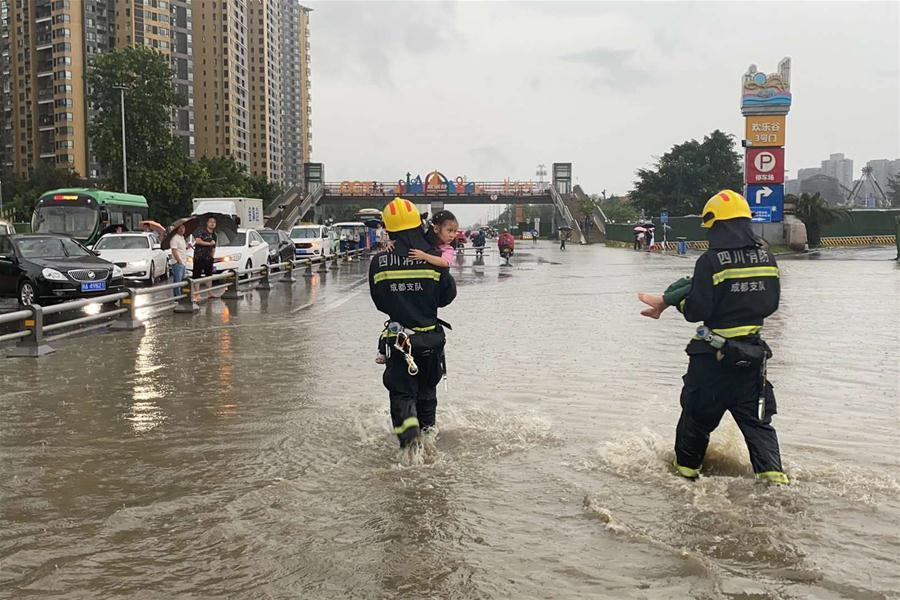 The downpours hit the western Sichuan Basin and the eastern part of the plateau area in western Sichuan from 8 am Saturday to 8 am Sunday. Continuous rainfall has caused 31 rivers in the province to exceed warning levels.

Farmland, transportation, water conservancy and other infrastructure in various parts of the province have been damaged to varying degrees, including the capital city of Chengdu, and the cities of Deyang and Mianyang.

Downpours led to the evacuation of some 60,000 residents in the areas. No deaths or missing persons have been reported so far, the province's flood control and drought relief headquarters said.