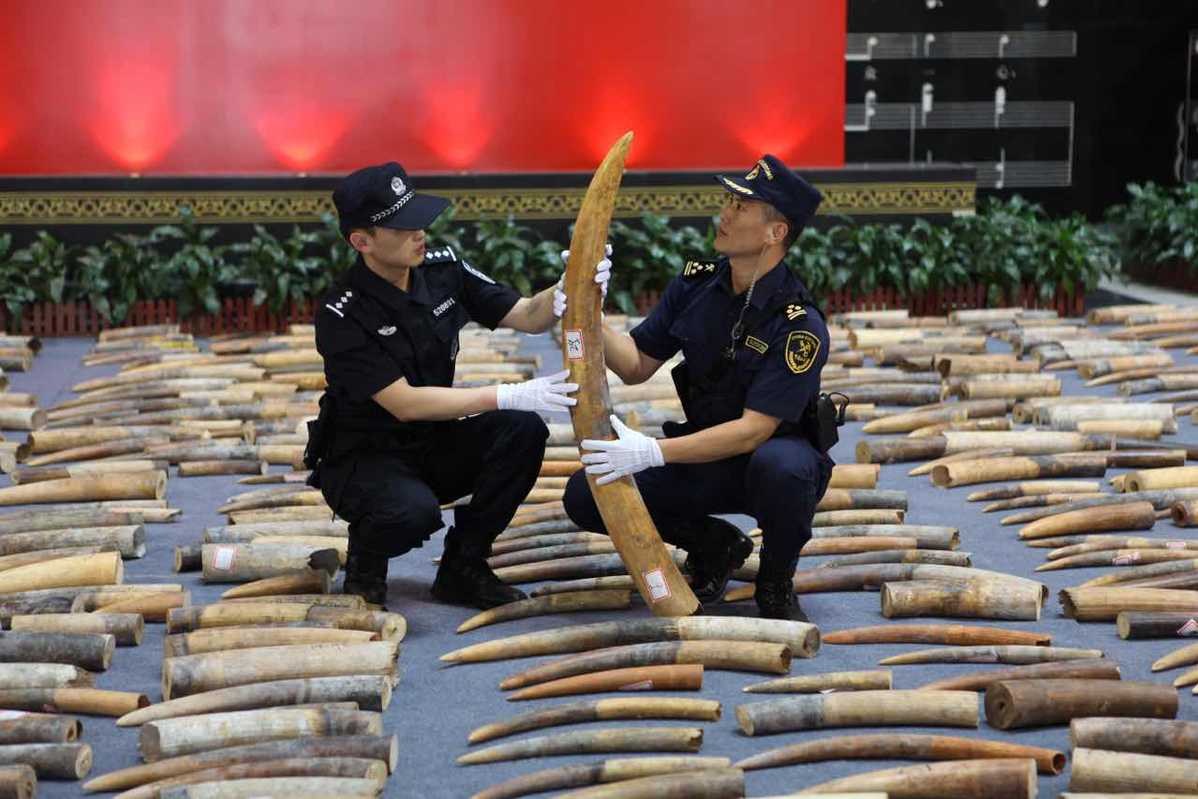 A total of 7,746 kg of ivory and ivory products have been seized in South China's Guangdong Province in the first four months this year, said customs authorities of the province Friday.

Guangdong customs busted 67 endangered species smuggling cases in the first four months of the year. Apart from the ivory items, a batch of live pangolins, eagles, and giant salamanders have also been seized.

Guangdong is one of the provinces where cases of endangered species smuggling occur frequently, said Zhou Jijun, deputy director of the anti-smuggling bureau of the Guangdong branch of China's General Administration of Customs.

The Chinese government suspended imports of ivory and all ivory products in 2015 and ended commercial processing and sales of ivory at the end of 2017.