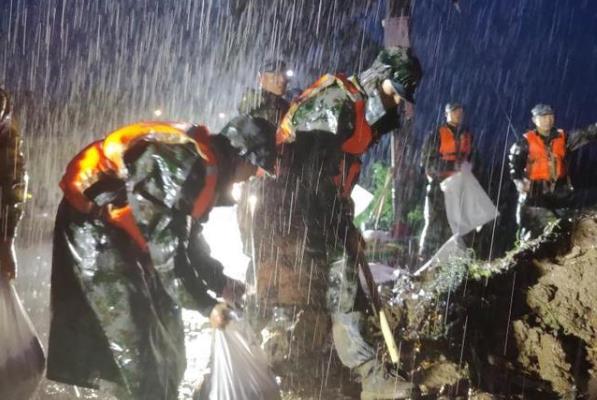 Heavy rainfall and floods have caused the deaths of 33 people in the province, with about 3 million people affected.

As the rainfall moves toward the northern part of the province, PLA soldiers are rushing to multiple counties on rescue missions. A total of 44 batches of troops have been dispatched by the Central Theater Command.

In the city of Xinxiang, which suffered heavy downpours from July 17 to 22, militia personnel have rescued or helped 1,778 people.

In the early hours of Wednesday morning, the armed police force delivered 18 rescue boats, 2,000 life vests and 500 lifebuoys to Zhengzhou, the provincial capital.