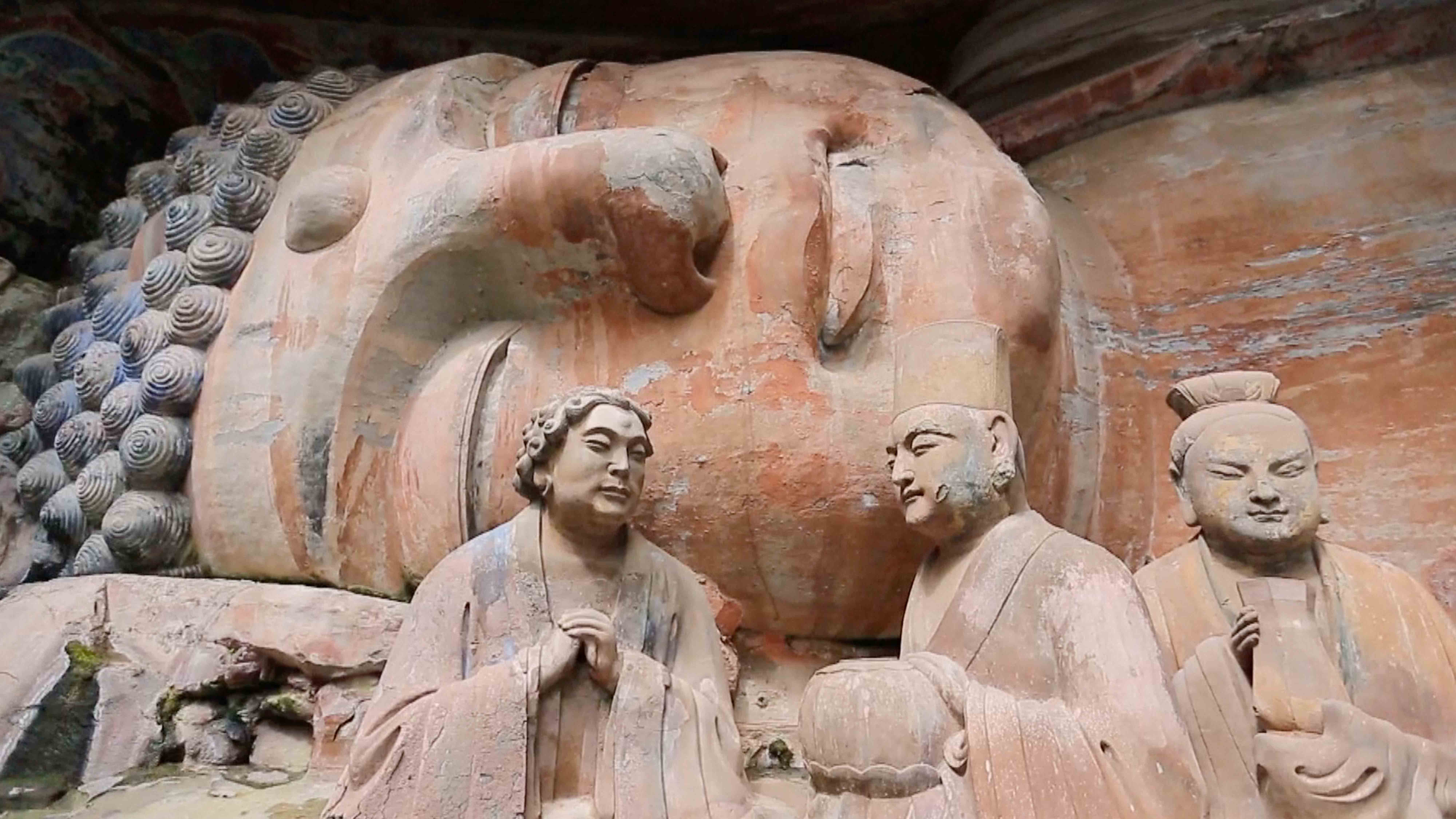 CHONGQING, Dec. 5 (Xinhua) -- More than 80 protection projects have been carried out on the Dazu Rock Carvings, a World Heritage site in southwest China's Chongqing Municipality, over the past two decades, according to an international symposium Wednesday.

Under the projects, deterioration of stone carvings has been effectively controlled and the prevention method is transforming from being rescue-oriented to a combination of rescue and prevention, said Li Fangyin, head of the Academy of Dazu Rock Carvings.

In recent years, the heritage authorities have established a security technique defense center, a protection center and a monitoring and early-warning center to enhance preservation of cultural relics through technology. The environmental protection projects around the grottoes also help upgrade the preservation environment of the carvings, according to Li.

The six-day 2019 International Symposium on Dazu Studies kicked off Sunday in Chongqing's Dazu District, with the participation of over 100 experts and scholars from more than 10 countries and regions.

More than 50,000 individual rock carvings lie in the grottoes of Chongqing's Dazu District. The carvings date from the 9th to 13th centuries and were placed on the World Heritage List by the United Nations Educational, Scientific and Cultural Organization in 1999.