CHINA Over 860,000 people affected by rain, snow in central China

Over 860,000 people affected by rain, snow in central China 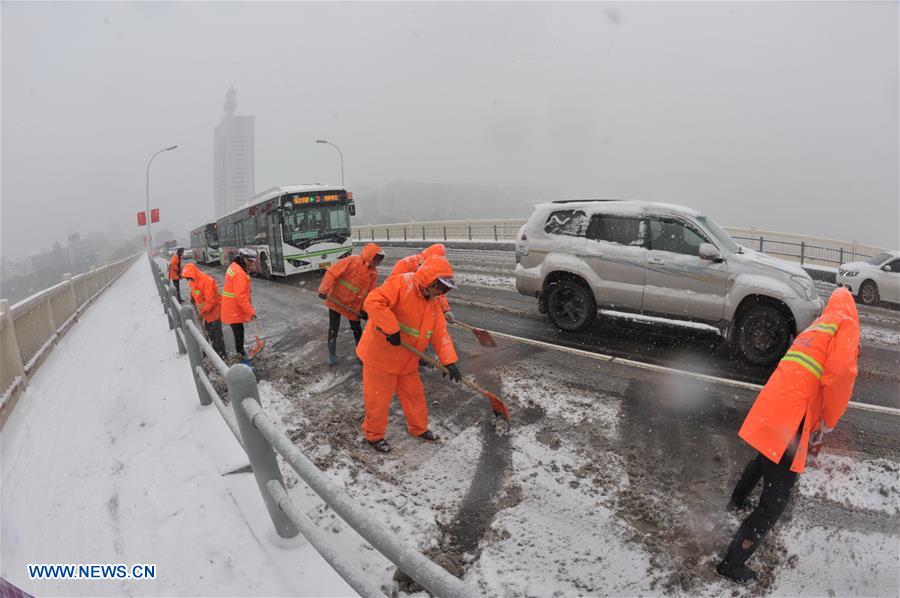 Sanitation workers clean snow in the street in Changsha, capital of central China's Hunan Province, Dec. 30, 2018. A snowfall has hit Changsha since the night of Saturday. (Photo: Xinhua)

CHANGSHA, Jan. 4 (Xinhua) -- Over 860,000 residents in central China's Hunan Province have been affected by freezing rain and snow that have persisted for days, local authorities said Friday.

As of 8 a.m. Friday, the cold wave prompted over 5,000 people to be relocated. About 39,000 people are still in need of living assistance, according to the provincial emergency management headquarters.

The rain and snow have damaged 79,560 hectares of crops and caused a direct economic loss of about 819 million yuan (119.3 million U.S. dollars).

Disaster relief supplies, including food, water, cotton quilts and coats, have been distributed by local authorities to the affected residents.

As of Friday morning, snow had subsided across the province, but provincial meteorological authorities warned of more rainy days in the coming week before Jan. 8.