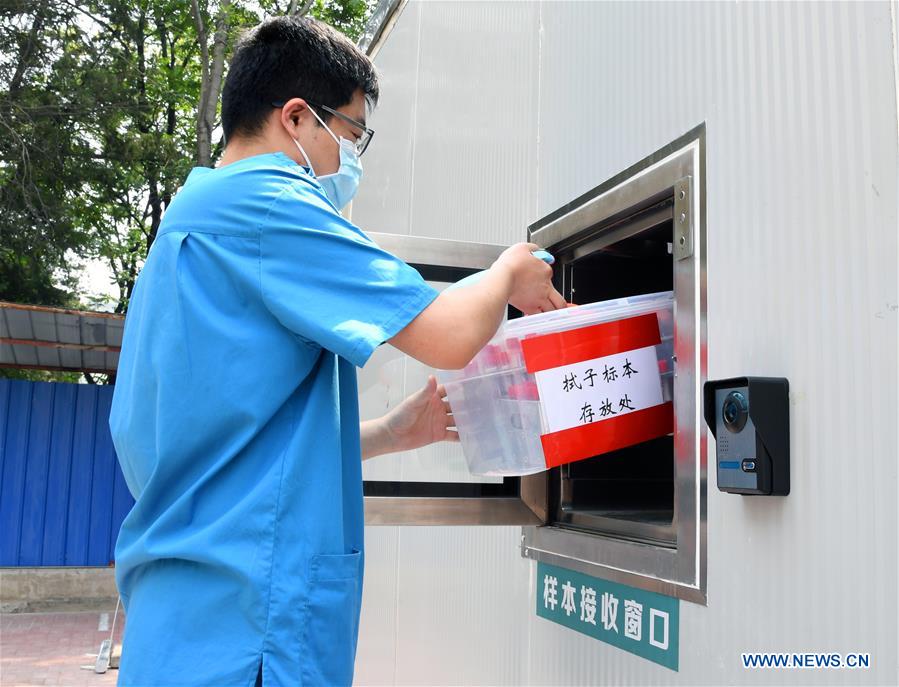 Zhang Hua, deputy director of Beijing Municipal Health Commission, said at a press conference on Tuesday afternoon that, during the peak period, a total of 2,422 sample collection points were set up at 480 venues across the capital for nucleic acid testing.

More than 7,400 personnel from hospitals, community health service centers, third-party testing agencies, and disease prevention and control departments have participated in sample collection during the tests.

The daily nucleic acid testing capacity of Beijing has now increased from 40,000 to more than 300,000 samples. If batch testing is employed, the capital can test over 1 million people per day, according to Zhang.

Hundreds of thousands of medical staff, public security officers, community workers, volunteers, and government officials have joined in the massive testing campaigns. These campaigns play an important role in screening, isolating, and treating infected patients, as well as stemming the spread of COVID-19 in Beijing.

From June 11 to 22, Beijing reported 249 confirmed domestically-transmitted cases, all of whom were receiving treatment in hospitals.