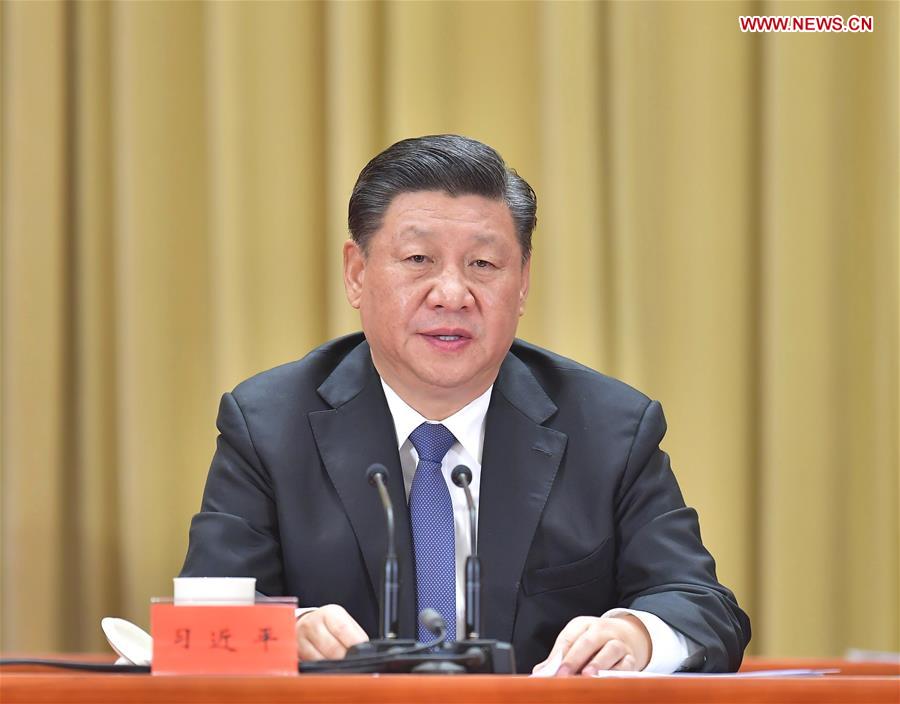 Chinese President Xi Jinping, also general secretary of the Communist Party of China (CPC) Central Committee and chairman of the Central Military Commission, delivers a speech at a gathering to commemorate the 40th anniversary of issuing Message to Compatriots in Taiwan, at the Great Hall of the People in Beijing, capital of China, Jan. 2, 2019. (Xinhua/Li Tao)

Xi, also general secretary of the Communist Party of China Central Committee and chairman of the Central Military Commission, addressed a gathering marking the 40th anniversary of the Chinese mainland's Message to Compatriots in Taiwan.

The speech was lauded by overseas Chinese of all circles, who expressed confidence in a peaceful national reunification.

Li Zhuohui, editor-in-chief of Harian Xin Bao Indonesia, said Xi's speech carries a message of sincerity and kindness, and provides a most feasible solution that promotes harmony across the Taiwan Strait.

Xi's speech was informative, powerful and passionate, with far-reaching influence on the prospects of the peaceful development of cross-Strait relations, said Zhu Liangwei, secretary-general of the UK Chinese Association for the Promotion of National Reunification.

Fan Xuan, editor-in-chief of Europe Times based in Hamburg, said Xi's statement that "China must be, will be reunified" was powerful. This is the common desire of all the people of China, including the patriotic compatriots in Taiwan.

Li Hongwei, honorary chairman of the China Council for the Promotion of Peaceful National Reunification (CCPPNR) in Chicago, said Xi called for joint efforts to advance the peaceful development of cross-Strait relations and the peaceful national reunification, which greatly inspired overseas Chinese to keep working unswervingly toward the achievement of a peaceful cross-Strait reunification.

Feng Zhenyu, chairman of the CCPPNR in Tanzania, said the major policies Xi mentioned in his speech embody the national fundamental interests and the national core interests, grasp the trend of the times, comply with the historical trend, and will further promote the process of the peaceful reunification of the motherland.

Chen Jiannan, chairman of the CCPPNR in Egypt, said overseas Chinese will firmly uphold the great cause of peaceful reunification of the motherland and make contributions to this end.