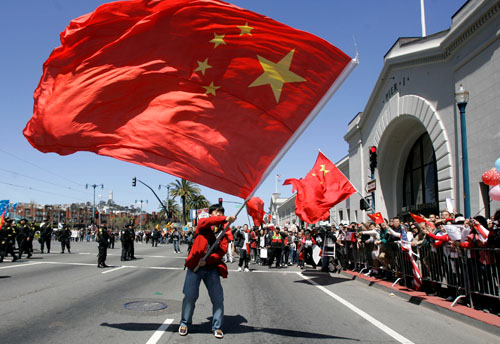 PHILADELPHIA, the United States, Jan. 6 (Xinhua) -- The Chinese community in the United States should continue to play their unique role as "positive energy" in cementing China-US ties, a diplomat said here Sunday.

Overseas Chinese in America have been participants in and contributors to the establishment of China-US ties, Huang Ping, Chinese consul general in New York, said in a meeting with representatives from the Chinese community in Philadelphia, the US state of Pennsylvania.

It is important that the Chinese community continues to help bridge bilateral ties, he added.

The diplomat said the exchanges between China and the United States are time-honored.

Many Chinese, who came to the United States early, have helped a lot in its national construction amid hardships and became an indispensable part of the pluralistic society, Huang noted. He added that interactions between the two sides have deepened over the past decades.

Huang said some 10,000 people make trips between the two countries every day.

"We are very proud of the achievement our motherland has made over the past 40 years and we will continue our role in strengthening bilateral exchanges," said Sam Hung Sang Leung, president of the Shenzhen Commerce Association of Eastern America.