CHINA Overseas Chinese youth in US awarded for excelling in painting, calligraphy

Overseas Chinese youth in US awarded for excelling in painting, calligraphy 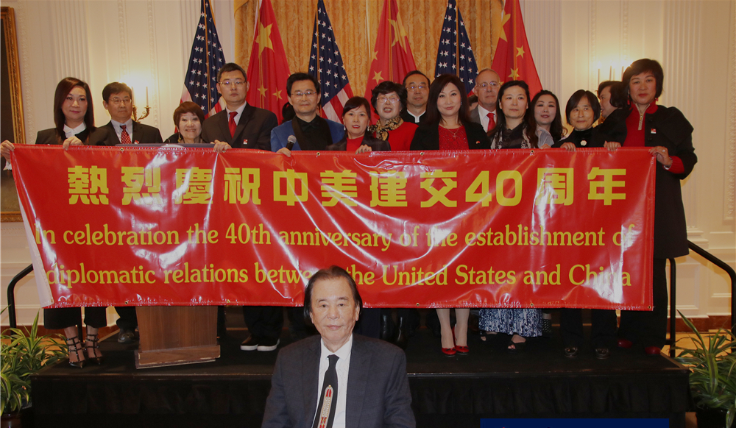 LOS ANGELES, Jan. 6 (Xinhua) -- An awards ceremony to honor the winners of a regional preliminary in an international art competition of overseas Chinese youth was held Sunday at the Richard Nixon Presidential Library and Museum in the US town of Yorba Linda in California.

More than 200 entries submitted between October and mid-December last year graced the preliminary in Los Angeles for the seventh edition of the biennial International Chinese Youth Painting and Calligraphy Competition. It was the first time that the contest was held in Los Angeles as a sub-region.

Ten pieces of work entered the final stage of the local contest, with Chinese cultural elements, creativity and coloring being the decisive factors in the judging. Among the winners was Feng Chi, 16, who took the Grand Prize with a landscape painting of landmark architectures in China, the United States, France and Britain.

He said it took 80 hours to complete his entry, adding "I'm extremely honored for winning the prize, and also surprised because I'm competing against a lot of very talented youth."

Winners will compete in the final in Beijing.

He said children are the most imaginative human beings, and "will hence be the only force in tomorrow's art world to counter the artificial intelligence" which is likely to outrun people in art where reproducibility matters like painting techniques.

The contest in Los Angeles was multi-sponsored by overseas Chinese and US-China cultural exchange organizations including the Beijing Returned Overseas Chinese Federation.

Li Hong, head of the organizing committee, said the local event was also held to mark the 40th anniversary of China-US diplomatic ties.

"So it's very meaningful to hold the local competition," Li added.

Tara Campbell, mayor of Yorba Linda, said, "I'm proud to say that we are hosting the event. We cherish cultural enrichment and it gives the opportunity to learn from one another."

The awards ceremony was attended by nearly 300 people including Chinese and US officials, artists and business figures.