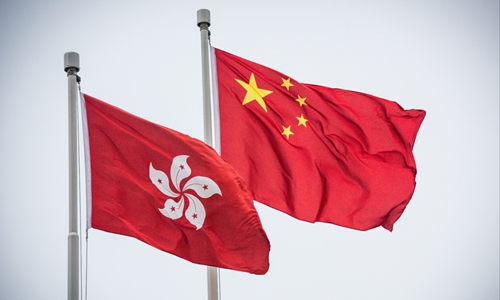 Political experts worldwide and overseas Chinese communities have criticized the signing of a Hong Kong-related act into law by the United States, saying the move interferes in China's internal affairs.

They also believe that the US signing the so-called Hong Kong Human Rights and Democracy Act of 2019 into law goes against international law and the basic norms governing international relations, and will negatively affect its relations with China as well as peace and stability worldwide.

Christine Bierre, editor-in-chief of France's Nouvelle Solidarite magazine and an expert at Schiller France Institute, said the US introduction of the act is absurd, as it would encourage and support the violence in Hong Kong.

The US meddling in Hong Kong affairs interferes in China's internal affairs and will cause severe harm to China-US relations, she said.

Jose Luis Robaina, a researcher at Cuba's International Policy Research Center, said Hong Kong is an inalienable part of China, and the Hong Kong-related act is simply an interference in China's internal affairs.

The US selective double standard on human rights is hypocritical and is inconsistent with international law and basic norms governing international relations, which serves its purpose of thwarting by all means China's development in fields such as politics, economy, and science and technology, he noted.

Greg Cusack, a former member of the Iowa House of Representatives, said the act is a testament to the hypocrisy of the US Congress.

"Do the members of this august body pretend that the kinds of disorder, violence and destruction Hong Kong has endured for many months would be tolerated anywhere else?" he asked.

William Jones, Washington bureau chief of the US publication Executive Intelligence Review, called the passage of the act a pure "interference in the affairs of China," saying, "Many of the activists will be encouraged by this'support."

Zhang Fuming, president of the US Chinese American Association of Commerce, said the US act interferes in China's internal affairs.

The US move is another example of the United States' bullying, he added, noting that it has nothing to do with the human rights situation in Hong Kong and would have a negative impact on US relations with China.

Qiao Fengxiang, president of the Houston chapter of the National Association of Chinese-Americans, said he believes the bill would have a great negative impact on US-China relations, harm the common interests of the two countries, and is not conducive to world peace and stability.

Tariq al-Senotti, deputy editor-in-chief of Egypt's Al-Ahram newspaper, noted that a country's legislation is domestic, and one country's domestic law is not applicable in other countries.

The US move shows chaos in the US foreign policy, he added, warning that such a move would negatively affect US relations with China.

Ronnie Lins, director of the China-Brazil Center for Research and Business, said the US signing of the Hong Kong-related act into law is a violation of China's sovereignty, which is shocking.

The United States has imposed a "long-arm jurisdiction" in many international affairs, said Isabelle Carvalho, an expert at the Brazil-China Chamber of Commerce and Industry, adding that Hong Kong is a part of China and that Hong Kong affairs are China's internal affairs.

Robert Griffiths, general secretary of Communist Party of Britain, said the Hong Kong-related act is another example of how the United States "arrogantly violates the sovereignty of other nations and the rights of their peoples."

"Over the past 70 years, no country can match the prolific record of the USA when it comes to bombing, invading and subverting other countries," he said.