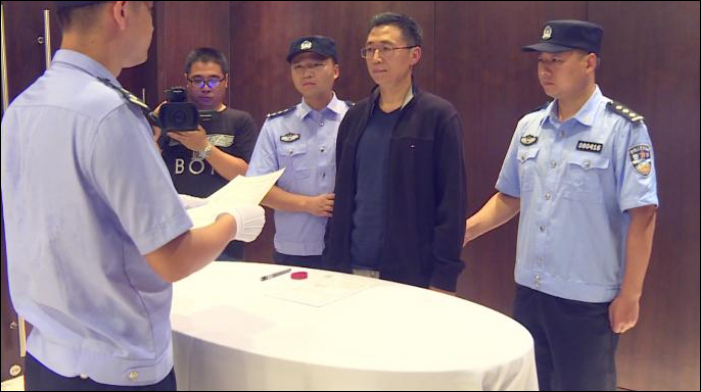 A fugitive suspected of duty-related and economic crimes returned to China and turned himself in on Thursday, becoming the first to give himself up after authorities issued an announcement calling on runaways for duty-related crimes to surrender in return for leniency.

Wu, 53, was board chairman and general manager of a textile company in east China's Jiangsu Province. He was accused of embezzling funds, misappropriation and loan fraud. He fled to Canada in November 2013.

As of the end of this April, over 4,000 fugitives were captured in over 90 countries since the launch of the "Sky Net" operation in 2015, according to the top anti-graft body of the Communist Party of China (CPC).

A total of 4,141 fugitives, including 825 state functionaries, and 52 on the "red notice" for the most wanted fugitives, were caught or returned to China, with nearly 10 billion yuan recovered, according to a statement on the website of the CPC Central Commission for Discipline Inspection (CCDI).

The campaign against corruption suspects who have fled abroad has intensified this year, the Fugitive Repatriation and Asset Recovery Office of the Central Anti-Corruption Coordination Group said in April.