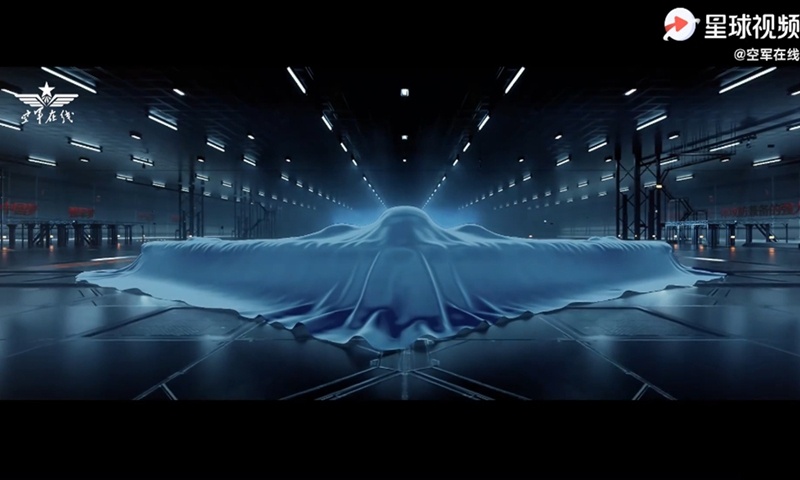 Overseas media reports have recently hyped some computer-generated images of a new type of bomber published by a Chinese mainland magazine, saying it looks like the Chinese People's Liberation Army (PLA) Air Force's next-generation stealth bomber, the H-20. But a source said the images are only imaginary and are not related to the H-20.

Some media outlets from Hong Kong and the island of Taiwan reported on Tuesday that a Chinese mainland magazine on military affairs recently published some computer-generated images of the H-20, saying that the magazine has an official background and hinting that these images to some extent represent the real H-20.

The reports also speculated about the details and specifications of the H-20 and the PLA's future military strategy.

In response to these reports, a source close to the matter told the Global Times on Tuesday that these images of the bomber are actually artist impressions by a military enthusiast, and the magazine never said the bomber represented the H-20.

The story in the magazine was actually discussing the US and Russia's bomber development, not China's, so it was the overseas media that mistakenly linked it to the H-20, the source said.

The magazine is indeed affiliated with a state-owned arms company, but it is only a popular science magazine on military affairs, and it would be contradictory to the usual practice for China to release core information on a major new weapon in such a magazine, the source said.

Overseas media reports have been using the topic of the H-20 to hype the "China threat" theory for a long time, a Chinese military expert who wished to remain anonymous told the Global Times.

It is natural for China to develop a next-generation strategic bomber, so the media should not be surprised by it, the expert said.

The PLA Air Force for the first time gave a hint on the design of its next-generation, long-range strategic stealth bomber by including it in a scene in the service's 2021 recruitment video released in January.