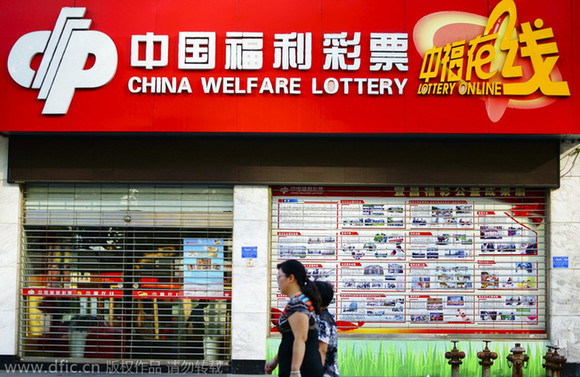 China is beefing up oversight over its welfare lottery system in a bid to restore public confidence in the country's major platform for charitable endeavors, said a senior official on Thursday.

The measures include the redraft of previous rules governing the management of capital and government procurements, she said. They also involve new system designs that aim to strengthen information disclosure and internal auditing.

"We will continue our efforts on this front," she said.

She was speaking at a news conference organized by the State Council Information Office to introduce the recent reforms within the civil affairs departments.

The China Welfare Lottery - overseen by Gao's ministry - is a major government-approved lottery created to use its revenues to aid disadvantaged groups.

Gao said the ministry will update the lottery's technical standards and develop new games and technologies. The aim is to meet public demand for a nonprofit lottery and strike a balance between entertainment and charity.

"We feel pressure (to carry out the work), but we are confident," she said.

Despite the hike in popularity, the lottery has also long been plagued by scandals.

The 58-year-old Beijing native was the third of the center's directors investigated on such charges since 2017, following her predecessors Chen Chuanshu and Bao Xuequan.

Huang Shuxian, minister of civil affairs said the ministry has created a comprehensive management system that oversees the lottery's distribution, sales and revenue disposal in line with the central leadership's requirements.

Huang said the changes have helped restore public confidence in the lottery and facilitate its healthy development.