CHINA Overweight, obesity rates on the rise among urban women

Overweight, obesity rates on the rise among urban women 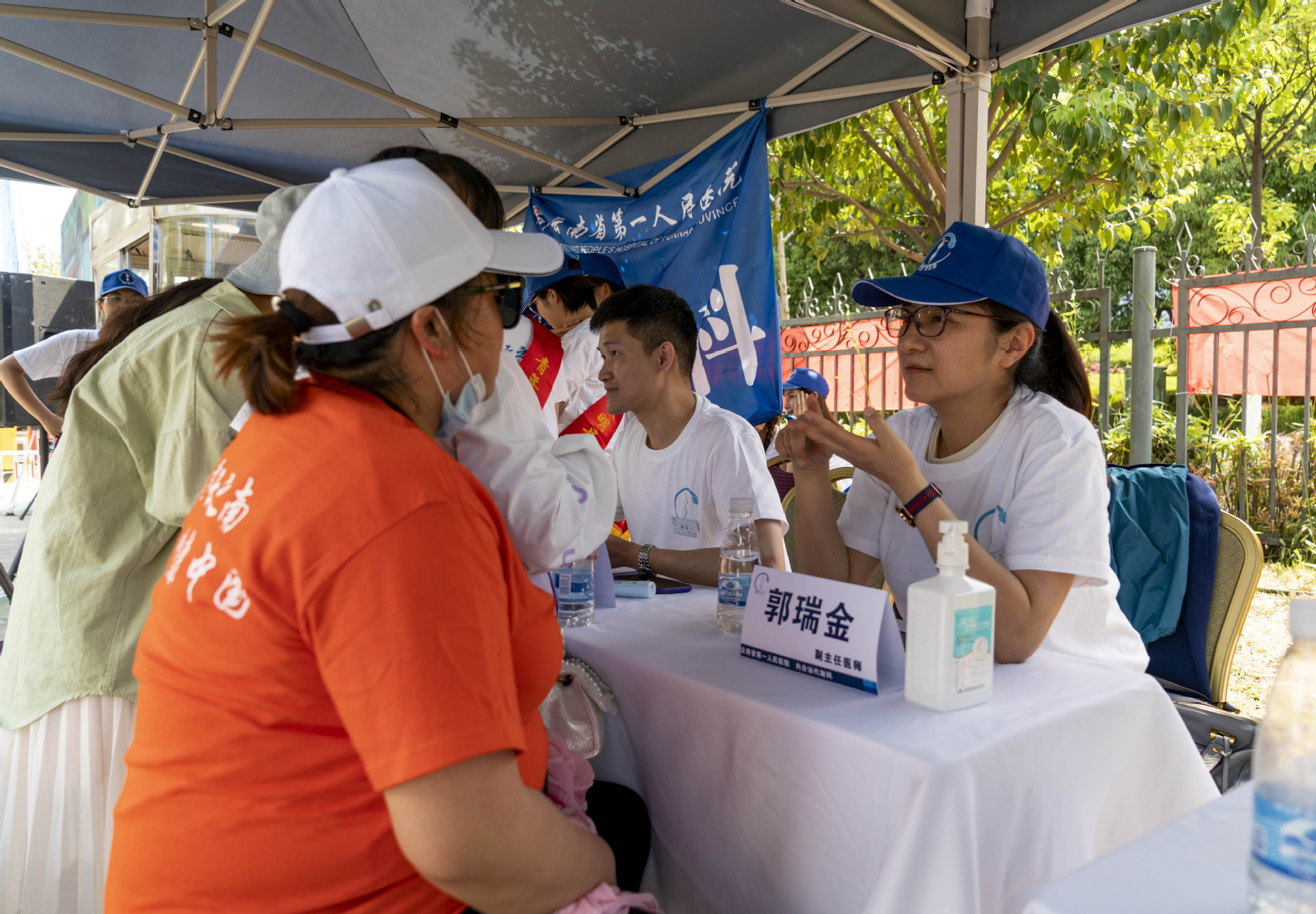 A resident talks to a physician in a free consultation session over weight control in Kunming, capital city of Southwest China's Yunnan province on May 9, 2021. (Photo: Xinhua)

The rates of overweight and obesity of urban women in China have respectively increased to 30 percent and 12.5 percent over the past 10 years, according to a recent white paper.

Titled the White Paper for Healthy Diet of Chinese White-collar Females (2021), it was compiled and issued by the Chinese Nutrition Society in collaboration with Zespri Greater China.

To provide comprehensive and scientific guidance, the white paper collected food data and nutrition intake data of more than 40,000 women of childbearing age from 302 monitoring points in the country.

Urban women aged 40 to 49 have a higher overweight rate, mainly because of the growing accumulation of fat in their bodies resulting from the change of estrogen after entering the perimenopausal period, it said.

Compared with 10 years ago, Chinese women's dietary nutrition and health status have greatly improved, with the malnutrition rate decreasing to 4.4 percent, it showed.

Besides the obvious increases in overweight and obesity rates, Chinese females' intake of cooking oil and salt still surpasses the recommended value of dietary guidelines, it warned. Unbalanced diets still exist, caused by insufficient intake of nutrients provided by foods like soybeans, milk, fish and shrimp.

Zhao Liyun from the China Center for Disease Control's Institute of Nutrition and Health pointed out the intake of fresh fruits was less than 30 percent the recommended value, despite of the diversified food intake of white-collar women aged 18 to 49.

She also stressed the prevalence of anemia among special populations, such as women who are pregnant or breast feeding, was worthy of attention. The anemia rate of lactating mothers showed an upward tendency.

He Li, from the same institute, reminded working women to avoid blind weight loss, as excessive thinness could lead to iron-deficiency anemia.