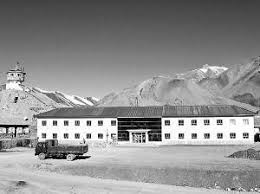 High-pressure oxygen therapy and portable barracks are being introduced to the Qinghai-Tibet Plateau to boost the People's Liberation Army (PLA) combat capability, a Chinese expert told the Global Times on Monday.

All frontline training troops and border outposts have been equipped with oxygen generators and oxygen cylinders, the official PLA website 81.cn reported Sunday.

Oxygen stations have been built along border roads for soldiers to recover stamina.

"Altitude stress makes troops have breathing difficulties, results in headaches and insomnia," a former military officer who served in Tibet told the Global Times on Monday. He refused to be named.

Applying oxygen therapy helped soldiers to recover in the harsh conditions and enhanced their combat capabilities, he said.

The PLA is also improving troops' quality of life, the 81.cn report said.

Their design and materials make them sturdy, moisture-proof and cold-resistant, keeping the room temperature at 15 C even in the worst of snow storms, the report said.

Equipped with cutting-edge camouflage nets, the barracks are difficult to detect and suitable for field operations, the website reported.

Phone cover is increasingly available in all training zones enabling the troops to make calls or surf the internet.

The combined challenge of thin air and low temperatures makes winters in Tibet difficult for troops.

Four warm meals and soup are now included in the canteen meal.

New barracks and other improvements can let troops have enough rest and guarantee their quality of life so that they can work together with better morale, according to Song.