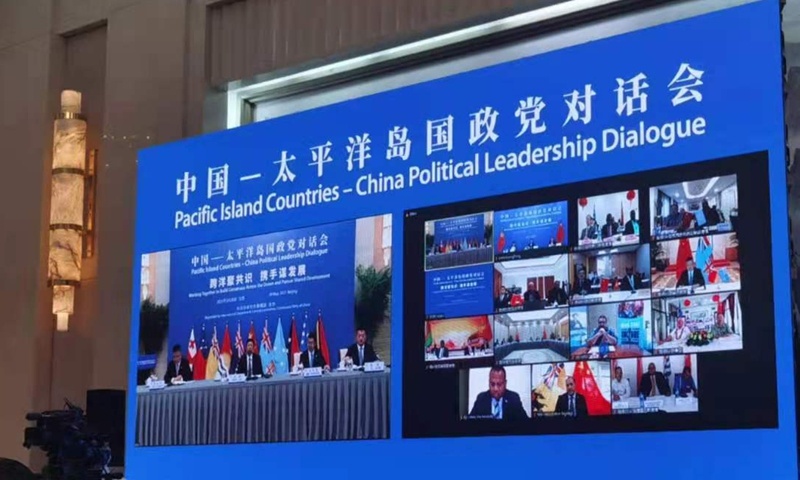 Assistance from the Communist Party of China (CPC) in battling the COVID-19 epidemic, and China's steady support on challenges such as climate change have extensively contributed to the sustainable development of the Pacific region, representatives and senior politicians of 10 Pacific island countries said on Friday morning via video link at a political leadership dialogue organized by the International Department of the CPC Central Committee.

China has assisted the region with many urgently needed materials in the COVID-19 fight, and has offered to donate COVID-19 vaccines to countries such as Fiji and the Solomon Islands. China has also set up the Joint COVID-19 Response Fund and made three additional capital injections to support Pacific Island countries.

Lu Kang, director-general of the Department of North American and Oceanian Affairs of the Chinese Foreign Ministry, said that China and the Pacific island countries are "true friends and good brothers who respect each other politically, conduct mutually beneficial cooperation economically and support each other in international affairs."

"We appreciate China for its long-term support with no political strings attached," said Bob Loughman, prime minister of Vanuatu, at the dialogue.

"China maintains that all countries - big or small - are equal, and respects the efforts of island countries to participate in international affairs on an equal footing. In state-to-state relations, bossing around is unacceptable. We never attach conditions or interfere in other countries' internal affairs. We stand ready to continue to support each other on issues concerning core interests and major concerns with the island countries," said Lu.

Climate change has long been a big concern for many island nations of the Pacific who consider themselves to be on the front lines of the challenge, especially after the US administration quit the 2015 Paris Agreement, a 200-nation deal to combat climate change. 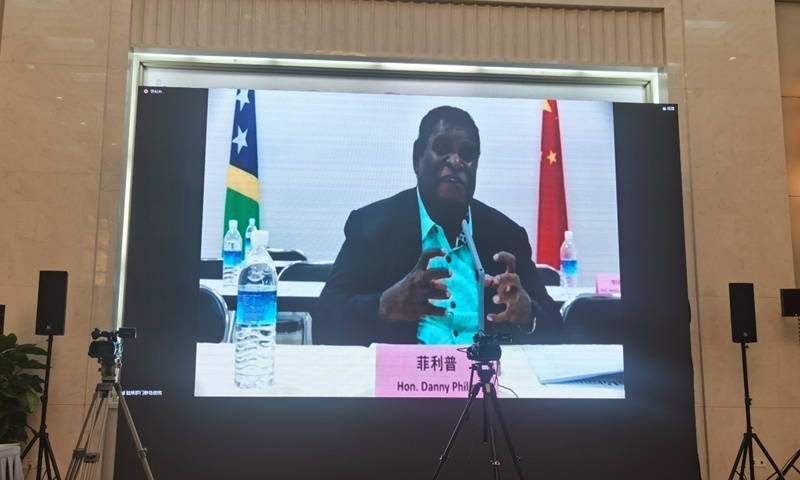 Leaders of the Pacific island countries have endorsed the development of a 2050 Strategy for the Blue Pacific Continent, while acknowledging the need for urgent and immediate action against the threat and challenges from climate change.

China attaches importance to and understands the special concerns of the island countries on climate change. Over the years, China has provided them with batches of energy conservation and environmental protection materials and renewable energy equipment, and held training courses that enable them to better cope with climate change, according to the representatives.

China's strength makes it more qualified to share its advanced experience and plans for economic and social development with the world, like measures against climate change and the Belt and Road Initiative, former Solomon Islands' prime minister Danny Philip told the Global Times on Friday.

"China has no selfish interests in the Pacific. It does not seek any so-called political influence and does not target any third party. Some countries and media keep making irresponsible remarks about the normal cooperation between China and the island countries and play up the 'China threat' theory. This is a complete distortion," Lu said in his speech, calling on developed countries to take more concrete actions to help island countries better cope with climate change.

Island countries' representatives also reaffirmed how the development path and domestic achievements of the CPC leadership in China over the past 100 years provide an important reference for them.

The CPC has been accountable to its people and dedicated to their needs, as is evident in the dramatically raised average income for Chinese people over the years and China's achievements in eliminating poverty, David Panuelo, president of the Federated States of Micronesia, told the Global Times on Friday. "I believe that the CPC can maintain its vitality because of its commitment to the Chinese people."

In the future, China is ready to further strengthen coordination with Pacific island countries in international and regional affairs, to advance South-South cooperation and work on climate change, in a bid to build a community of shared future between China and Pacific island countries, said Song Tao, minister of the International department of the CPC Central Committee, at the dialogue.