Chinese medical soldiers stand at attention during the sailing of the Chinese naval hospital ship Peace Ark at the Port of Luanda, capital of Angola, Oct.19, 2017. (Xinhua/Jiang Shan)The Chinese naval hospital ship Peace Ark has arrived in Luanda, capital of Angola on Thursday morning, on an eight-day mission to deliver free medical services to the local people.Guan Bailin, Task

Xinjiang lifts half impoverished population out of poverty in 4 years People Who Work in the Film Industry Have Been Greatly Motivated: Government Official

Zhang Hongsen, Vice Minister of the State Administration of Press, Publication, Radio, Film and Television, said on October 20 that under the guidance of General Secretary Xi Jinping and the Central Committee of the Communist Party of China (CPC), people who work in the film industry have been greatly motivated in the past five years.He made the remarks at a 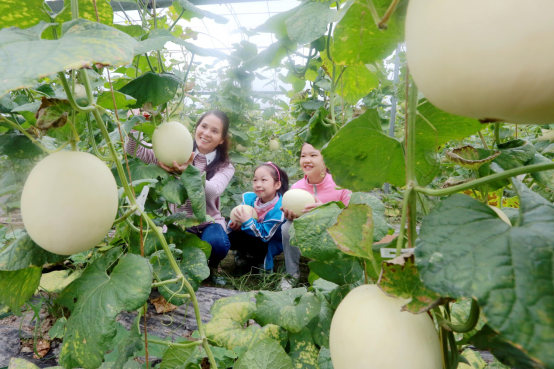 The visitors are plucking cantaloupes at an agricultural demonstration park in Xiajiang county, east China's Jiangxi Province on October 15, 2017. (Photo by People's Daily Online)In his report to the ongoing 19th National Congress of the Communist Party of China (CPC) on Wednesday, Xi Jinping pledged China's resolution to pursue a rural vitalization strategy, which boosts farmers' confidence in their

"The Revival", a symphonic chorus paying tribute to the birth of the CPC

On October 20, the 19th China Shanghai International Arts Festival opened at the Shanghai Grand Theatre with the premiere of "The Revival", a symphonic chorus by young composer Gong Tianpeng for paying tribute to the birth of the Communist Party of China in Shanghai in 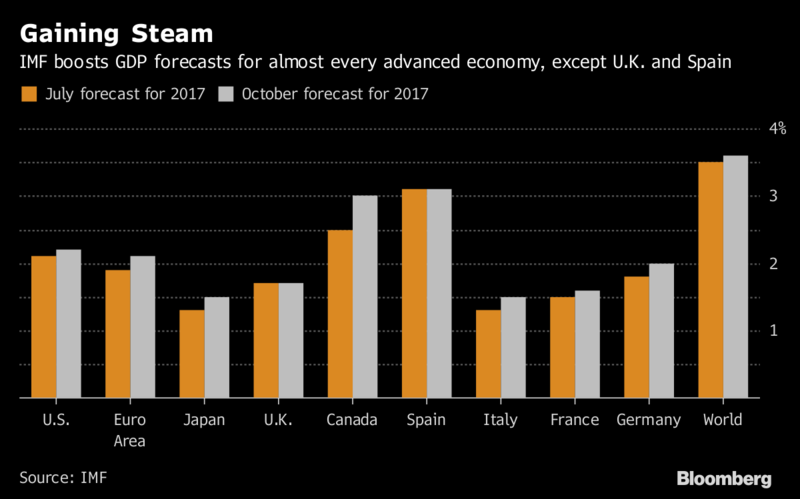 China’s robust expansion is boosting a global economythat’s already racking up its best performance in a decade.China on Thursday announced that the world’s second-biggest economy expanded by 6.8 percent in the third quarter, following on from weekend musings from central bank governor Zhou Xiaochuan of a 7 percent pace for the second half. And in a sign the consensus view 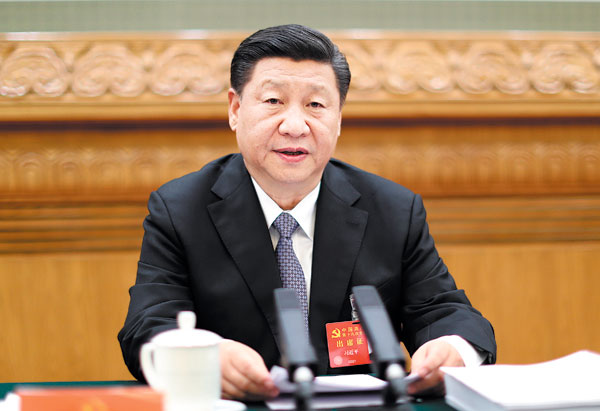 Xi Jinping, general secretary of the CPC Central Committee, presides over the second meeting of the presidium of the 19th CPC National Congress at the Great Hall of the People in Beijing on Friday. JU PENG / XINHUAIt offers confidence in 'road forward' with uplifting messages, delegates sayA new political theory unveiled at a key congress of China's ruling Communist

Pedro Miguel Locks on the Panama Canal. A new cruise terminal nearby is set to boost tourism in the country. Photo: AFPTerminalwillmake the Perico Island area near the entrance to the country's transoceanic canal a tourist destination.A group including China Harbour Engineering Company (Chec) has started building a US$165 million port in Panama for cruise ships, the first project announced

China box office revenues to bounce back in 2017: regulator

Vice Minister of the State Administration of Press, Publication, Radio, Film and Television Zhang Hongsen attends a news conference during the 19th National Congress of the Communist Party of China in Beijing, October 20, 2017. REUTERS/Thomas PeterChina’s movie box office revenue is expected to grow in 2017 at more than three times the pace of last year thanks to the 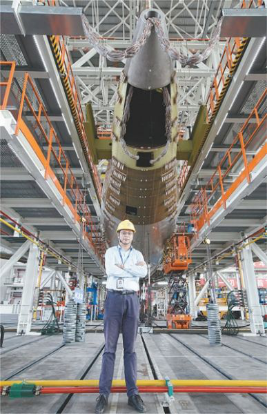 China has seen continuous 85 months of aviation success with more than 54 millionsafe flying hours, from August 24, 2010 to September 30, 2017, a performance that matches China's best safety record.Photo:Zhao Junfeng, an engineer at the Commercial Aircraft Corporation of China's (COMAC) Shanghai Aircraft Design and Research Institute in charge of the static tests of the C919, takes a 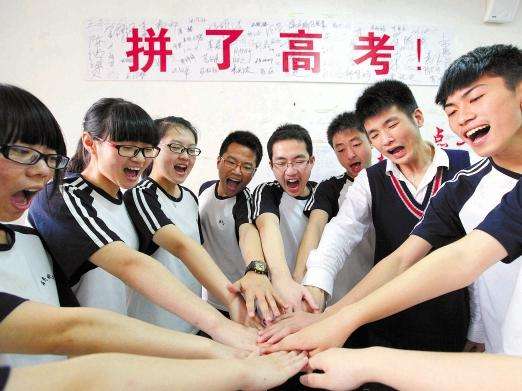 New gaokao reform system to be built by 2020

File Photo: VCGXi Jinping, general secretary of the Communist Party of China (CPC) Central Committee, on Thursday renewed his call for perseverance with the anti-graft drive.Xi said at a discussion session with Guizhou delegates on the second day of the 19th CPC National Congress that on the issue of comprehensively strengthening Party discipline, one cannot have the idea of ending 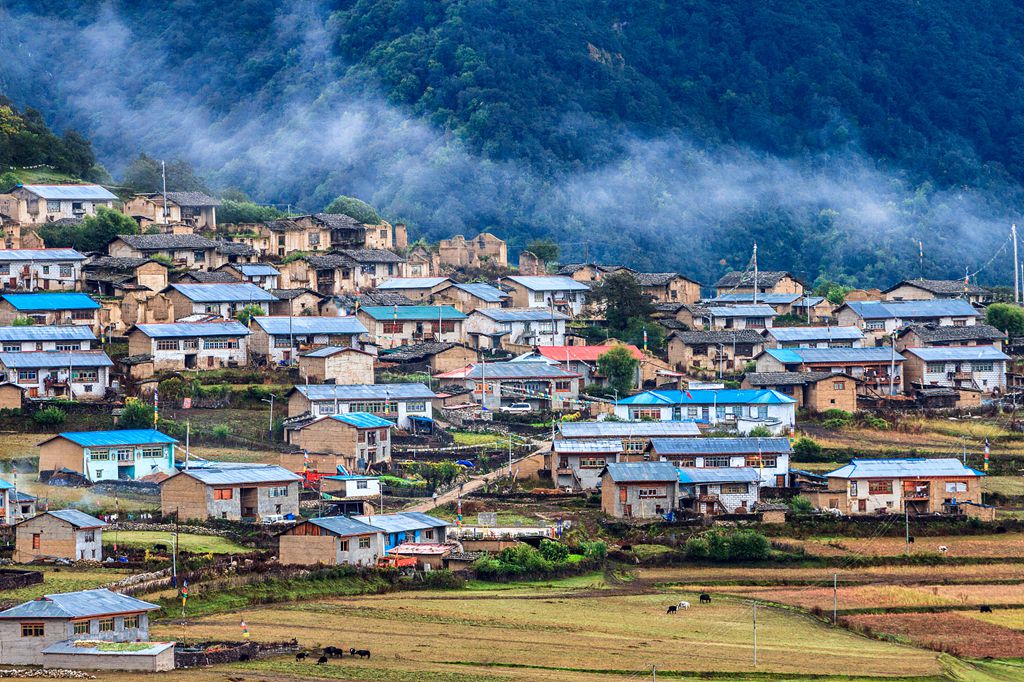 (Photo:VCG)Anti-poverty work will continue its momentum in Tibet to ensure the autonomous region does not fall behind in the national endeavor of building a "moderately prosperous society" by 2020, a regional official said.By the end of 2016, Tibet had 442,000 people living below the poverty line, and the poverty rate was higher than the national average. The total population in 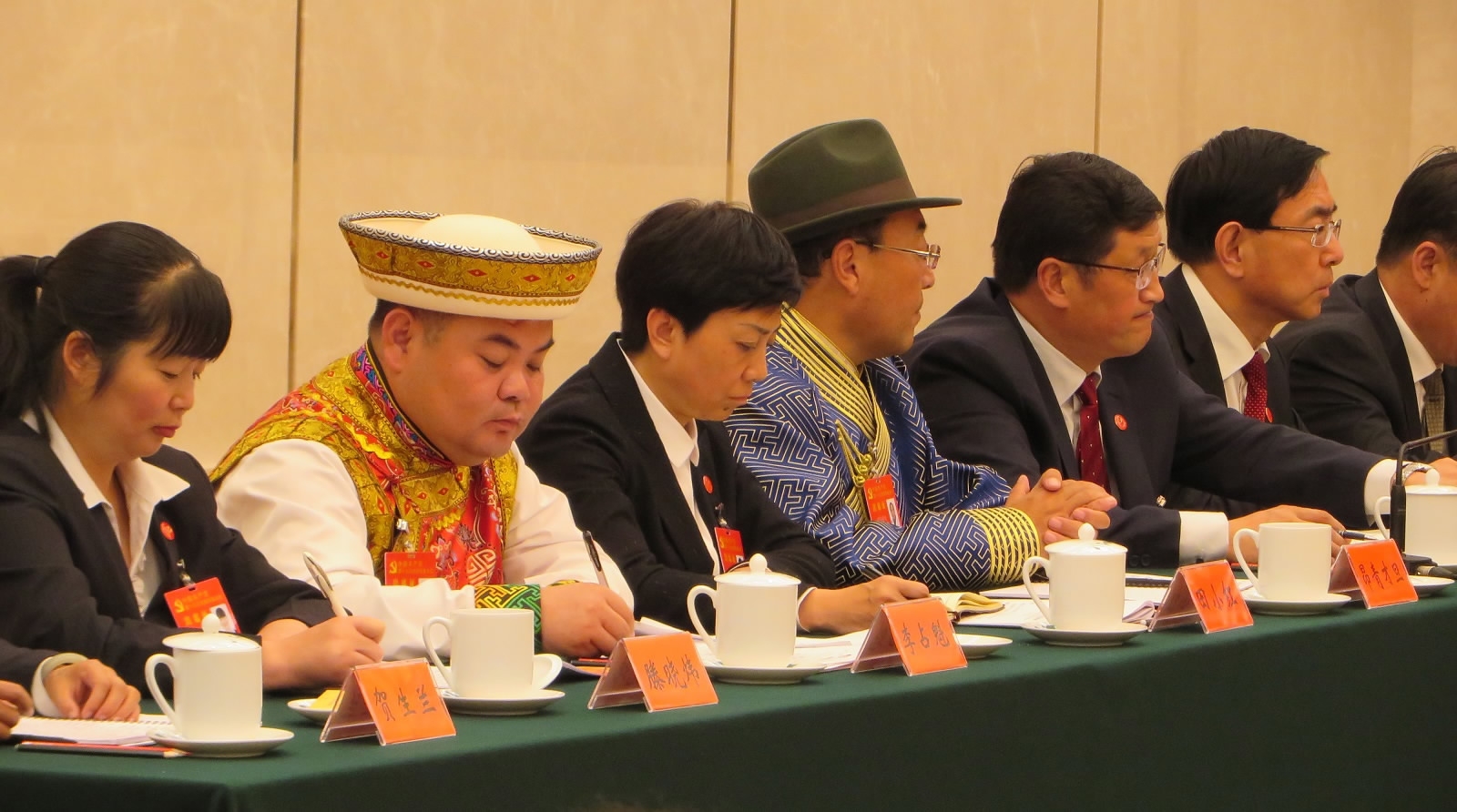 What does a delegate at the 19th CPC National Congress do?

(Photo: CGTN)A total of 2,280 delegates are attending the 19th CPC National Congress at the Great Hall of the People in Beijing this week. But what do they actually do? CGTN attended some delegate discussions that were open to the press Thursday to find out more.Who are they?Delegates come from every province, municipality and autonomous region in China, but alongside

Professor Zheng Yongnian, director of the East Asian Institute at the National University of Singapore. People's Daily/Yu YichunBangkok -Chinese President Xi Jinping Wednesday reaffirmed China's determination to strengthen anti-graft measures during his speech at the opening ceremony of the 19th National Congress of the Communist Party of China (CPC) in Beijing."The purpose of the anti-corruption campaign lies in the establishment

The central bank's yuan outstanding for foreign exchange rose in September, snapping a 22-month decline, data from China's central bank showed Thursday.The funds increased by 850 million yuan (around 128.6 million U.S. dollars) from August to 21.51 trillion yuan, according to the People's Bank of

China's giant combat robot braces for upcoming fight with robots from US, Japan

The battle between “Transformer” and “Gundam” ended with a sweeping victory for American MegaBots, beating Japanese Suidobashi Heavy Industry’s Kuratas 2-1 in the competition. Now China is gearing up for a fight, expected as early as the end of 2017.Chinese giant combat robot Yamantaka delivered its challenge last September. It has since then been talking to the two companies with 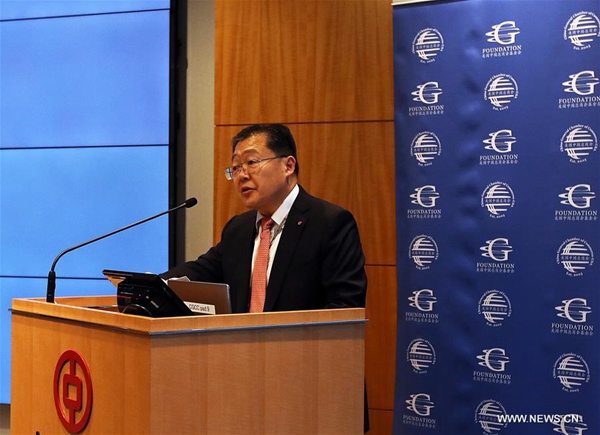 A comprehensive China-U.S. investment and cooperation database was launched on Wednesday in New York city, aiming at enhancing cooperation between the Chinese and U.S. business communities and promoting Chinese investment in the United States.The database, the first investment information database serving Chinese companies and their partners in the United States, was established by the China General Chamber of Commerce - 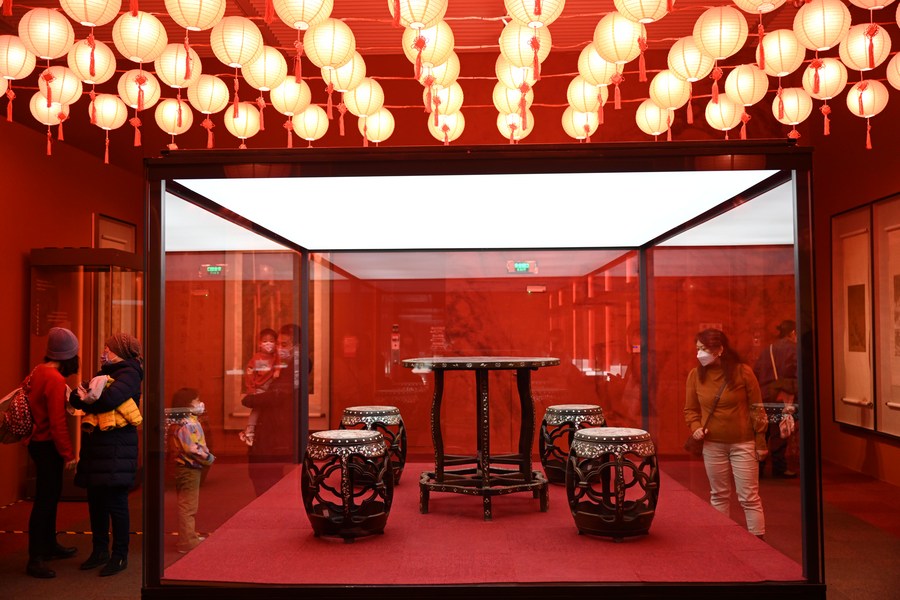 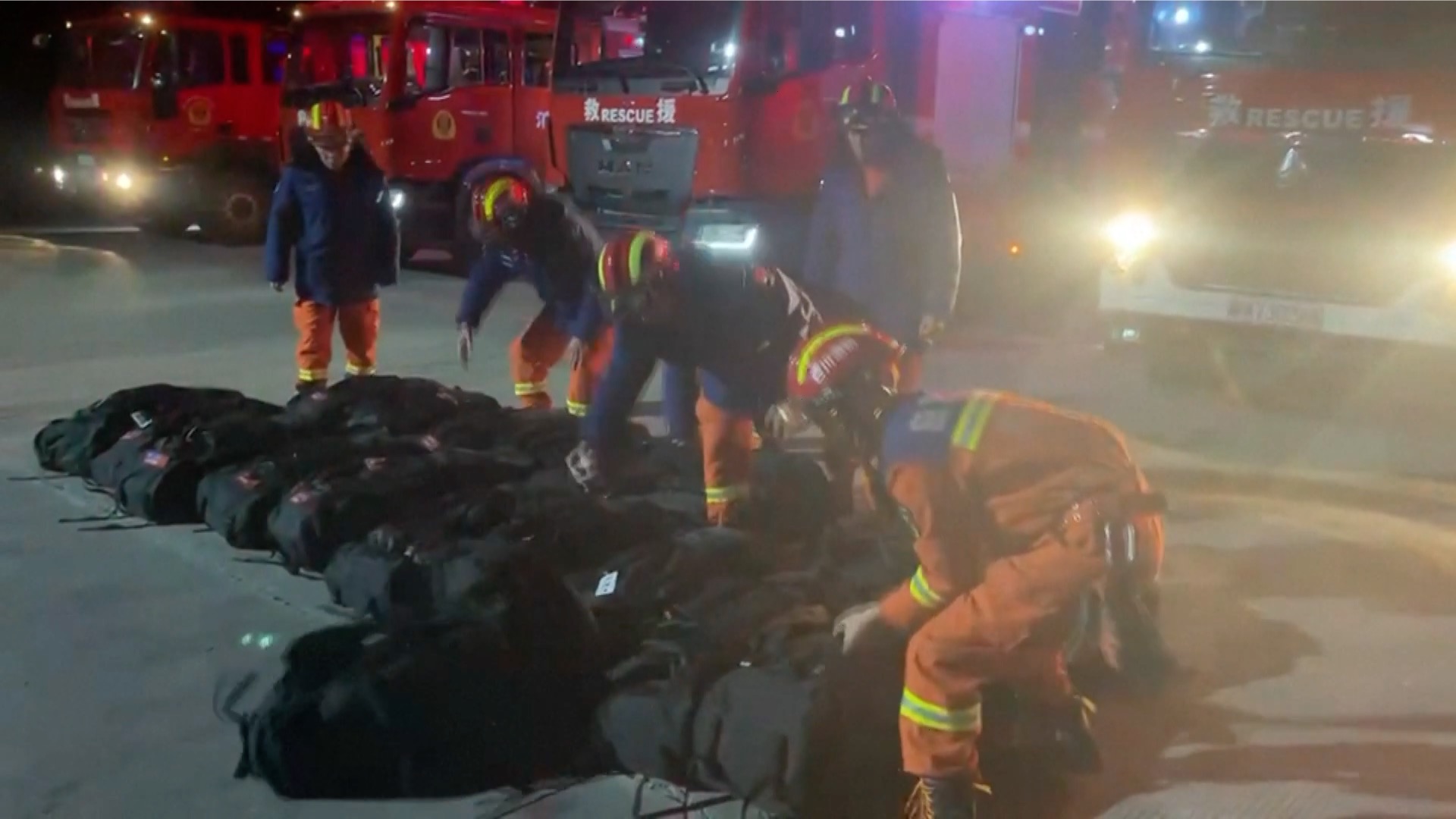 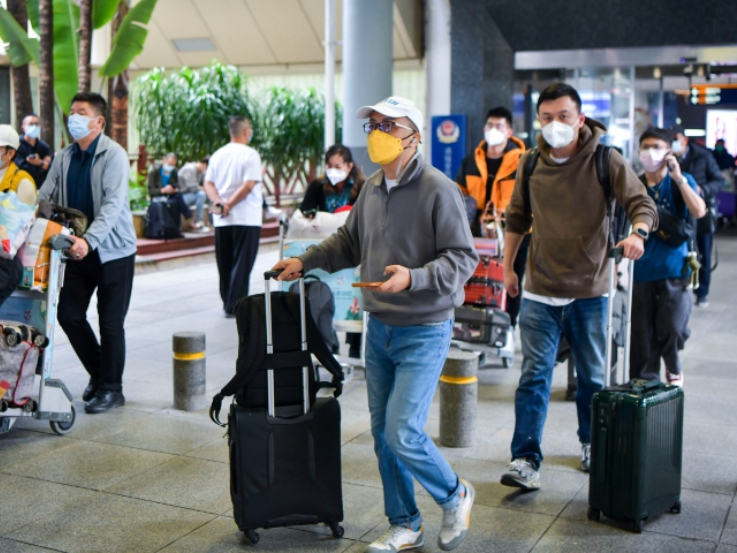 Possibility of XBB, BQ.1 strains prevalent in China in 1st half of 2023 remains low: veteran expert 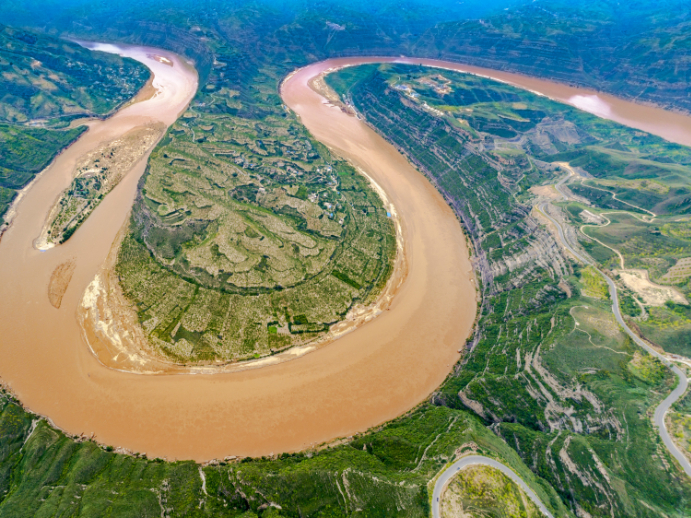 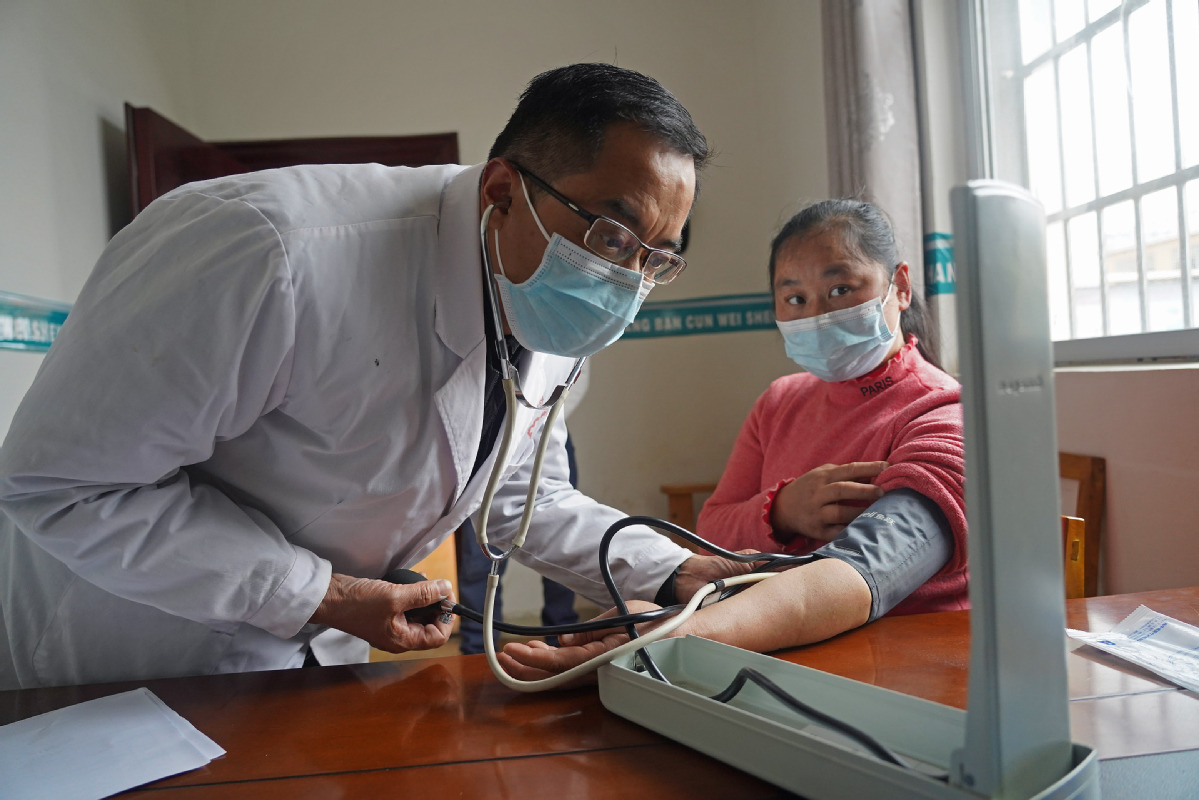 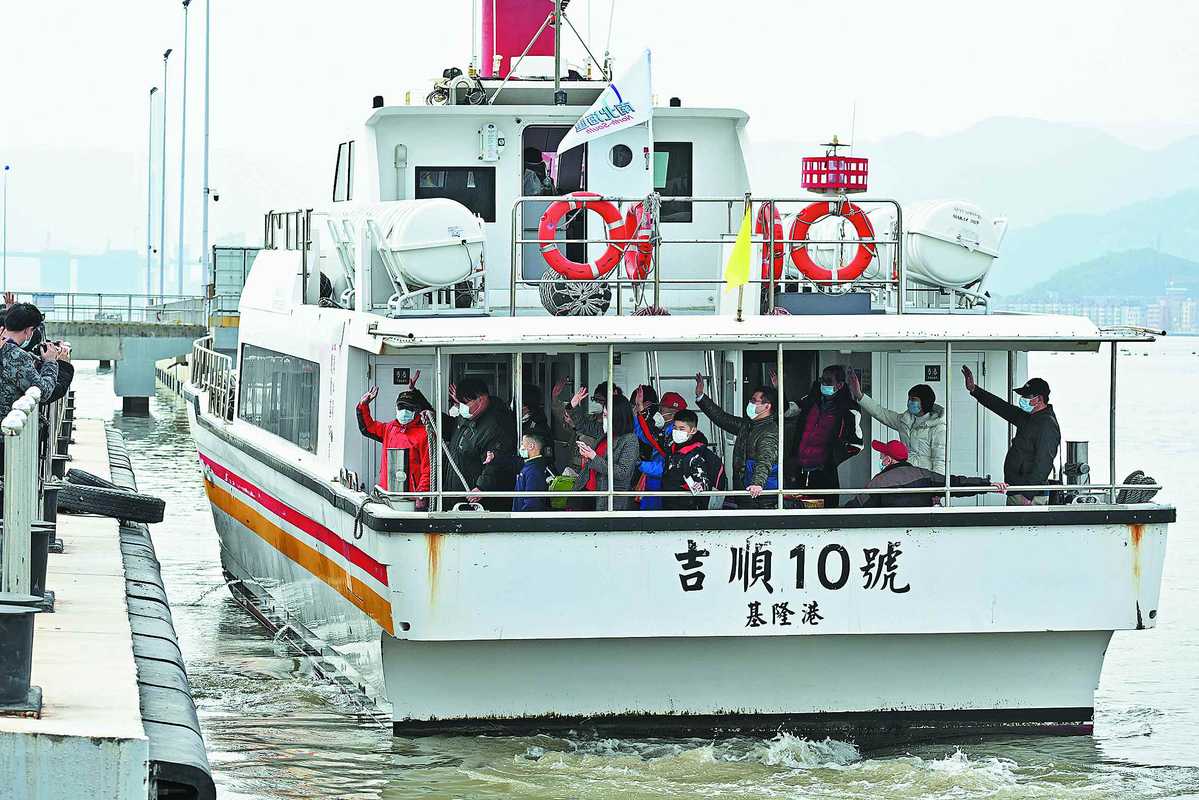 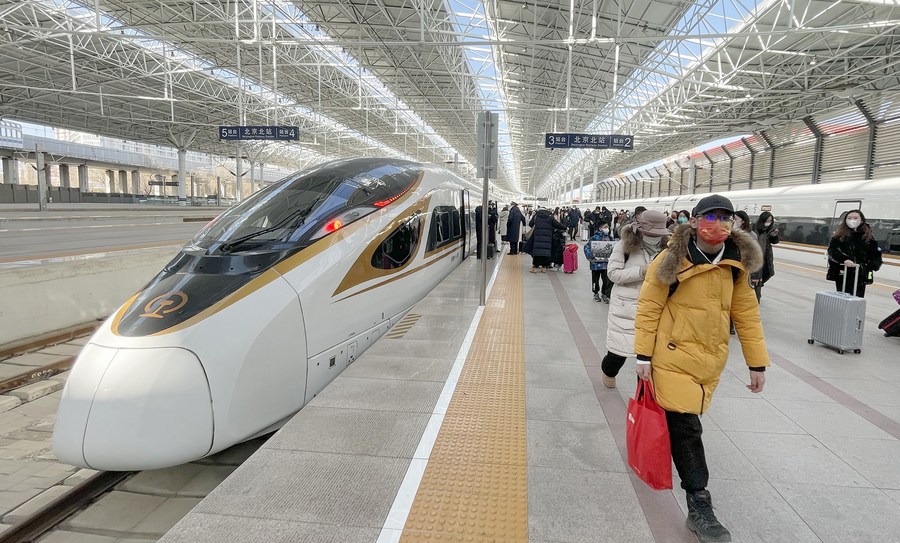 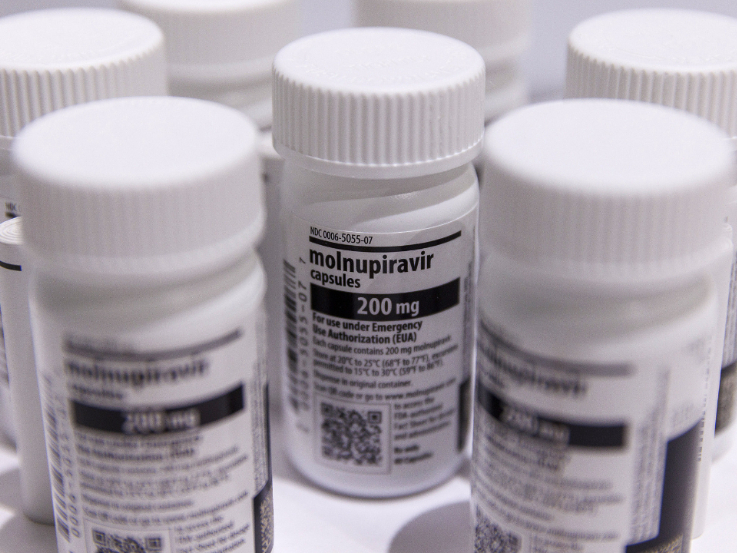 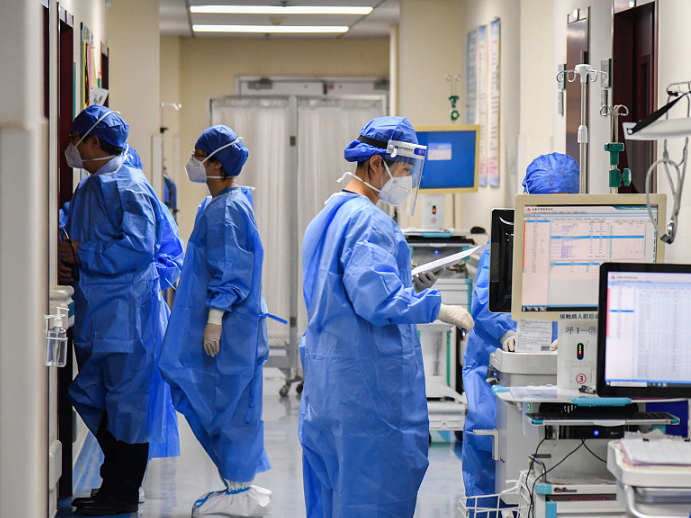 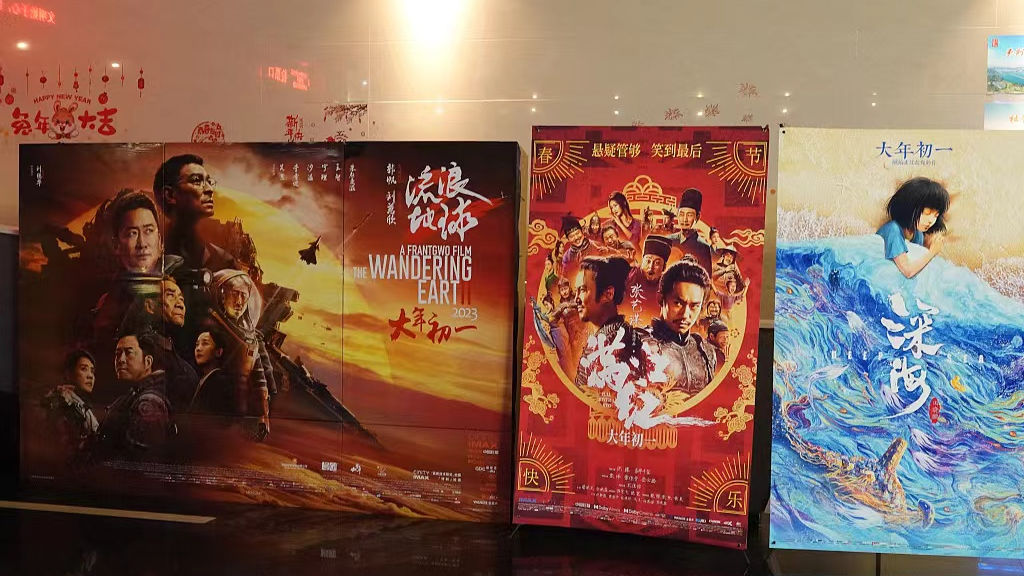 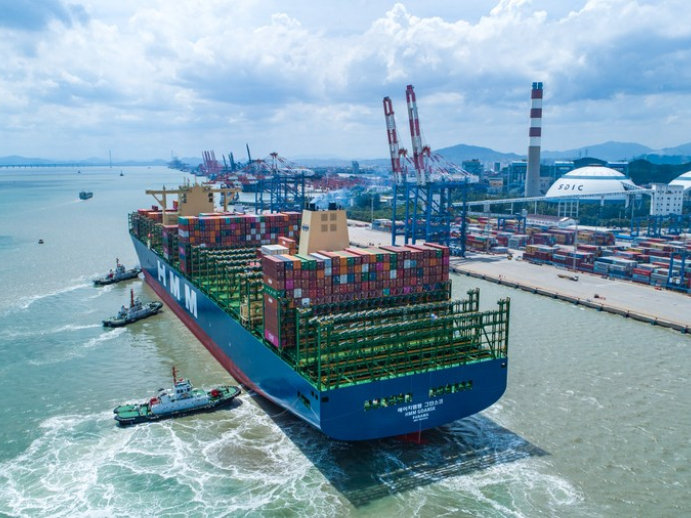 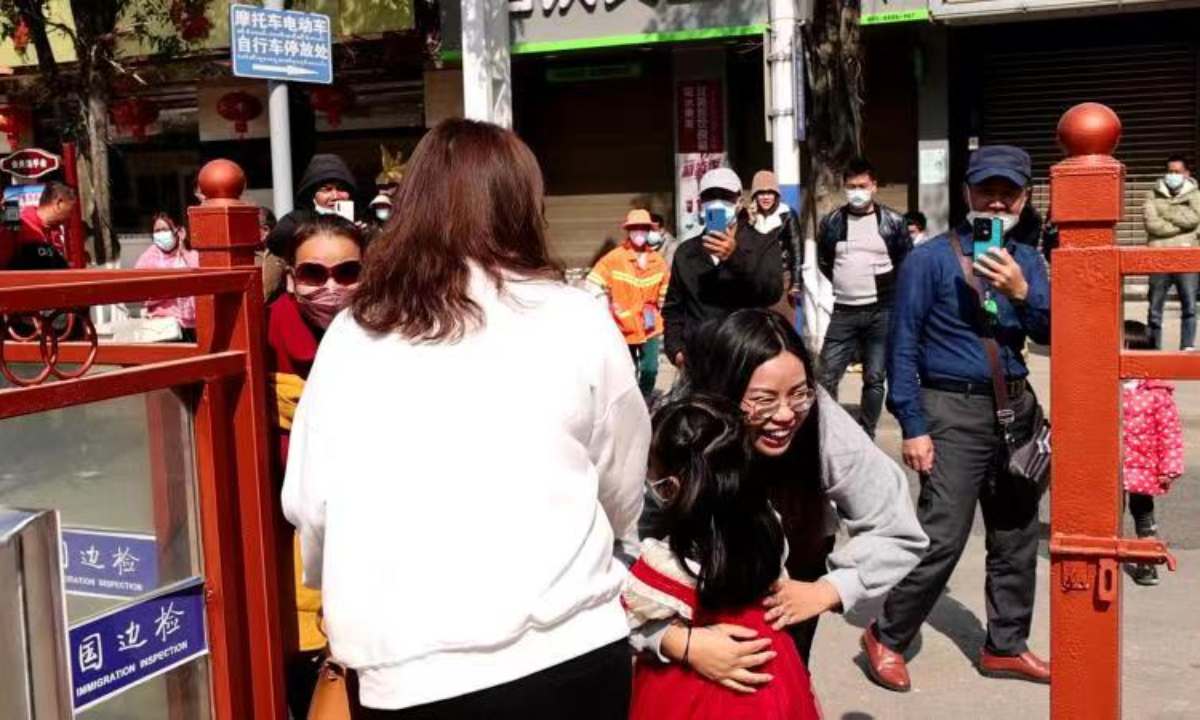 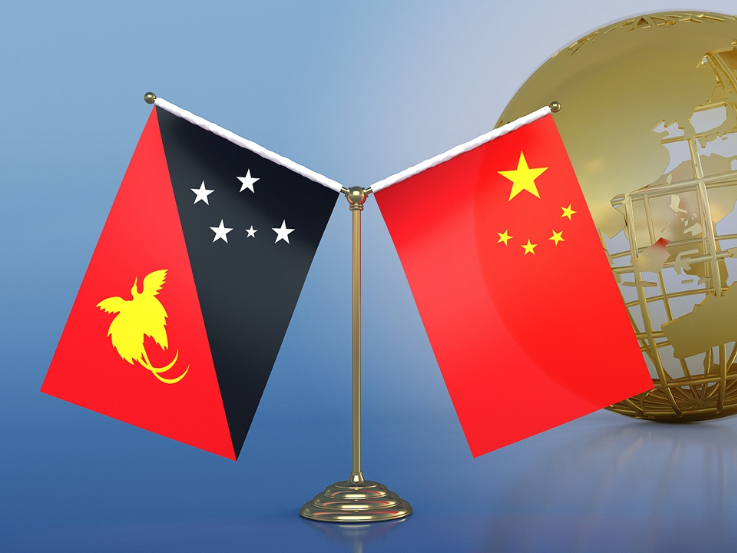 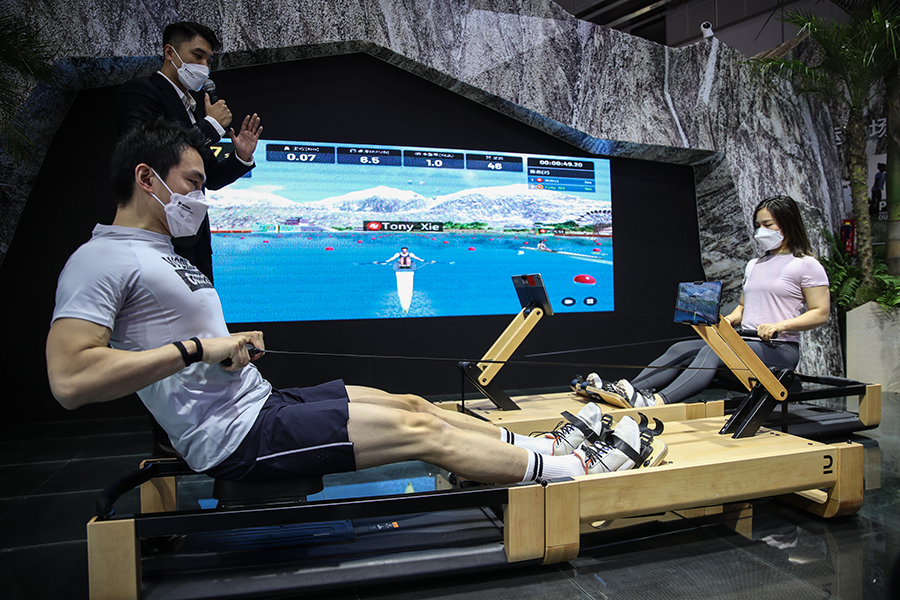 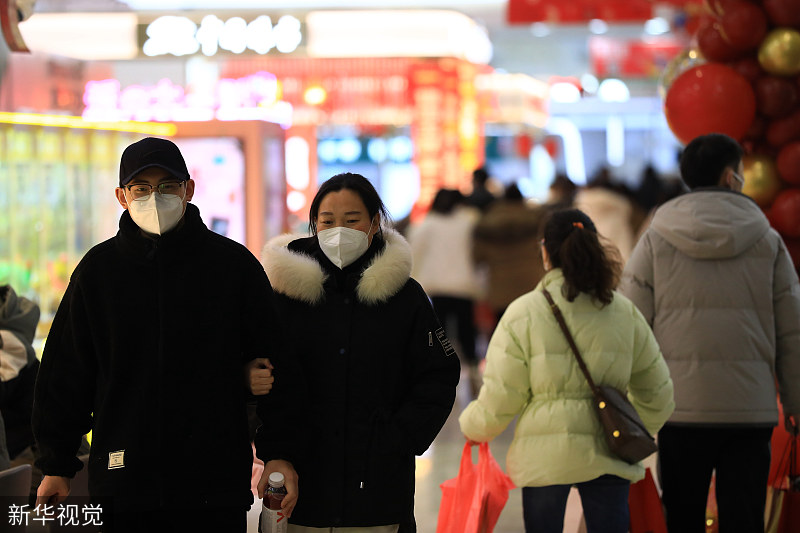